Family friends said 9-year-old McKenzie Kinley died Sunday in a “tragic accident” after being electrocuted while swimming at her father’s house in Citrus Heights, KCRA reports.

“I just fell to my knees,” said family friend Janie Perduta. “It was just as bad if would (she) have been my own granddaughter.”

McKenzie had a sleepover with Perduta’s granddaughter just three days before she died.

“I kissed them both good night and I told them I love them,” she said. “She’s just a ray of sunshine.”

“She loved everybody to watch her,” said family friend Serena Krueger. “She would always put on a show for you.”

According to Sacramento Metro Fire, McKenzie died around 3 p.m. Sunday after she was electrocuted by a wire attached to one of the underwater pool lights under repair.

“I met her mom at the hospital because you never think this is going to happen,” Krueger said. “I still don’t think it happened. It’s so tragic. She shouldn’t have been taken from us so soon.”

Krueger said McKenzie was a cheerleader, played soccer and was the talent show emcee at school. She was getting ready for fifth grade at Loomis Grammar School. 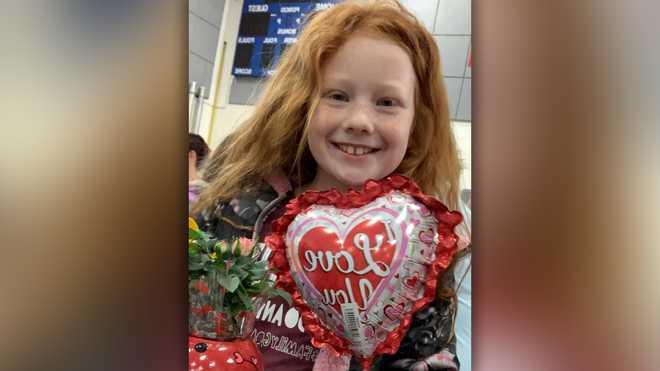 “All the kids that don’t have friends have lost their only friend,” Krueger said.

One of McKenzie’s friends at school, Aaron Hernandez, said that could not be more true.

“There’s no way I would have gone up to her because I didn’t have that self-confidence to go up to her,” the 12-year-old said. “And she came up to me and I automatically knew we would hit it off. She was amazing.”

Hernandez said he hopes his friend is remembered for her kindness.

“She was just so kind and loving and she could be friends with anyone that she met no matter what,” he said. “No matter what their differences were. She would always find a way for them to be friends.”