Aunt Jemima to get new name and logo, company says current brand based on racial stereotype 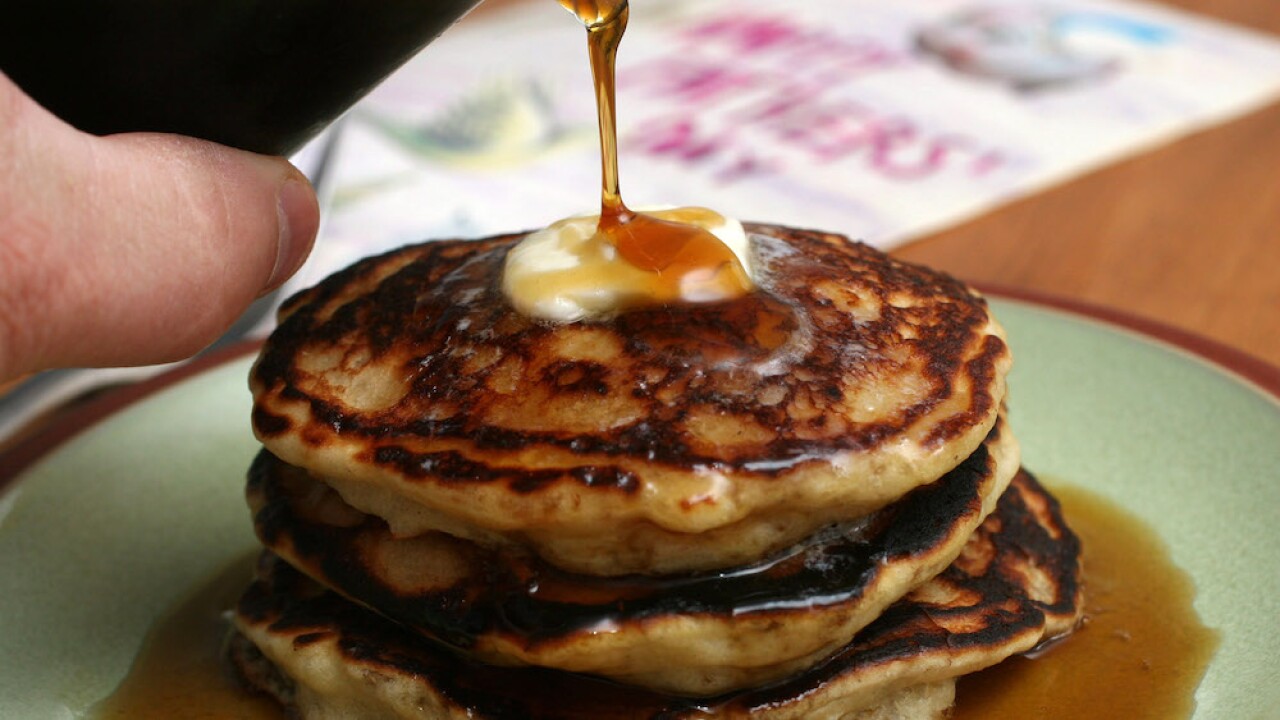 LARRY CROWE/AP
** FOR USE WITH AP WEEKLY FEATURES ** Treat Dad to a truly hearty Fathers Day breakfast with sausage and apple pancakes, shown in this April 30, 2007 photo. Made from whole-wheat flour, which absorbs more liquid than it refined brother, it really gets the maple syrup into each bite. (AP Photo/Larry Crowe)

Quaker Oats, the parent company of Aunt Jemima pancake mix and syrup, says it will completely rebrand the line — including changing the name and logo — saying the current brand is based on a "racial stereotype."

“We acknowledge the brand has not progressed enough to appropriately reflect the confidence, warmth and dignity that we would like it to stand for today,” Kristin Kroepfl, vice president and chief marketing officer of Quaker Foods North America, said in a press release. “We are starting by removing the image and changing the name. We will continue the conversation by gathering diverse perspectives from both our organization and the Black community to further evolve the brand and make it one everyone can be proud to have in their pantry.”

Bottles of syrup and boxes of pancake mix will no longer carry the image of Aunt Jemima beginning in the fourth quarter of 2020. A name change will be announced at a "later date." Quaker said the new name would "quickly follow the first phase of packaging changes."

The press release did not indicate what plans the company had for the new brand.

Aunt Jemima debuted in 1889 as the "world's first" ready pancake mix. For decades, the Aunt Jemima mascot drew on the "mammy" stereotype — a minstrel caricature of black women that reinforces slavery-era values like loyal servitude. The caricature is often represented as a heavy-set black woman with a handkerchief in her hair.

The mascot evolved throughout the years, but it wasn't until 1989 that the brand redesigned Aunt Jemima to remove her handkerchief and add "pearl earrings and a lace collar" to give her a more "contemporary look."

“We recognize Aunt Jemima’s origins are based on a racial stereotype," Kroepfl said. "While work has been done over the years to update the brand in a manner intended to be appropriate and respectful, we realize those changes are not enough.”

Aunt Jemima's rebrand comes as institutions across the U.S. hold conversations about race amid nationwide protests, calling justice for George Floyd. Floyd's death in police custody in Minneapolis on Memorial Day has prompted weeks-long, mostly peaceful protests in dozens of cities across the country against racism and police brutality.

In its press release Tuesday, Quaker said that the Aunt Jemima brand would donate "a minimum of $5 million over the next five years to create meaningful, ongoing support and engagement in the Black community."