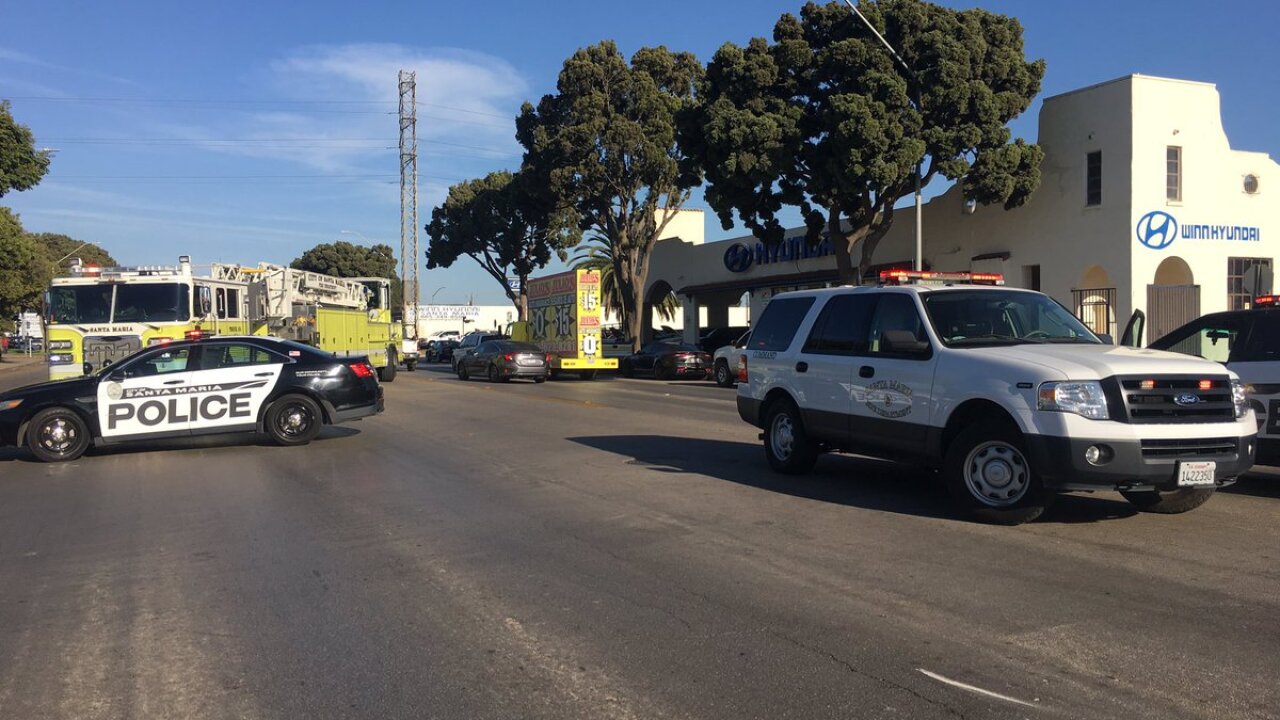 People are being asked to avoid the area of West Main Street and Benwiley in Santa Maria after a bicyclist was hit by a car Friday afternoon.

Fire officials said one person was taken to the hospital by helicopter with what were described as serious injuries.

The Santa Maria Police Department is handling the crash investigation.

Truck 1, B212, SMPD and AMR responded to a vehicle vs bicyclist at W Main and Benwiley. One pt w serious injuries was transported to Cottage via Cal Star w serious injuries. SMPD investigating. Please avoid the area. pic.twitter.com/HgAsSfu0qN