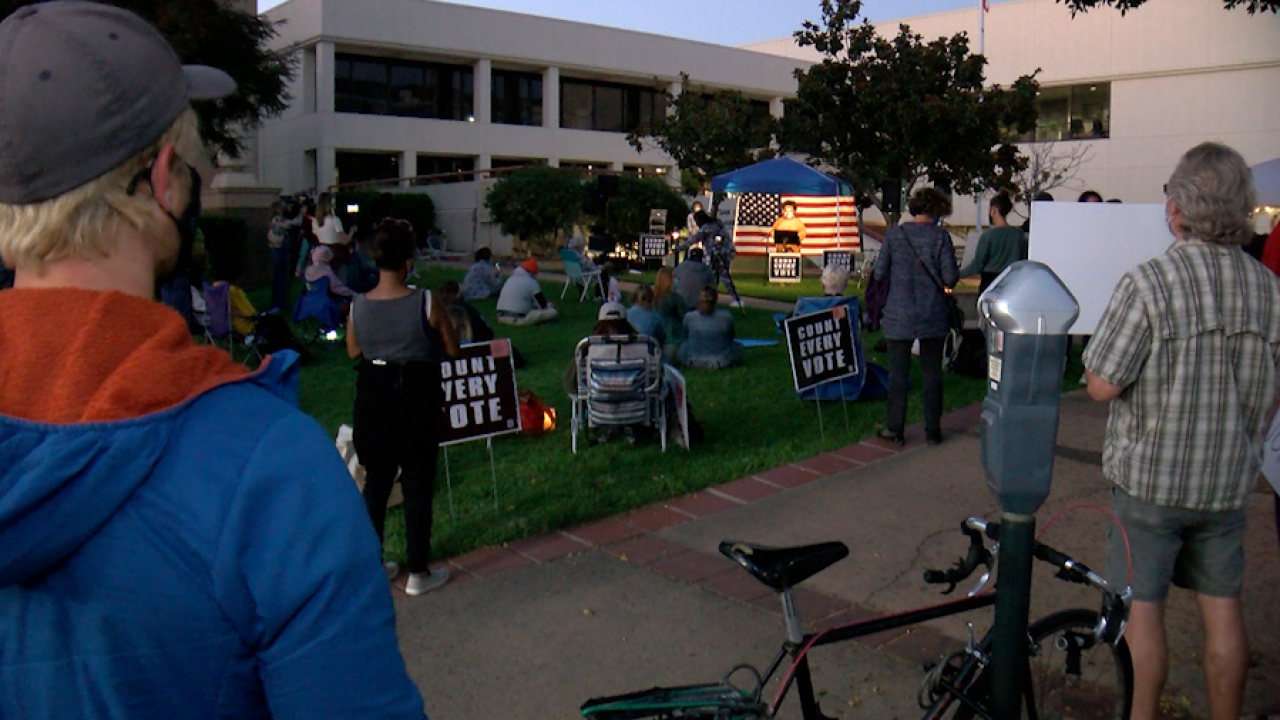 Thousands of ballots still need to be counted across the Central Coast and while voters here say they feel confident about the counting process, the same cannot be said in other battleground states.

A "Count Every Vote" rally was held in downtown San Luis Obispo the evening of Nov. 4 as part of a nationwide movement to not only support democracy, but also in response to President Donald Trump requesting to stop vote counting in states like Pennsylvania and Michigan.

"We have confidence in the way the election was conducted locally, but we wanted to be a part of that national voice to defend elections," said rally organizer Martha Cody.

The same can't be said in other parts of the country.

In Detroit, Michigan, people gathered outside of where ballots were being counted on Nov. 4, urging poll workers to stop, following President Donald Trump's legal challenges.

"The president has already taken steps to de-legitimize some of the results; it's pretty obvious what he's trying to do right now. I wanted to highlight so far in SLO County, the vote has gone really well," Max Hokit, a representative for Congressman Salud Carbajal, said.

While many were pleased with how the election was handled locally, several speakers at Wednesday's rally pointed to hurdles that were in the way of voters across the U.S.

"No one should stand in line to vote for over 10 hours to vote ever again, no state should require multiple forms of identification to vote, no one should have to go to court to have their ballot envelope postmark honored," Clint Weirick, a representative for CA Senate Candidate John Laird, said.

As votes continue to be counted, activists like Dawn Addis (who is still in the middle of a close race for the 35th Assembly District), are asking people to stay hopeful.

"We must keep hope close in our hearts. We must show up. We must not back down until every vote is counted," Addis said.