What to know about Proposition 17 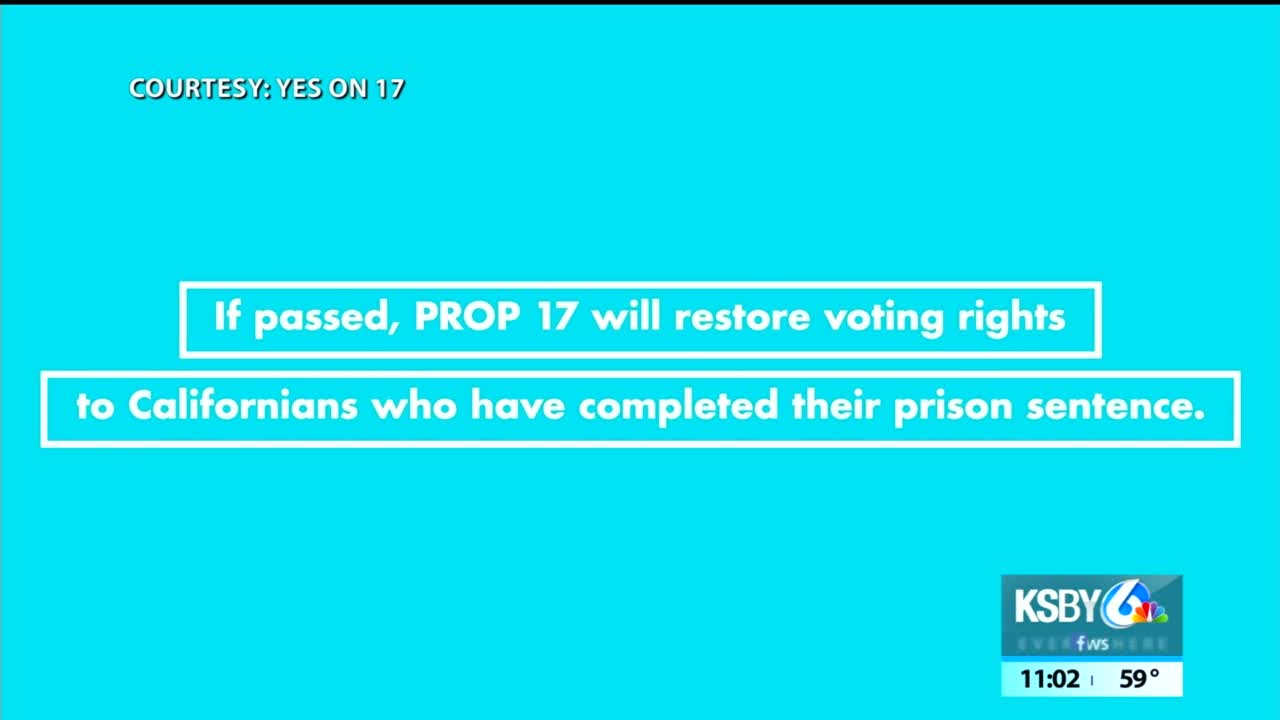 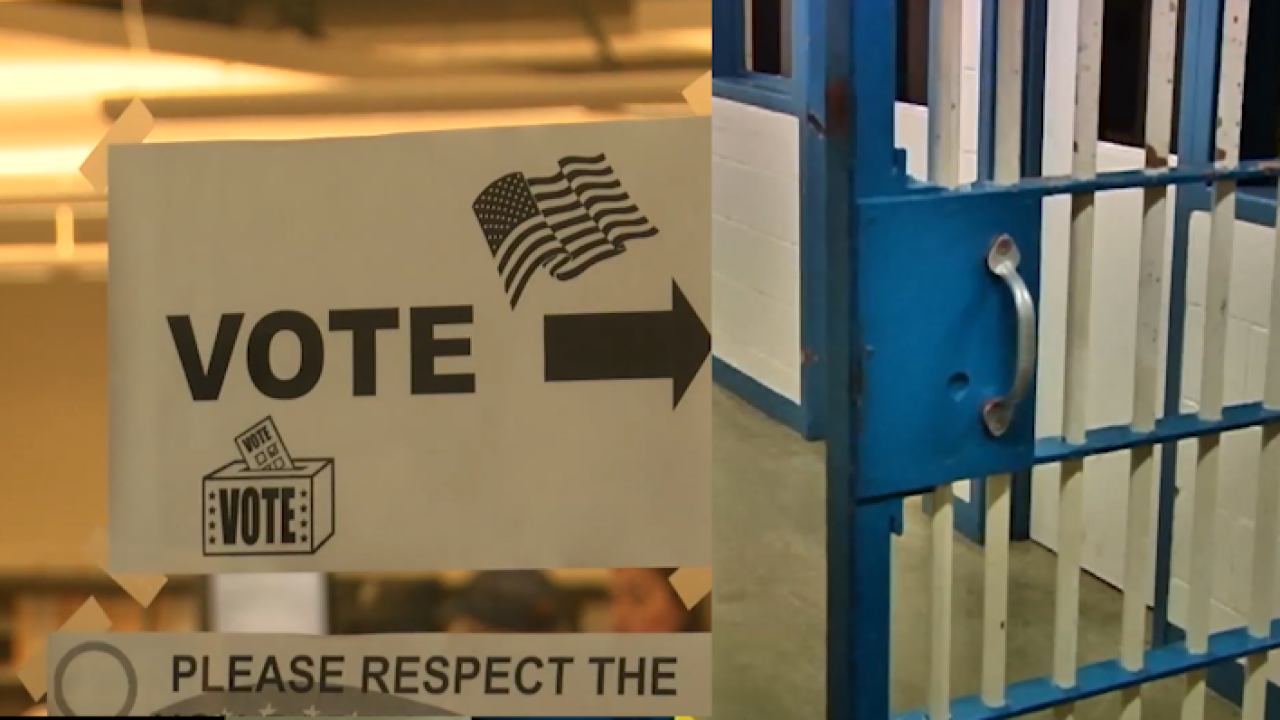 Early voting started Monday for millions of Californians, with a few exceptions.

Felons on parole lose their right to vote, but Proposition 17 is looking to change that.

When it comes to this proposition it’s important to know the difference between probation and parole.

Probation is a part of the offender's initial sentence whereas parole comes after and allows the person an early release from prison.

People on probation already have the right to vote and if this proposition passes, those on parole will too.

Dora Pacheco's husband is one month away from being released from the California Men's Colony in San Luis Obispo on parole.

"He fell under Prop 57 and we are excited for him to come home," Pacheco said.

While he's looking forward to so many aspects of returning to his life back at home, Pacheco says he also wants to get involved civically.

"(Formerly incarcerated people) are coming into society as a regular person and paying their taxes and doing what they need to do as a human being in the community - why not vote? Why not restore those votes for everyone who is coming out?," Pacheco said.

That's where Proposition 17 comes in, a proposition on this November's ballot that would restore voting rights to the more than 50,000 Californians on parole.

"(The proposition) came from previous legislation that had us give the rights to people that have misdemeanors and now these are the people that who have felonies that are on parole. So it's just another step in the right direction to remove some of those Jim Crow era disenfranchising laws that really plague the black and brown and indigenous community," explained Shay Franco-Clausen, Ballot Measure Campaign Manager for Yes on Prop `17.

"(The) Republican Party opposes Prop 17 because it would let criminals who are still serving their sentences for murder or for rape to actually vote and that's a real slap in the face to the victims who have suffered so horribly," Gregory Gandrud, Treasurer of the California Republican Party, said.

The people behind the Yes on 17 campaign say if this passes, they would next like to see those who are still in jail get the right to vote, something already happening in states like Maine and Vermont.

We reached out to the District Attorney of San Luis Obispo and Santa Barbara Counties.

When a person completes their prison sentence, pays their debt to society, they should be encouraged to engage in all aspects of improving the quality of their community and their country.