Margo Benson-Hammer claims her husband, 62-year-old Russell Alan Hammer, was improperly diagnosed and did not receive mental health treatment while he was in custody.

According to the legal filing, Hammer had no prior criminal record prior to his arrest on November 6, 2017.

Hammer was booked into the jail on November 6, 2017, accused of stabbing his wife in a Morro Bay RV Park.

The lawsuit alleges Hammer at the time was suffering from a number of medical and mental issues, including acute psychosis.

But, according to Hammer’s family attorney Paula Canny, he did not receive his prescribed medications while in jail.

Instead, the family asserts, staffers placed him in solitary confinement.

Within 24 hours of being placed in jail, the document states that “Russell Hammer had further decompensated to the point that on November 7, 2017 Russell Hammer was eating his own feces “per command auditory hallucinations.”

Hammer died on Nov. 27, 2017, as the result of a pulmonary embolism due to deep vein thrombosis in his left calf, according to a coroner’s report.

The lawsuit accuses more than a dozen people, hospitals, and San Luis Obispo County institutions of causing his death.

“It took a village of people for Russell Hammer to die,” Canny said. “So many people didn’t pay attention to him. It’s tragic and heartbreaking.”
Rita Neal, counsel for San Luis Obispo County said she had not seen the latest jail filing, but that the county intends to vigorously defend itself against the lawsuit. 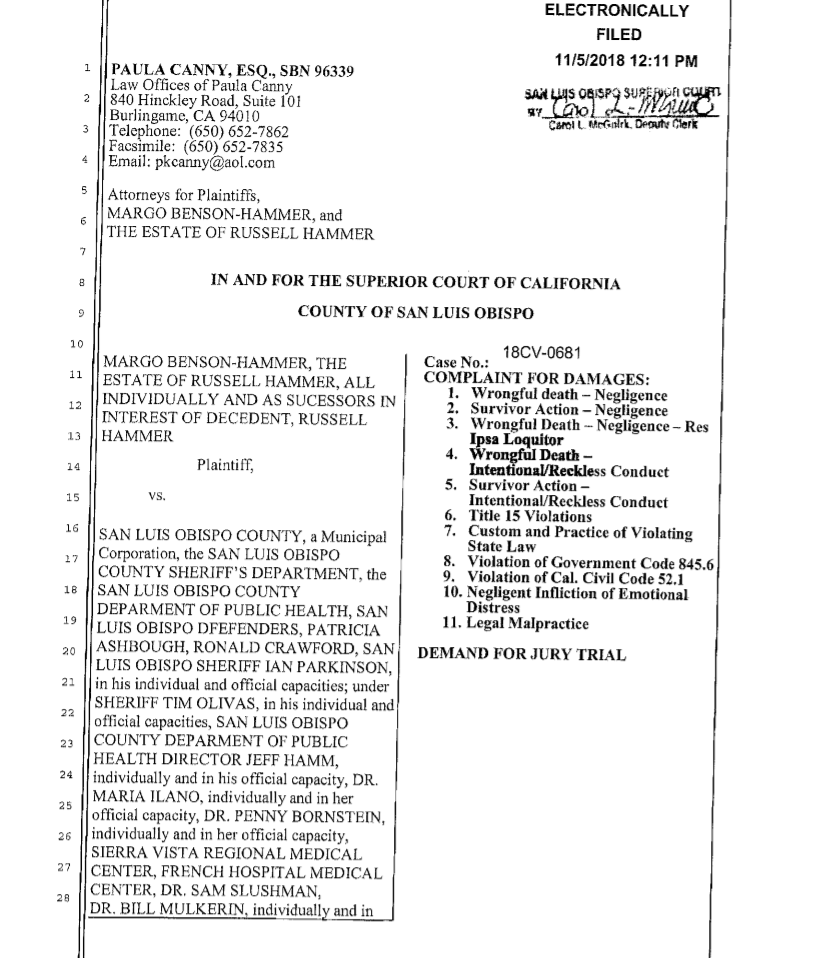 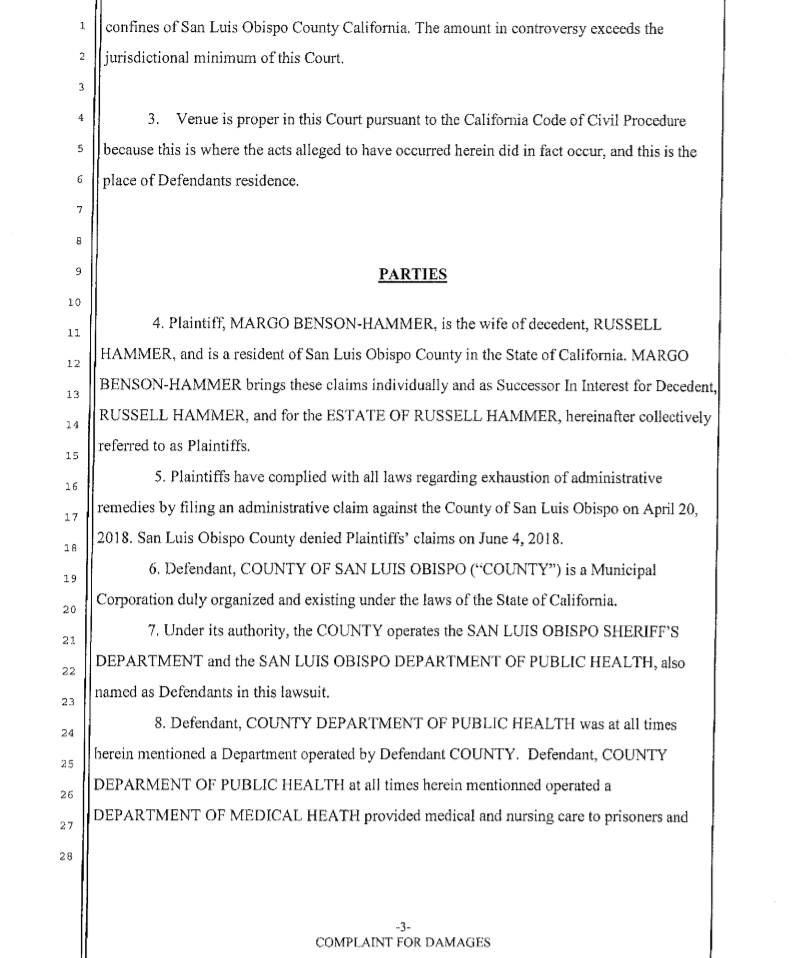 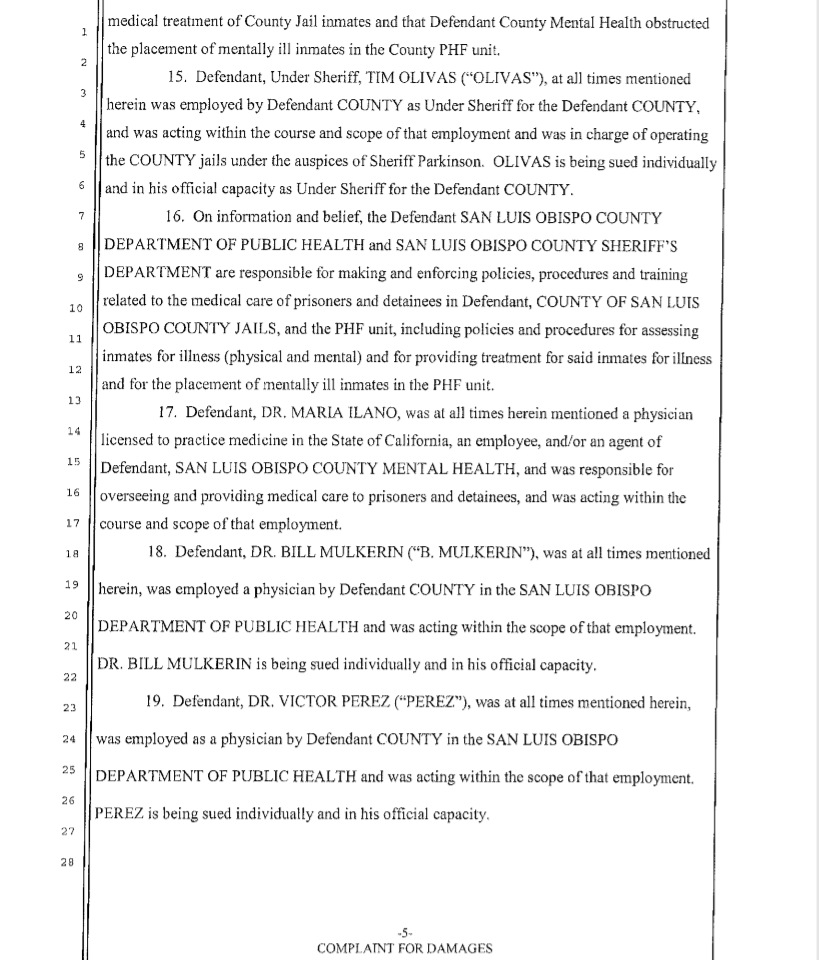 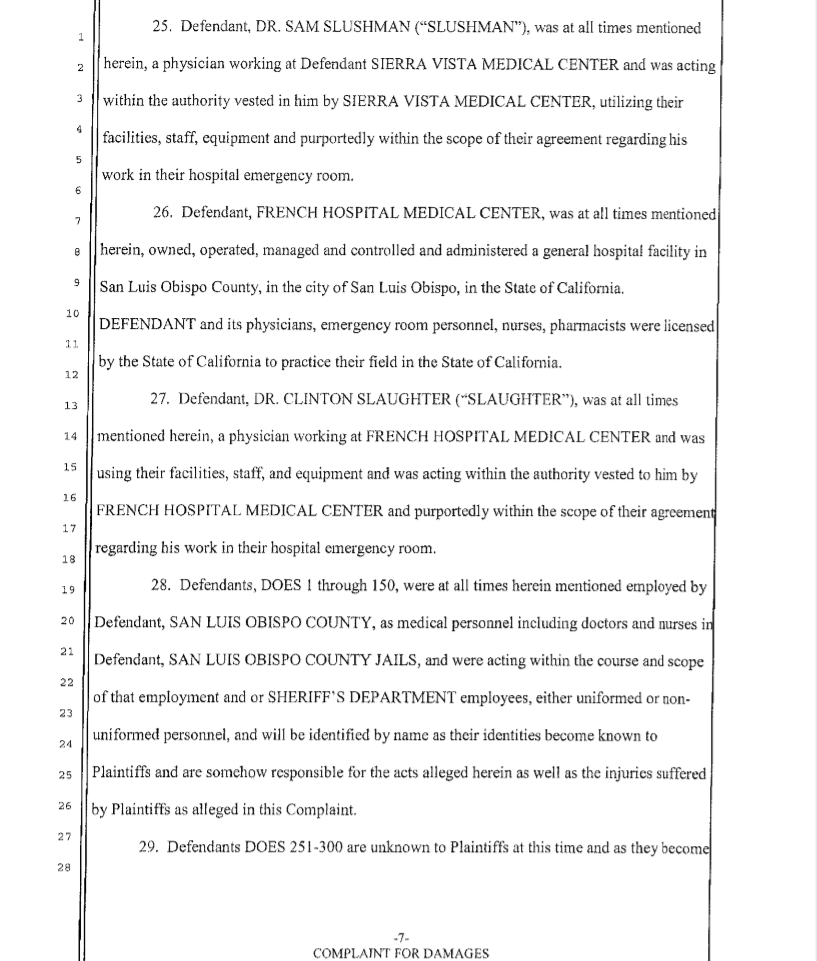 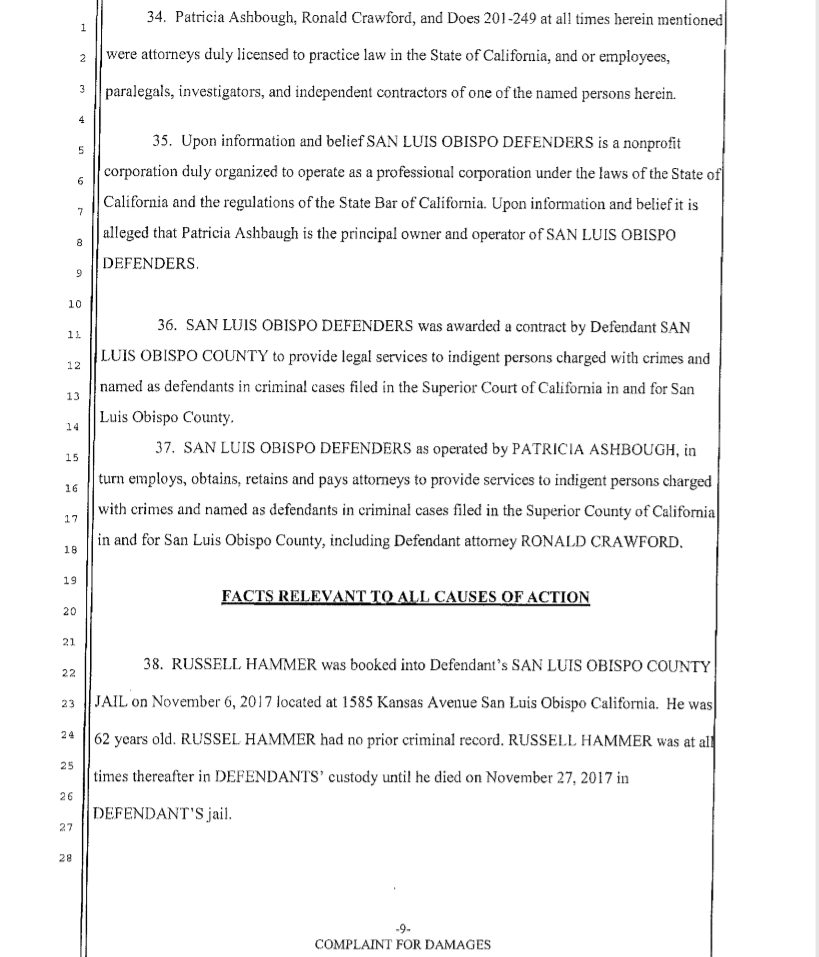 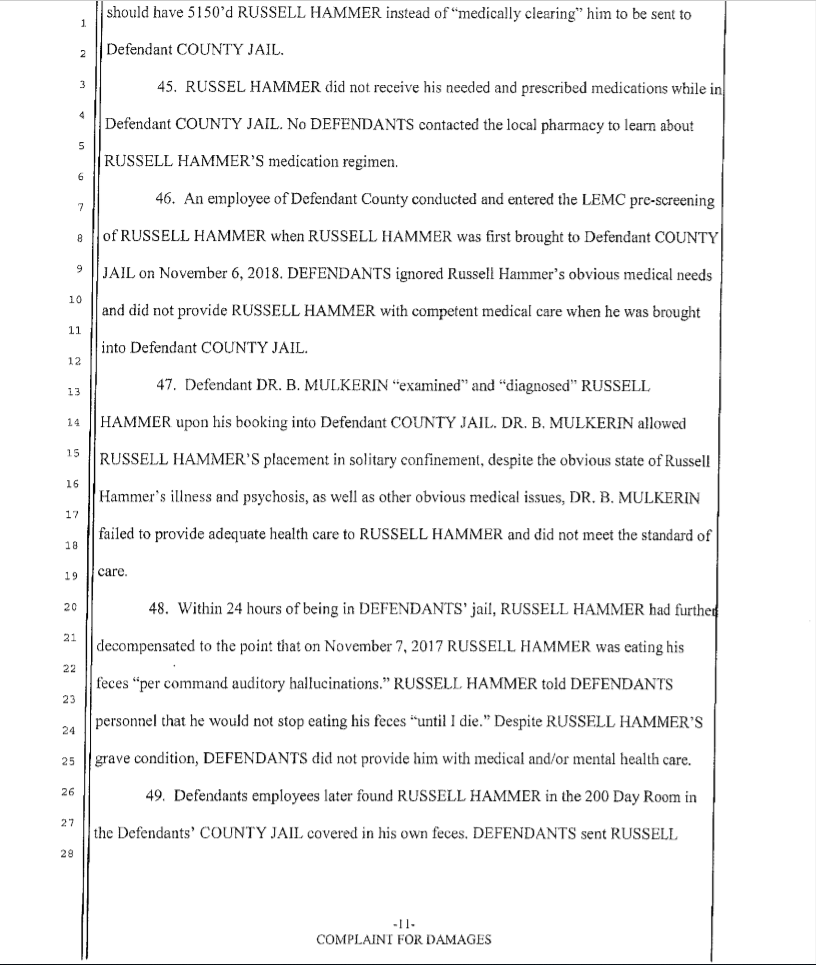 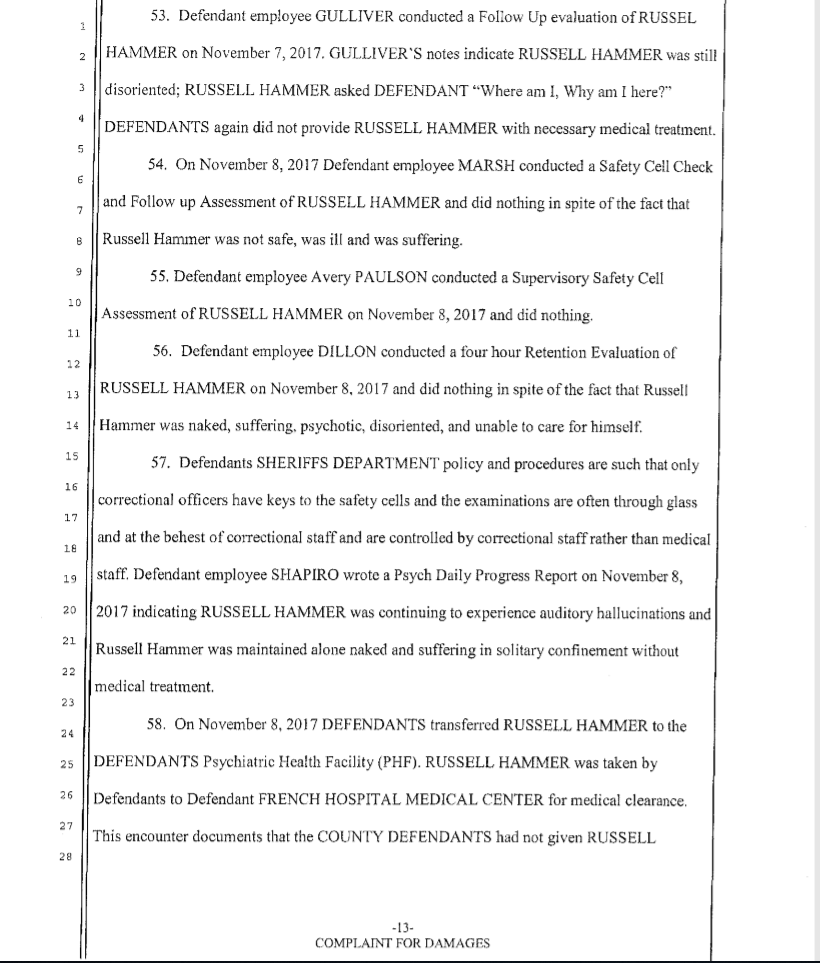 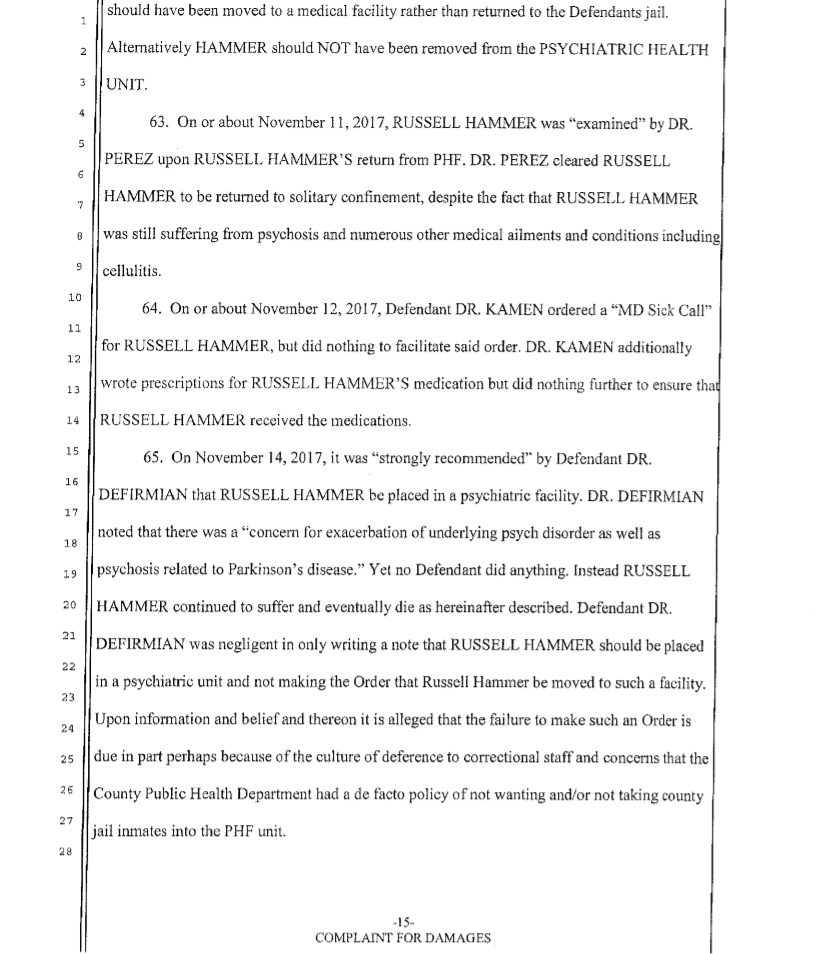 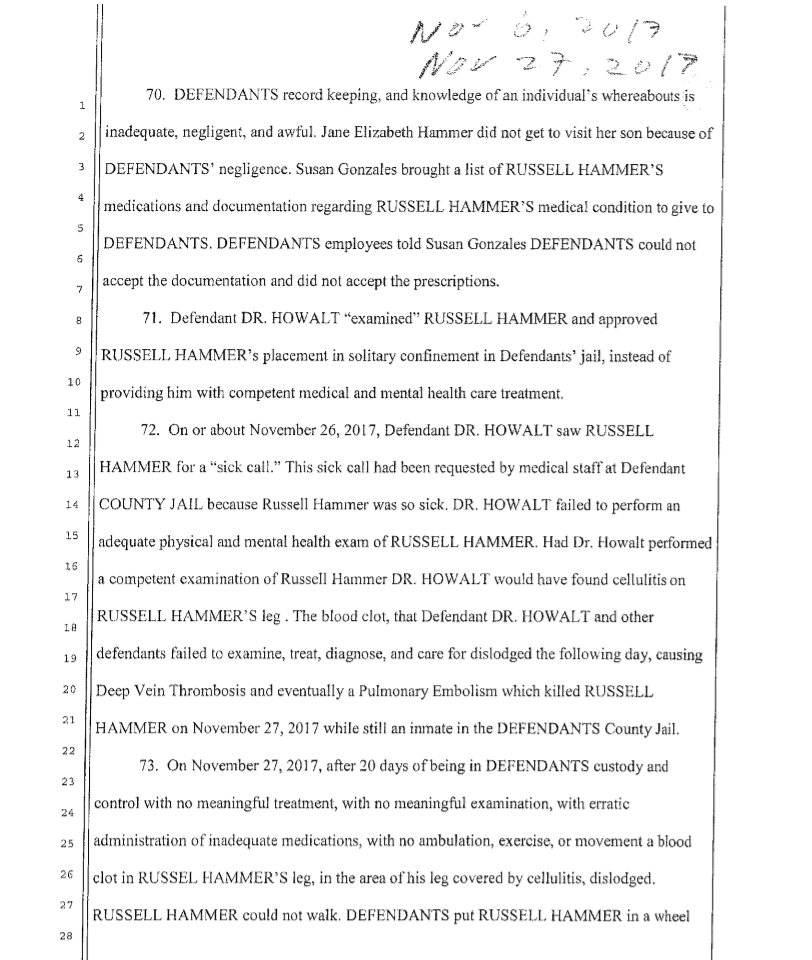 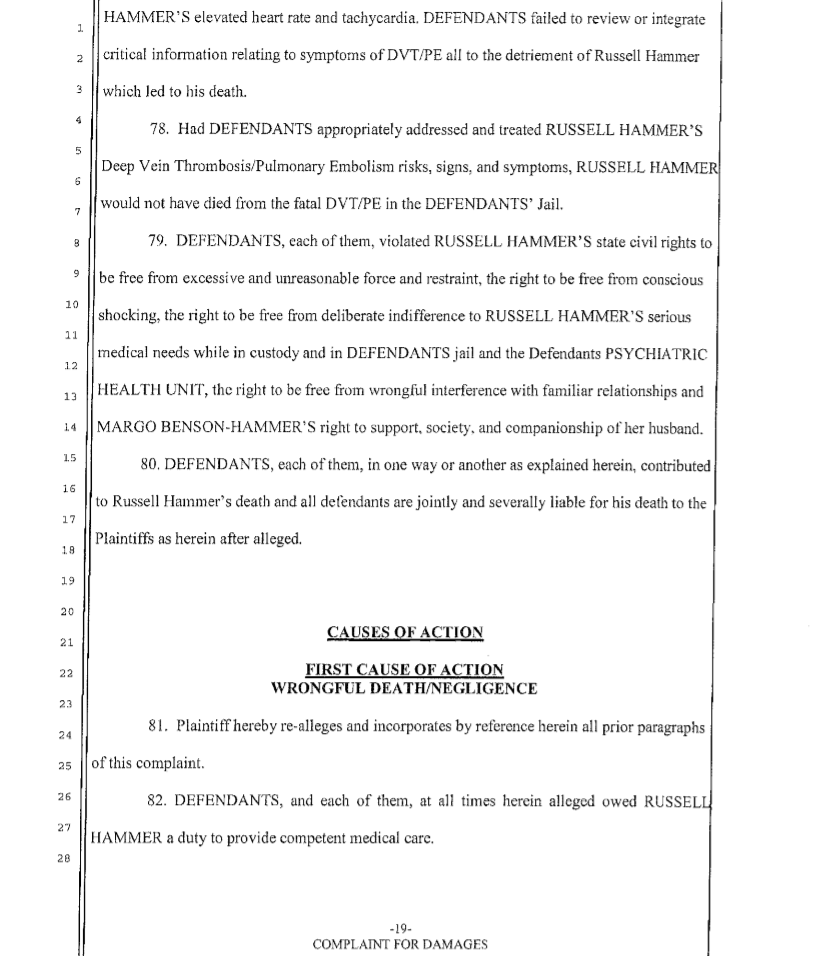 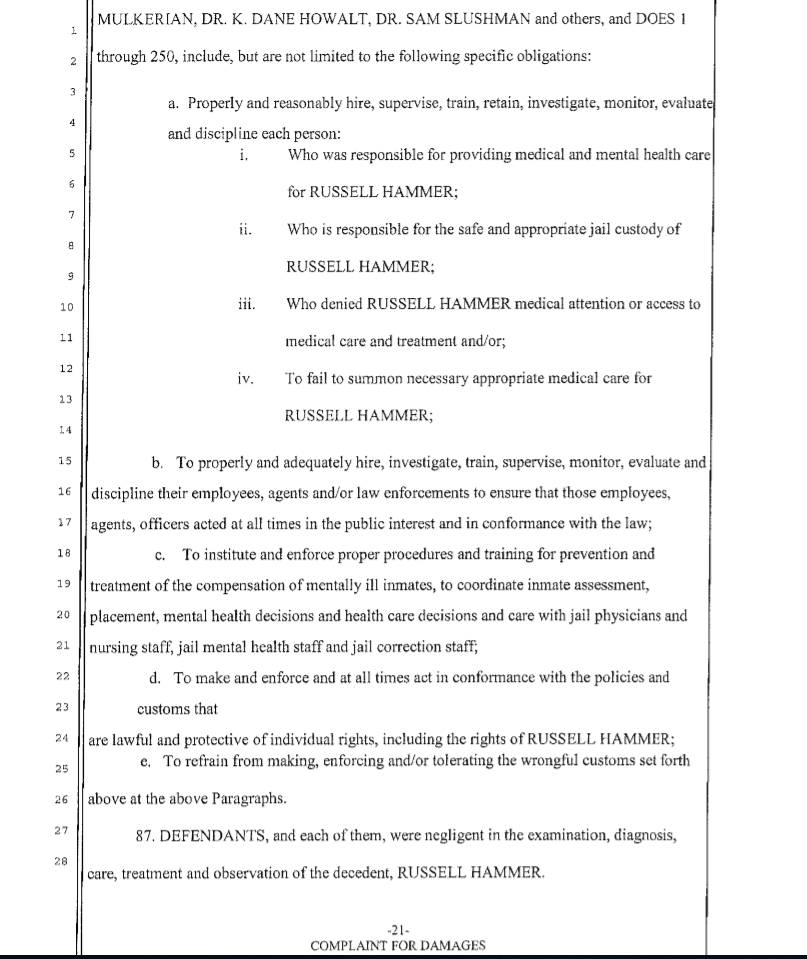 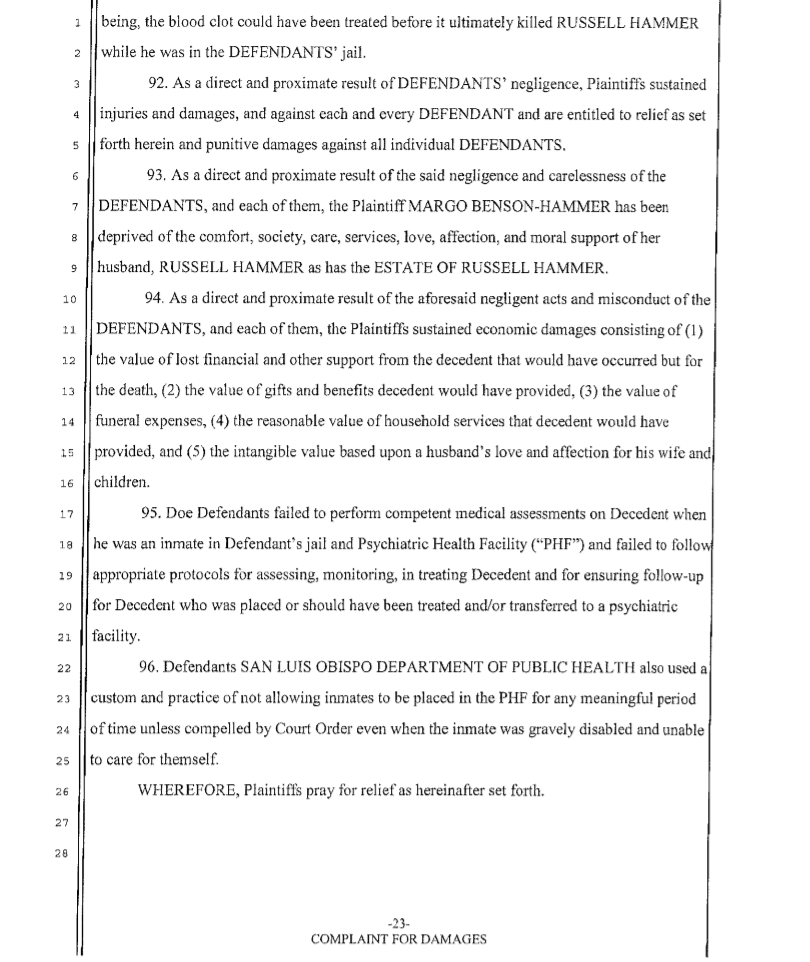 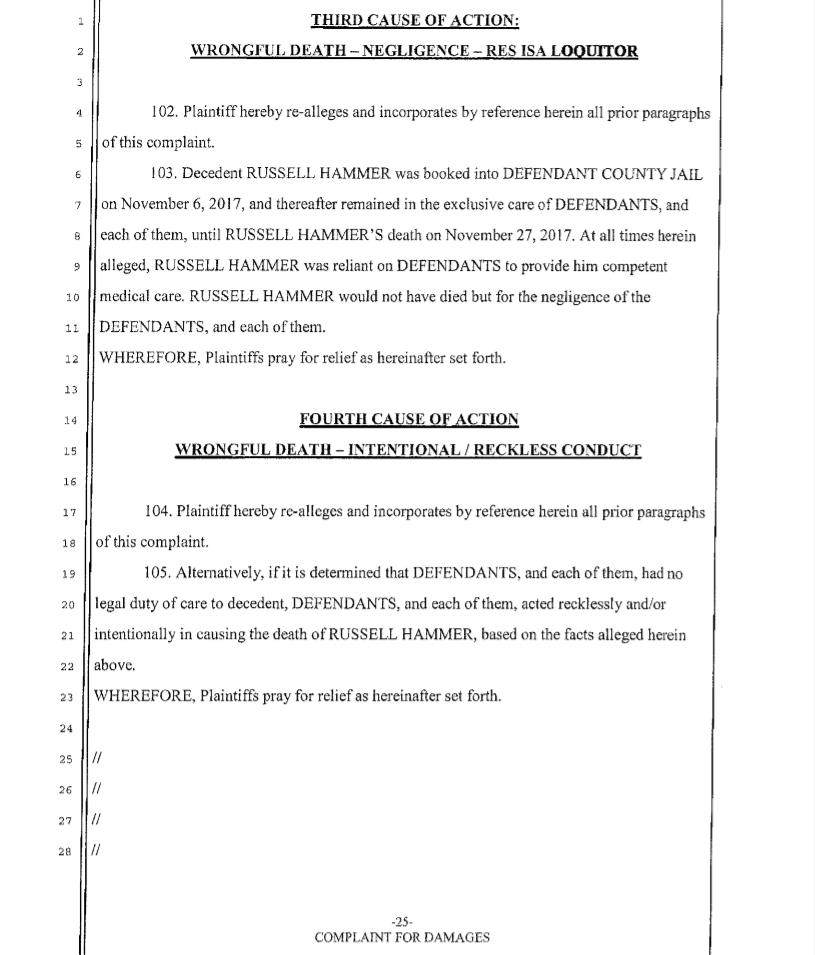 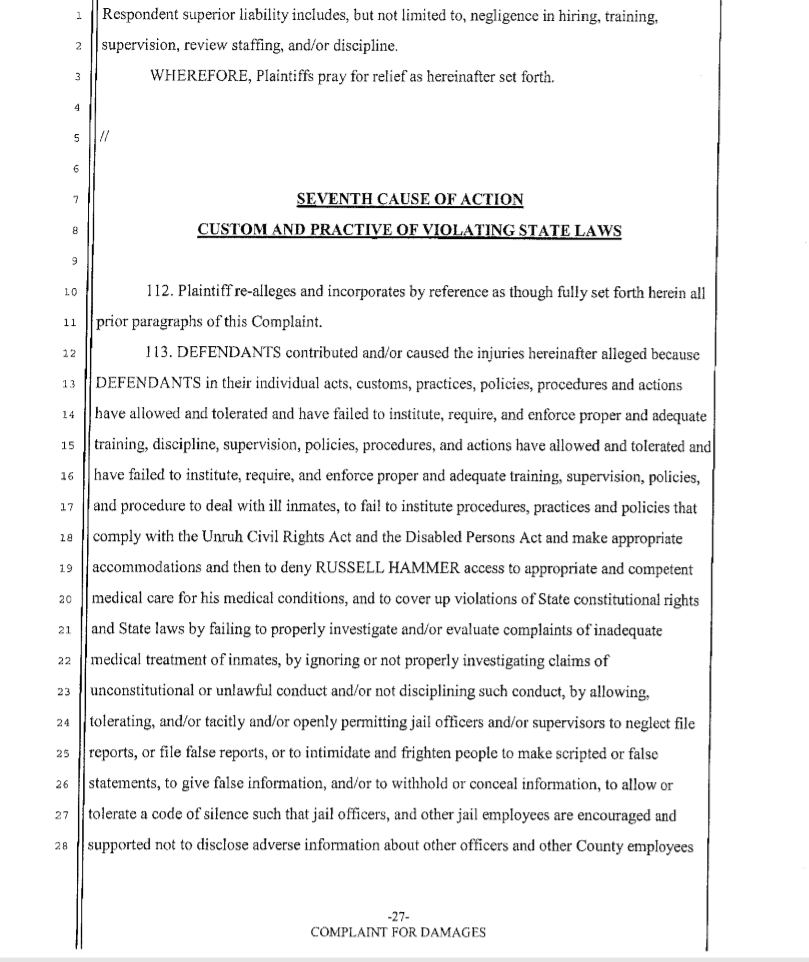