Several neighborhoods off West McCoy Lane in Santa Maria are on high alert after several neighbors say they caught the same man allegedly burglarizing homes and vehicles on security footage.

So far police don’t know who this man is or how old he may be, but they’re hoping to find him soon before he hits more homes.

The neighborhood watch signs, beware of dog signs and even obvious security cameras have not been enough to keep this man away from homes off West McCoy Lane.

For Phyllis Anderson, her backyard break-in came as a shock.

Anderson says her family put their wetsuits out of sight under a backyard umbrella to dry out and the next morning they were gone and her gate was left open. She says she immediately contacted a neighbor who has cameras that show part of her property and that’s where they saw the man. 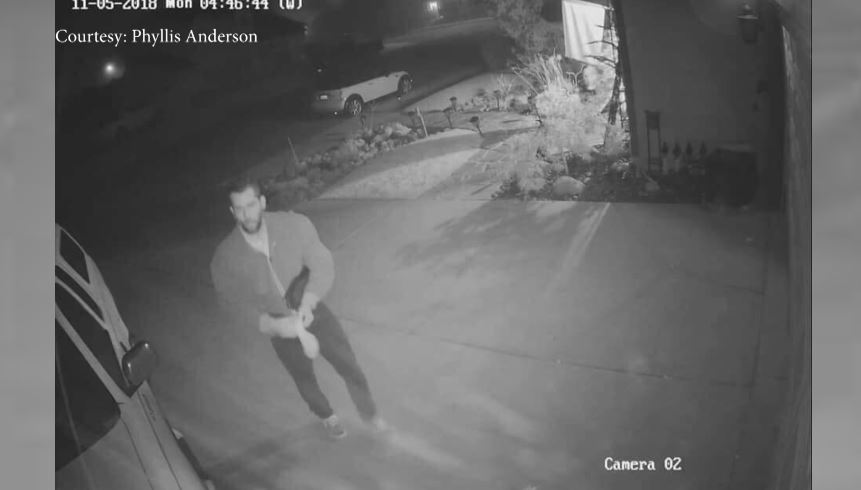 “It felt like it was just a one time event but when we called the police department, like we were encouraged to do, they said yes, there had been some other break-ins. So we put it out on social media and people immediately started responding like, ‘hey, we have video surveillance of the same guy,'” Anderson said.

So far, Santa Maria Police say they have four open cases around this neighborhood with the same person of interest for residential burglary.

“Unfortunately, we can’t stop every crime from happening even if we put a camera up, but again at this point, if we didn’t have these cameras or these photos that came from these camera systems, we wouldn’t have any leads to go on,” said Sgt. Eligio Lara, Santa Maria Police Department.

Now, neighbors like Anderson are purchasing their own surveillance cameras to have even more eyes on what was once their quiet street.

“I think just, you know, if they see a little sign that says ‘smile, you’re on camera,’ or video surveillance then maybe they’ll think twice about bothering our stuff,” Anderson said.

Santa Maria Police say installing security cameras in a visible place is one of the best ways to deter crime. They recommend if people do get surveillance cameras, to register them with the police department through their Citywide Neighborhood Watch Program.

Anyone with information on who this man may be is asked to call SMPD.