The Santa Barbara County Sheriff’s Office says most people in the Thomas, Sherpa and Whittier fire burn areas that were told to evacuate have done so or planned to do so by Tuesday morning. 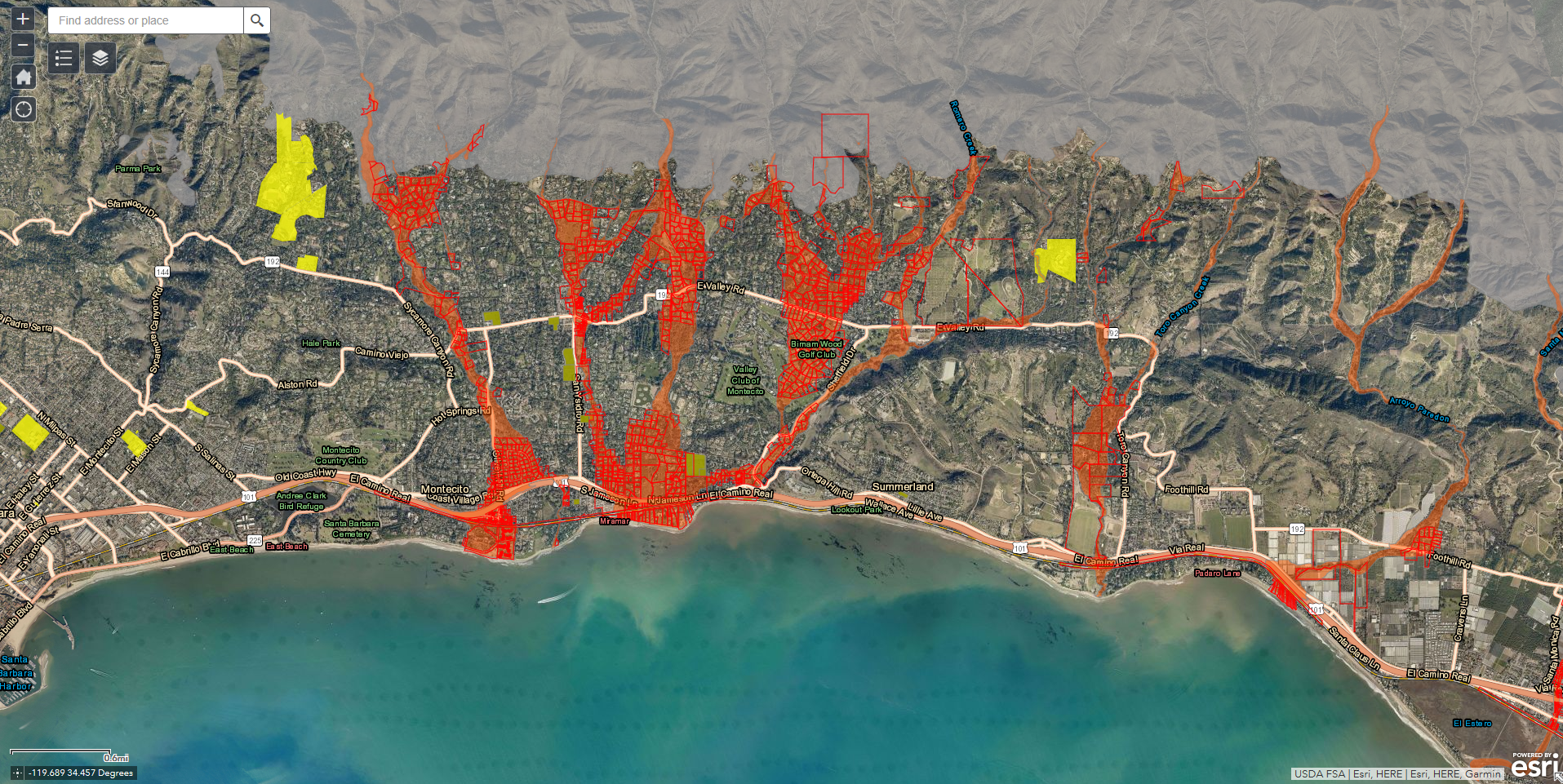 Sheriff’s officials have finished going door-to-door in those areas, warning people to get out.

“People seemed relaxed,” said Santa Barbara County Sheriff’s Office Sgt. John Maxwell. “They were very receptive and appreciative of us being out and we encountered in the areas we were in very few people that were electing to stay behind. Most people were heeding the warnings and going to evacuate.”

Sheriff’s spokesperson Kelly Hoover says only a small percentage of residents chose to stay behind.

‘This is not any kind of storm to mess with,’ OES director says of Tuesday’s storm

Law enforcement is now patrolling the evacuation areas and anyone found there who doesn’t belong will be questioned.

“If we see anyone moving around the evacuated homes, we contact them. We find out if they have a legitimate purpose for being there or not, but there’s no way to tell if someone belongs here or not. It’s just a matter of getting out and talking to anyone we encounter,” Sgt. Maxwell explained.

People who evacuated can go to the evacuation center at the Goleta Valley Community Center to seek help from the Red Cross.

“We are prepared to provide three meals a day, snacks, warm blankets and just meet the immediate needs of people who need to evacuate. We will have personal care items here on site as well as staff that can provide disaster mental health as well as other health services,” said Red Cross Executive Director Kimberly Coley.

The center in Goleta is able to host 65 people overnight. The Red Cross says other shelters in the area are on standby with volunteers in case they are needed.

The sheriff’s office is also asking people who live next to the evacuation zones to avoid using roads in those areas because the roads could become unsafe during peak periods of rain.

For updated evacuation information and to sign up for Aware and Prepare Alerts, visit readysbc.org.