At about 2:45 a.m., crews were called out to the Bob Jones trailhead where a man was stuck on an “island” created by two channels of water on both sides of him.

San Luis Obispo Fire Department Interim Chief Keith Aggson says the man took to higher ground and at one point had to climb a tree due to the water that had risen six to seven feet.

Firefighters were staged in the area but due to the heavy flow of water and vegetation in the area, they decided for safety reasons to wait until after 6 a.m. to attempt the rescue.

Aggson says the man declined medical treatment but did say that his entire encampment had been washed away.
While that rescue was taking place, firefighters were called out for another rescue about a quarter-mile away in a creek bottom just south of Los Osos Valley Road. 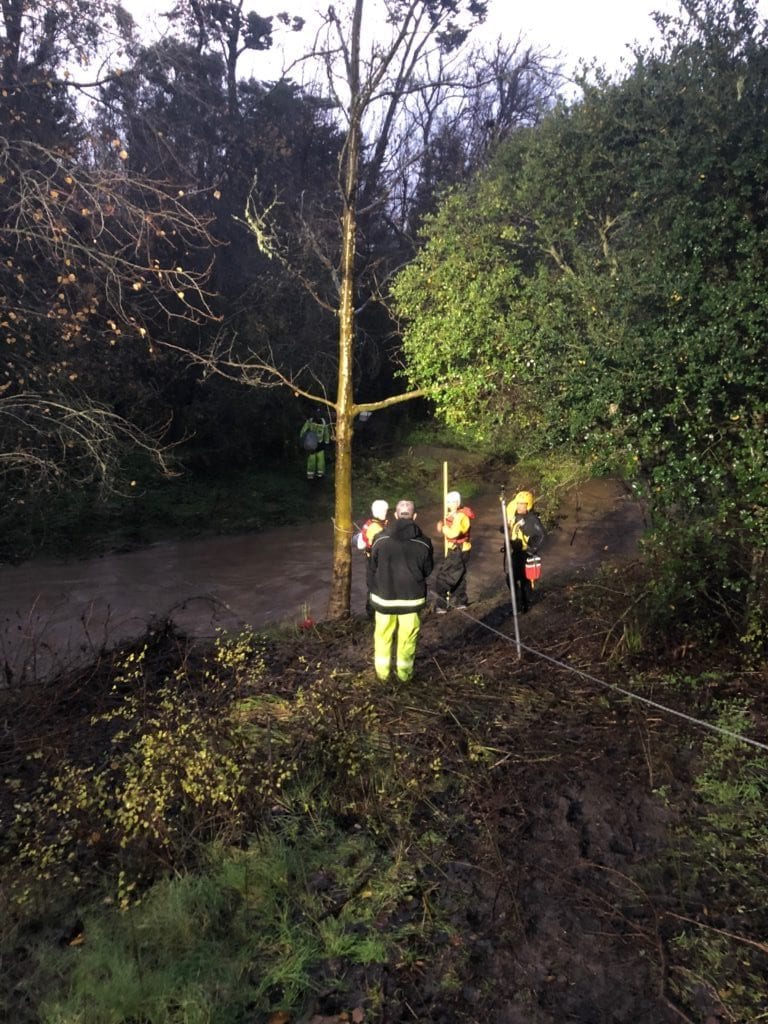 Aggson says a couple in a tent were about 25 feet from the embankment. A rope system was used to pull them to safety.

They also declined any type of treatment.

Firefighers and park rangers remind people in creeks or drainage areas to move to higher ground when storms are approaching.