Officers arrested Rafael Contreras and Isaiah Riley in connection to the shooting. 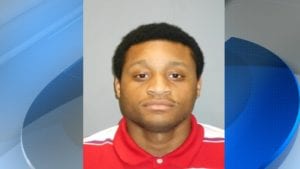 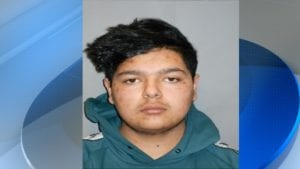 Witnesses told police they saw a vehicle park in a culdesac and engage in a confrontation with pedestrians.

As the vehicle drove away, police said someone from inside fired shots out at the pedestrians. One of the pedestrians returned fire. Contreras and Riley ran from the scene and were arrested.

Witnesses said they threw a backpack over a fence while they were running. Police uncovered it and found a loaded firearm and narcotics.

There were no reports of injuries but a vehicle and residential sliding glass door were damaged.

Police are still investigating the shooting and searching for the other people involved.

A large area near the park has been taped off while police search for a suspect or weapon. No victims have been located.

Lompoc Police Chief Pat Walsh says at this time, it appears the incident was a “drug deal gone wrong” as narcotics were located at the scene.

Police say two people were detained near Pine and R streets but their possible connection to the shooting is unclear at this time.

Lompoc Valley Middle School was locked down, but that has since been lifted. Walsh tweeted that there was no danger to the students and the police activity in the area had nothing to do with the school. He said the lockdown was done by the school “out of an abundance of caution” but reiterated the students were never in any danger.