The sheriff’s office says he was contacted tonight and has been taken to a mental health evaluation.

The Sheriff’s Office identified the person of interest who was responsible for circulating bizarre letters sent to dozens of Buellton residents. He was contacted tonight and has been taken for a mental health evaluation. #sbsheriff

Dozens of people in Buellton opened their mailboxes Tuesday to find an unsettling, handwritten letter.

While the Santa Barbara County Sheriff’s Office has a person of interest, questions over why someone would send these letters still remain.

“I was on the phone with my husband at the time and when I opened the piece of mail, I was a little frightened,” said Buellton resident Kristen Roylance.

“When I first looked at it, I thought it was maybe one of those newspapers where they taped it to the paper but it’s not, it’s handwritten. When you first open it’s like, ‘Huh? What’s this?,'” said Buellton resident Ken Sorenson, who also received a letter. 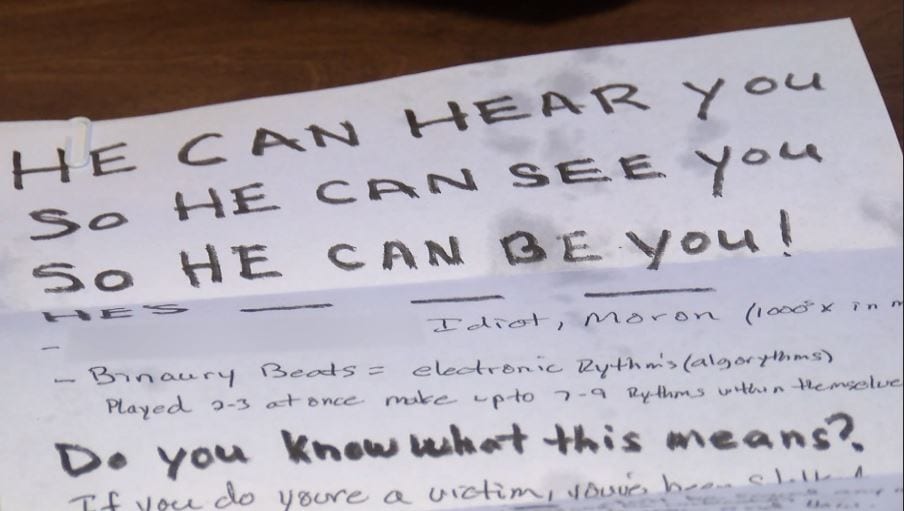 The letter, peppered with profanity, immediately caused concern for those who received it. It’s hard to make out the intent of the person who wrote it as it appears to be more of a stream of consciousness than an actual threat.

“I’m trying to understand what he’s talking about. You couldn’t really understand it. None of us can figure out who ‘Kevin’ is cause at the end he says something about ‘Kevin’ and there’s no Kevin that we know of in our neighborhood, so we’re not sure what that meant,” Sorenson said.

Many who received the letter say they found comfort on social media once they found out how many people were sent the letters.

“It made me feel a little bit better knowing that it wasn’t just me, it wasn’t just directed to my house and it was to several members of the community. I still felt safe,” Roylance said.

“It makes you always afraid for your family when something like this comes around, that somebody would take this much time to write a handwritten note and mail it out to this many people and to put their own phone number on it, you know they’re not very balanced,” Sorenson said.

Now, these neighbors say they plan on actively checking their surveillance cameras and are happy their small community has been looking out for each other.

“Now that the police are involved and they’ve kinda located the person that sent it, we’re feeling a little better about it, but we hope that he gets the help he needs and stops bothering the families,” said Sorenson.

Many neighbors have been speculating that the person who wrote the letters is someone that used to live there and has harassed people in the community before, but the sheriff’s office was unable to confirm that at this time.

The sheriff’s office says there is no threat to the public at this time. Anyone with safety concerns is asked to give them a call.