Thousands of lightning strikes dazzle the region during storm

As the storm moved through the Central Coast Monday night into Tuesday, Mother Nature put on a dazzling display and left some residents in the dark.

#CAwx– Lightning strikes in the skies above Santa Barbara, CA, March 5, 2019, as seen in these views from Stearns Wharf. pic.twitter.com/htNyYzy2Ef

The National Weather Service said Tuesday that they don’t keep track of lightning strike totals, but they did confirm there were thousands across the Southern California region. 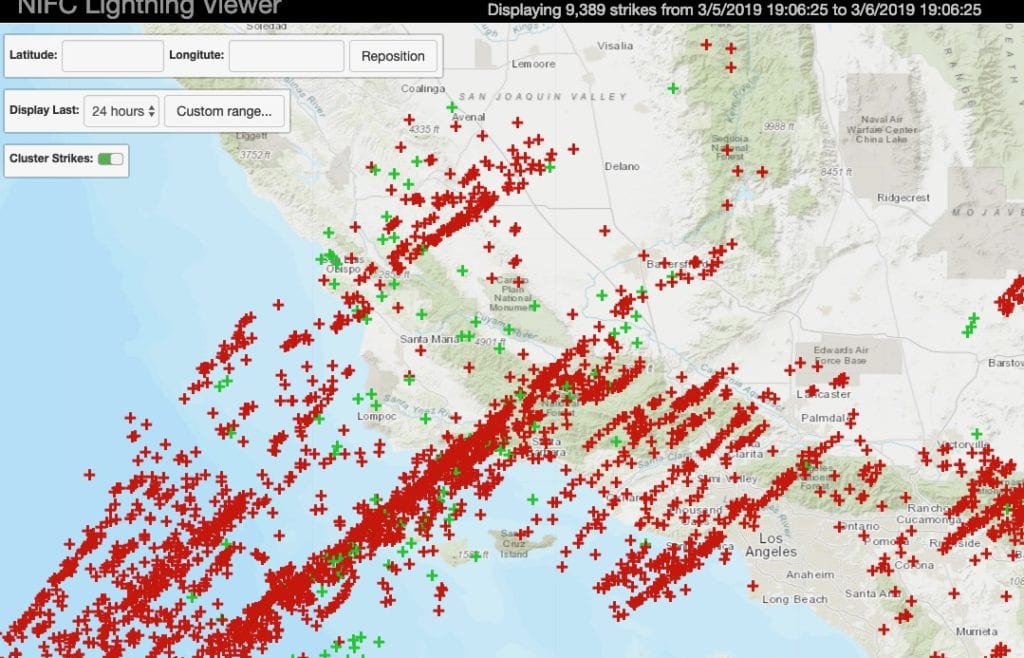 KSBY Chief Meteorologist Dave Hovde says lightning strikes on the Central Coast are not uncommon in winter; however, outbreaks like we had Tuesday night are the kind of thing we might only see once or twice a decade!

Zap! This is why you don't stand under trees in a #lightning storm. Carson Dolan caught this in Nipomo this evening. #BeOnKSBY pic.twitter.com/Bdr323wn2U

The lightning and rain hitting the central and south coasts on Tuesday impacted flights in and out of San Luis Obispo County Regional Airport and Santa Barbara Airport.

The San Luis Obispo Airport confirms flights were delayed out of the airport at one point Tuesday evening. Lightning stopped refueling services for a short time.

Power outages were reported throughout the night for thousands of people including parts of Paso Robles, San Luis Obispo, Grover Beach, Arroyo Grande and parts of southern Santa Barbara County.

Around 9 p.m., more than 100 customers were without power along Highway 46 from Geneseo Road to just past Union Road in Paso Robles. Neighbors say a PG&E power pole was struck by lightning.

“All of a sudden it’s just like, we just heard it blow up. It sounded like a bomb went off and we looked over and then we saw fire and lights and everything going off and then everything went black,” said Barbie Reyna, a Paso Robles resident.

In the San Luis Obispo Perfumo Canyon area, 70 customers were still without power at 10:15 a.m. Tuesday.

To see the latest information on PG&E outages, click here.

Southern California Edison says 9,800 residents in the Samarkand and Oak Park areas near Cottage Hospital were in the dark but power has been restored to all but 100 people by 7:30 a.m.

Scattered showers will remain throughout the day but we are already seeing some rainbows!