She was charged last November with felony vandalism in connection with a string of early-morning Oct. 9 vandalisms on Jim Hill for Mayor campaign signs.

Welsh reportedly vandalized the signs using brown paint and a wooden stick, items which were both found inside a trash can located on her street the next morning, according to a search warrant. 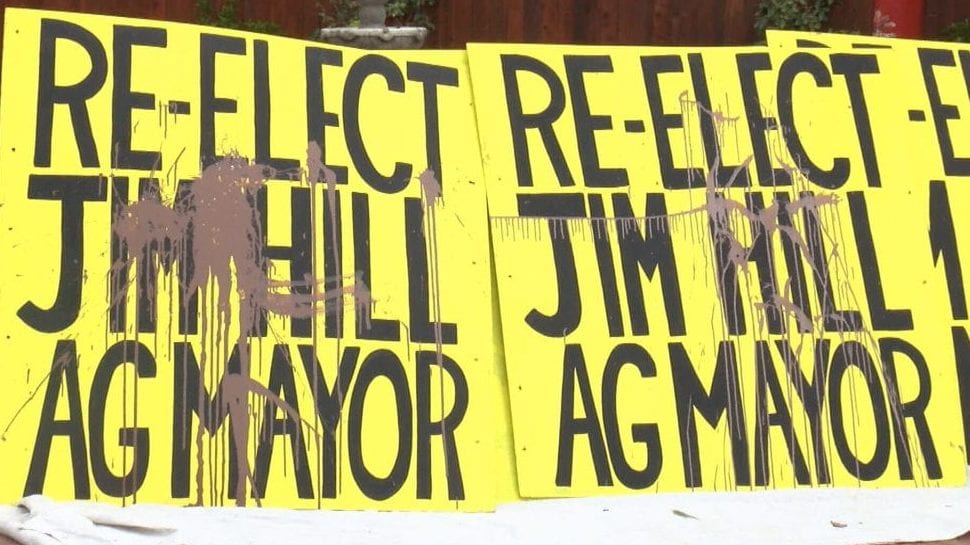 The police search warrant stated, “Welsh has a history of vandalism to private property and is a very vocal critic of Hill.”

In all, 11 signs were vandalized at nine different locations.

The San Luis Obispo County District Attorney’s Office says Monday’s plea was not part of a plea agreement, which meant a sentence had not yet been determined.

The probation department recommended Welsh undergo 50 hours of counseling and three years of formal probation, according to the DA’s Office, which says the court agreed and imposed that sentence.

It was also determined in court that she would need to pay restitution of approximately $5,300 for the damage she caused.

However, Welsh has disputed that amount and a restitution status determination is now set for June.

A hearing regarding a request for a criminal protective order in the case is set for March 27.

Welsh on Monday also pleaded no contest to misdemeanor vandalism in a separate case, according to the DA’s Office, and was ordered to pay restitution for a damaged vehicle.