A roundabout may be coming to a busy intersection on Highway 227 in San Luis Obispo.

It’s proposed for Los Ranchos Rd. That corridor usually gets backed up during the evening commute and also in the morning.

If you’ve driven along Highway 227, you’ve probably noticed the increase in traffic congestion in recent years. Those who live in Rolling Hills, a community that borders the busy road, have experienced the change firsthand.

“Bumper to bumper,” Bell explained. “People not paying attention and every once in a while there will be someone rear-ending somebody.”

“It starts up from maybe 6 a.m. in the morning until now it’s been until well after 9,” said Linda Cattaneo. “It used to be by about 8:30 it would slow down. Now I try to go out after 9 and it’s still compacted.”

Back in 2015, SLOCOG began studying solutions to the growing traffic jam.

Now, years later, a roundabout might be getting the green light at the intersection of 227 and Los Ranchos.

“As a main alternative to the 101, it’s important that we improve traffic flow along the 227,” said Cori Marsalek, Project Manager. 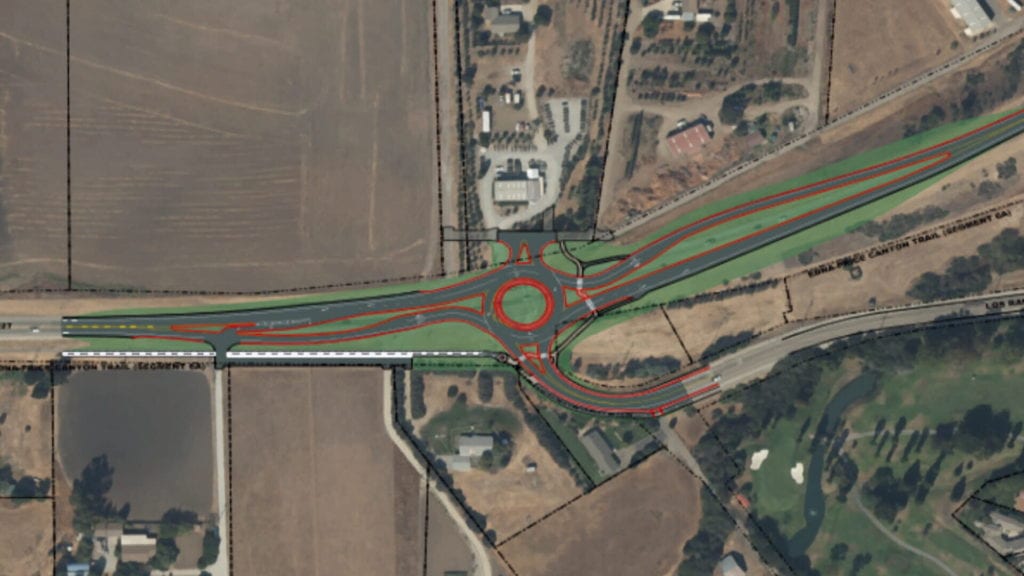 The county adds that roundabouts have been shown to increase safety and this was the cheapest solution to relieving traffic.

Delores Carlson has lived near the intersection since 1985.

“I truly don’t understand how it’s going to control traffic but I don’t like roundabouts,” Carlson said. “I don’t care for them at all.”

“I’m anxious to see how it’s going to be a good idea,” Carlson concluded.

The meeting is on Wednesday at 6 p.m. at Los Ranchos Elementary School. The public is invited.

The next step is to hire a design consultant and do more traffic analysis.

The county says it’s secured more than $1 million in federal and regional funds for the project.