The two missiles could be seen in the sky over the Central Coast just after 10:30 a.m. Tuesday.

The job of the two missiles was to destroy a “threat-representative” Intercontinental Ballistic Missile (ICBM) launched from the Marshall Islands more than 4,000 miles away.

The U.S. Missile Defense Agency says the test was a success. One of the interceptors struck and destroyed the ICBM, while the second interceptor analyzed the debris and selected the next “most lethal object” and destroyed it.

“This was the first GBI salvo intercept of a complex, threat-representative ICBM target, and it was a critical milestone,” said MDA Director Air Force Lt. Gen. Samuel A. Greaves. “The system worked exactly as it was designed to do, and the results of this test provide evidence of the practicable use of the salvo doctrine within missile defense. The Ground-based Midcourse Defense system is vitally important to the defense of our homeland, and this test demonstrates that we have a capable, credible deterrent against a very real threat.”

The base previously confirmed a missile test was scheduled at the base.

What appeared to be two missiles were seen in the sky just after 10:30 a.m. 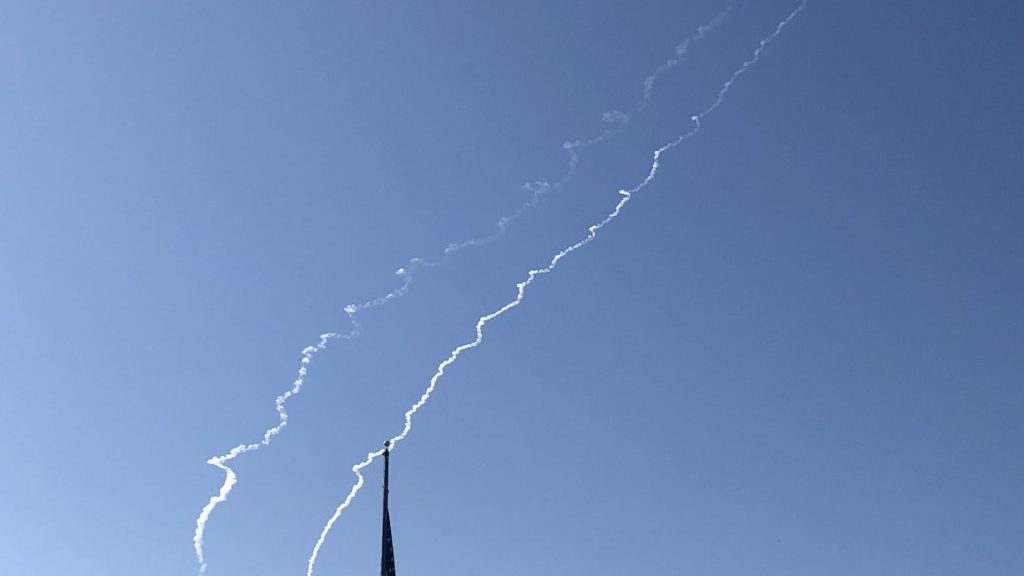 The base hasn’t specified what was launched but says more information will be released later Monday.

UPDATE (8 a.m.) – Vandenberg Air Force Base officials say a missile is scheduled to launch from the base Monday.

“We can confirm that a scheduled missile test will occur at Vanderberg Air Force Base this morning,” base officials said in a statement.

The base previously released a statement saying the missile launch had already occurred, but later clarified that it had not happened yet.

No other details about the launch have been released, and base officials didn’t have an exact time frame for the launch.

Base officials say the Department of Defense is expected to share more information about the test launch later in the day.

ORIGINAL STORY (7:37 a.m.) – A rocket launch is reportedly scheduled Monday out of Vandenberg Air Force Base.

The base hasn’t released any details on the planned launch, however, Amtrak says at least one train may be delayed because of it.

Pacific Surfliner tweeted just after 7 a.m. Monday, saying Train 774 may be delayed between Guadalupe and Lompoc due to a planned rocket launch.

ALERT: Train 774 may be delayed btwn #Guadalupe and Lompoc today due to the planned rocket launch; updates will follow as available

According to Amtrak’s website, the train is scheduled to arrive in Guadalupe just before 7:30 a.m. and then at Surf Beach shortly after 8:00 a.m.

KSBY will update this developing story as more details are released about the launch.