Some people in Shell Beach were a little confused Thursday as they drove along Shell Beach Rd.

The traffic lines along the straight street had been repainted in a curved pattern.

“It’s so funny-looking,” said Vicky Jennings, a Shell Beach resident. “I drove home on the south end and didn’t do a very good job.”

The City of Pismo Beach says the curvy lines are intentional.

“A permanent lane shift would eliminate all parking but allowing this deviation in lane shifting, it allows us where safe to preserve parking and where it’s not safe allow for a safe work zone,” said Jorge Garcia, the Pismo Beach management services director. 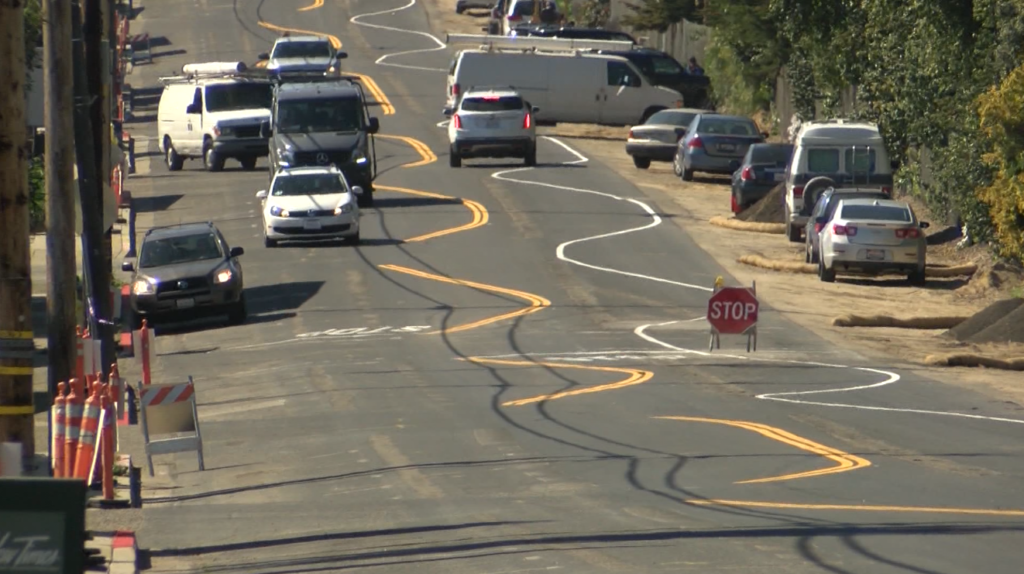 They’re meant to preserve parking during construction of the Shell Beach Road Streetscape Project and allow safe workspaces for PG&E crews to do electrical work. Crews will be working both on the street level and underground.

The new striping will be completed Friday and it’s expected to remain as it is until the fall.

The speed limit has been lowered to 15 mph. Drivers are asked to slow down and obey all traffic laws, including the curves of the striping. 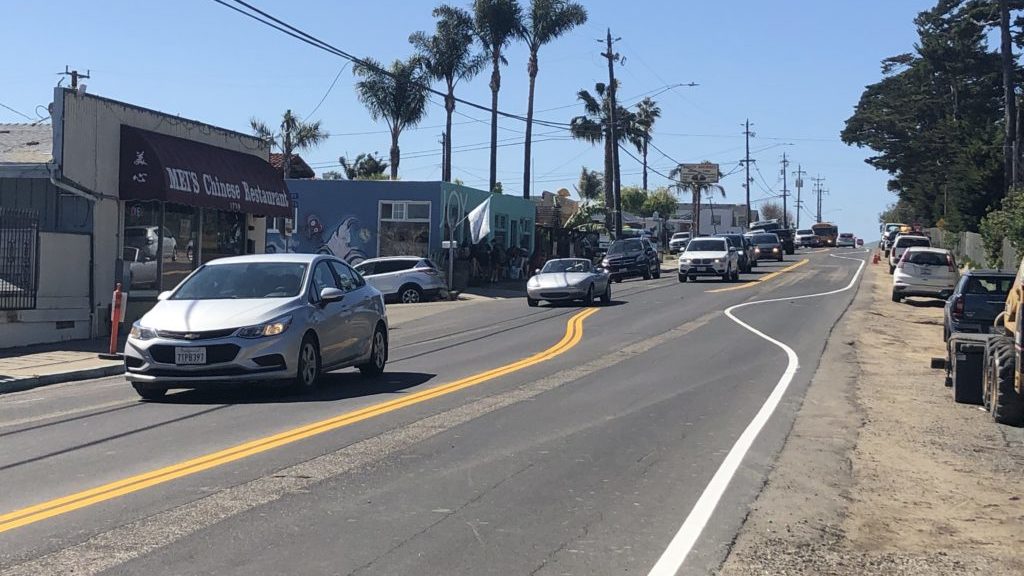 All businesses are open during construction.

However, employees at Steaming Bean, a coffee shop on Shell Beach Road, say the construction and new lines are hurting business.

They worry it will impact parking for summer visitors.

“Especially during summer, we get really busy with lines out the door,” said Dillon Houser, a barista at Steaming Bean. “If there is lesser parking then it will be difficult.”

Even though some people are confused by the white and yellow path in front of them, many people say it will be worth it in the end.

“It’s for the safety and beautification of the neighborhood so they will adapt,” said Michael Wells, a Shell Beach resident.

The streetscape project encompasses an 18 block section of Shell Beach Rd. from Cliff Ave. to Terrace Ave. Once complete, the reconstructed roadway will include an 8-foot wide multi-use path for bicycles and pedestrians along with other improvements including utility upgrades.