A young California boy who was seriously injured in a suspected DUI crash that claimed the lives of three family members was gifted a set of prosthetic hands Saturday by a team of Cal Poly students.

Julian Reynoso, 10, of Los Angeles, was burned over 85 percent of his body and lost all or parts of nine of his fingers in a deadly crash that killed his father, brother and sister. 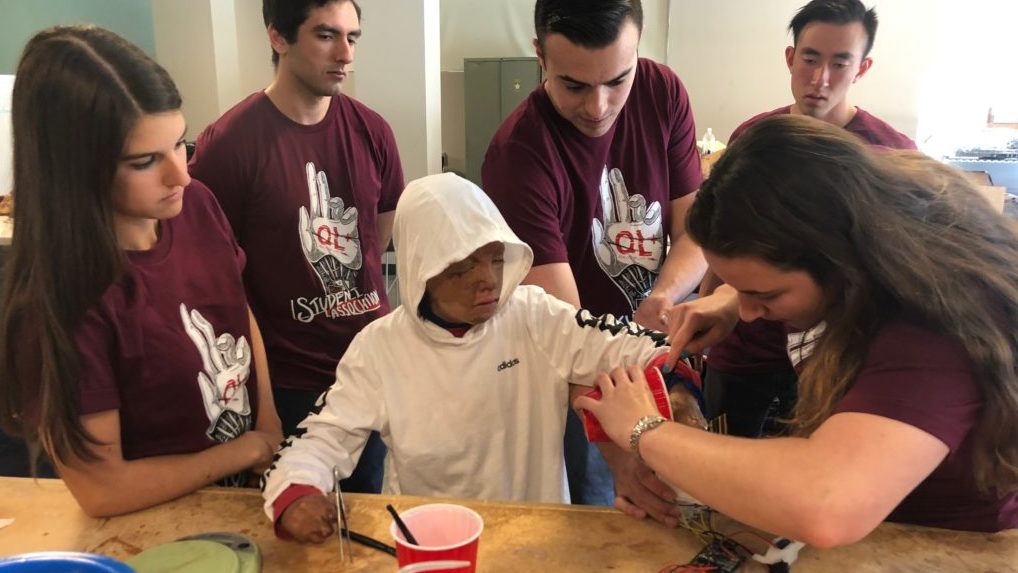 They fitted the hand to Julian Saturday morning, which was an emotional experience for everyone involved.

“Seeing his smile and his excitement brings light and hope into our very difficult journey, so that’s kind of the emotions that I feel when I see him put his hands in the prosthetics, that they’re working on him,” Elizabeth Flores, Julian’s mother, said.

The students became acquainted with Julian through a program called Quality of Life Plus, which aims to engineer solutions to physical challenges people face in order to improve the quality of their lives.