Man rescued after driving off Embarcadero in Morro Bay

UPDATE (5:20 p.m.) – Fire officials say a man in his 70s crashed his car into the water at Tidelands Park in Morro Bay when he accidentally drove forward instead of in reverse.

“When we arrived at scene, one of our rescue swimmers was able to assist the driver out of the water and the driver is uninjured at this time,” said Morro Bay Fire Department Chief Steve Knuckles.

After the driver was rescued, Coast Guard and Harbor Patrol began placing booms in the water to contain any possible pollution hazard. ​ 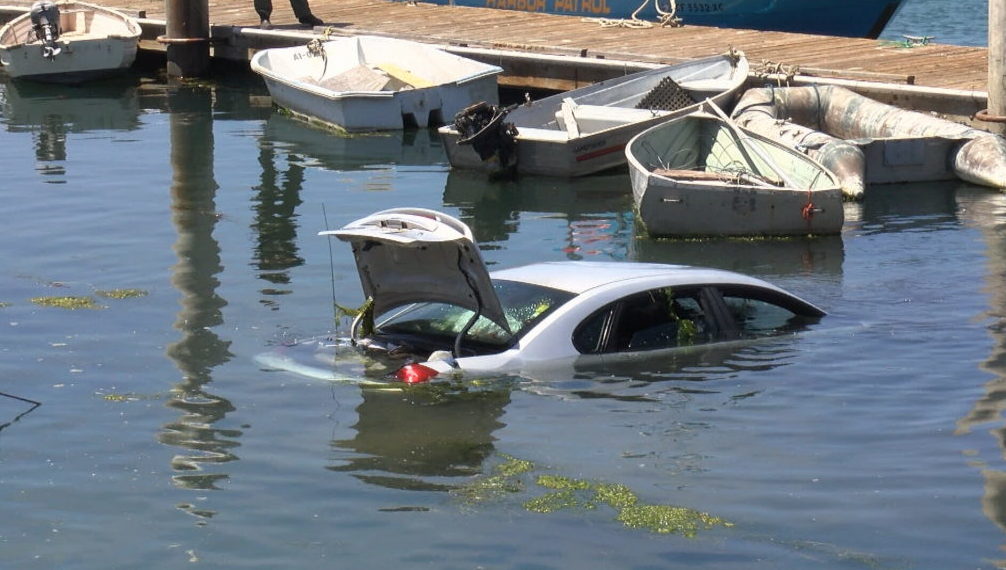 “It’s a flotation with a little bit of a barrier and that allows it will collect any material that could be drifting with the tide or the wind along the surface of the water or just underneath,” said ​Jacob Gore, Boatswain First Class at Station Morro Bay.
​
The main concern from first responders was preventing any spillage or contamination in the bay.

There were no reports of any environmental contamination.

UPDATE (12:01 p.m.) — According to officials, the vehicle was pulled out of the water shortly before noon.

(11:26 a.m.) – A man is said to be OK after accidentally driving into the water near Tidelands Park in Morro Bay Tuesday morning.

Morro Bay Fire Chief Steve Knuckles tells KSBY the driver was in the parking lot when he drove off the Embarcadero, into about 8-feet of water.

The man, said to be in his 70s, was able to get partially out of the vehicle. A bystander and fire department rescue swimmer also assisted in helping him out.

As of 11 a.m., crews were working to remove the submerged vehicle from the water while also making sure the area had not been contaminated.

Knuckles says the driver stated he was not injured.

MB Fire, Police, andHarbor Depts rescued a single driver in a passenger vehicle that drove into the bay. The rescued driver is uninjured. USCG and Harbor addressing the environmental conditions. pic.twitter.com/Os4FHfqFXj