A new San Luis Obispo non-profit, Candles for Kids, is making sure underprivileged kids in the community feel extra special, especially on their birthdays.

The non-profit throws parties for underprivileged kids from ages 8 to 11.

The birthday parties are completely sponsored by the organization through donations from various people and organizations.

Jeff Edwards said he created Candles for Kids after his birthday event blew up. He said he used his platform to launch the non-profit, that has even received San Luis Obispo Mayor Heidi Harmon’s approval.

On Wednesday, they celebrated the organization’s first event and Destiny’s 10th birthday. 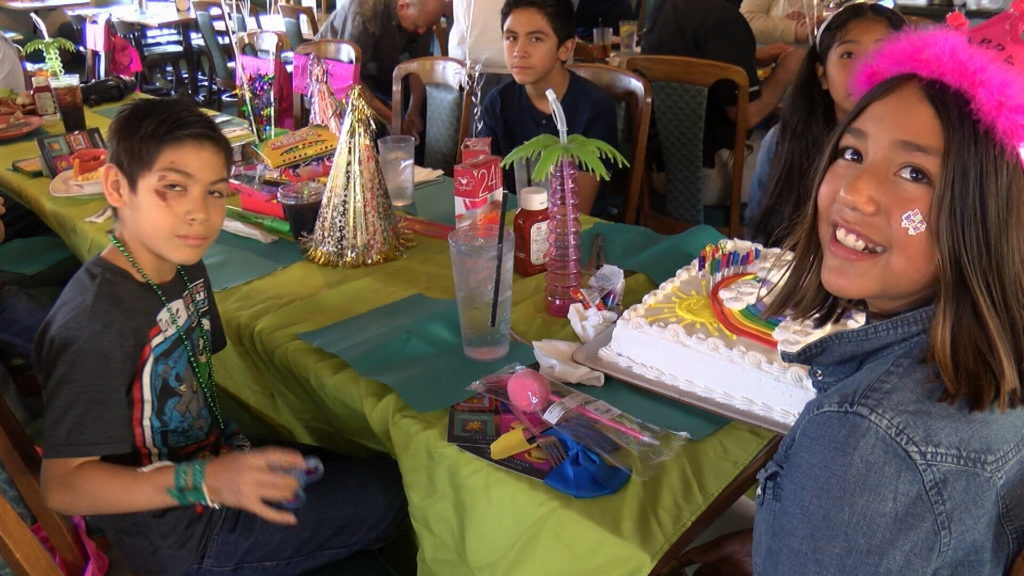 Her grandmother Sally Peralta said getting an all included birthday party felt like a miracle.

“You always hear about it happening to people, you know special things that happen for people, and this is like a special thing that happened for her,” Peralta said. “It is not just a birthday party, it is, awesome to be thought of in a good way.”

She said the event organizers made her family feel very special.

“These people took the time to do all of this for her, which was neat,” Peralta said. “You know just being able to take her to pick out an outfit, just to laugh.”

“It makes them feel good about themselves, and not forgotten but just thought of as special by people they don’t even know,” she said. “You know they don’t know us, they don’t know nothing about us but they did this for her. You know if her parents would have been around, they would have done it, but they are not, so it is a good feeling, for me and for her.”

She said celebrating Destiny’s birthday this year felt like a dream.