Gardeners among competitors at the California Mid-State Fair

Amongst the carnival rides, fried foods, and farm animals, local florists are competing at the California Mid-State Fair.

Nearly 1,600 flowers, including sunflowers, dahlias and roses, were showcased at Thursday’s competition.

Participants could choose to enter in three separate shows and compete for first, second or third place. Prize money is awarded to the top three contenders.

Floriculture Department Coordinator Suzie Heckman said the competition has seen more entries this year due to the increased amount of rain.

“Any time there is not a drought is a good year for gardening,” Heckman said. 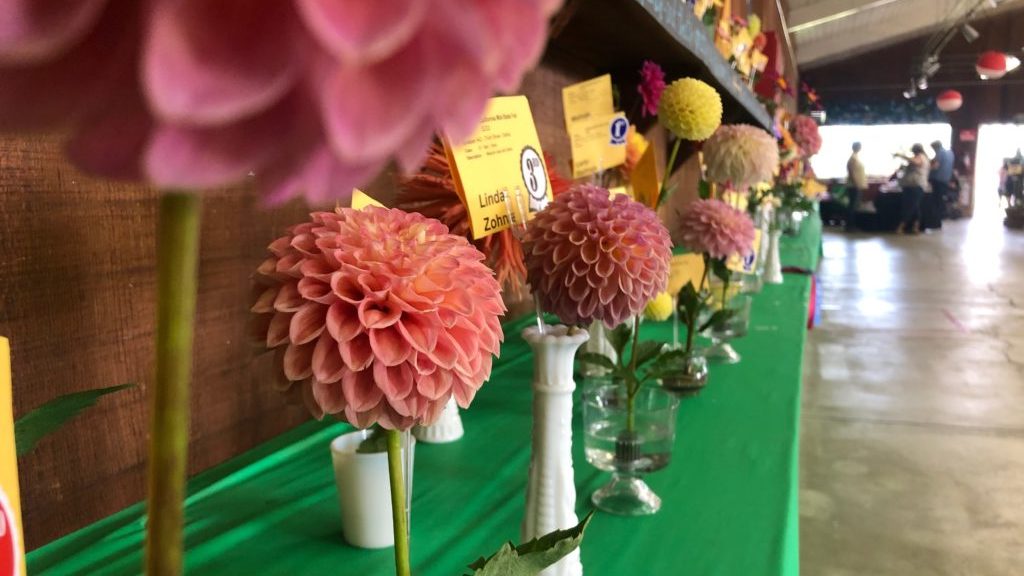 Heckman said the sunflower crop was the best entry on display this year. There were also plenty of dahlias presented at the event.

She said gardeners could not wait to exhibit their creations at the fair.

“Honestly, I think it is a passion that people grow up with,” Heckman said. “I also think that they get a real reward from nurturing something that they put into the ground from nothing and get to see it grow.”

The California Mid-State Fair continues through Sunday at the Paso Robles Event Center.