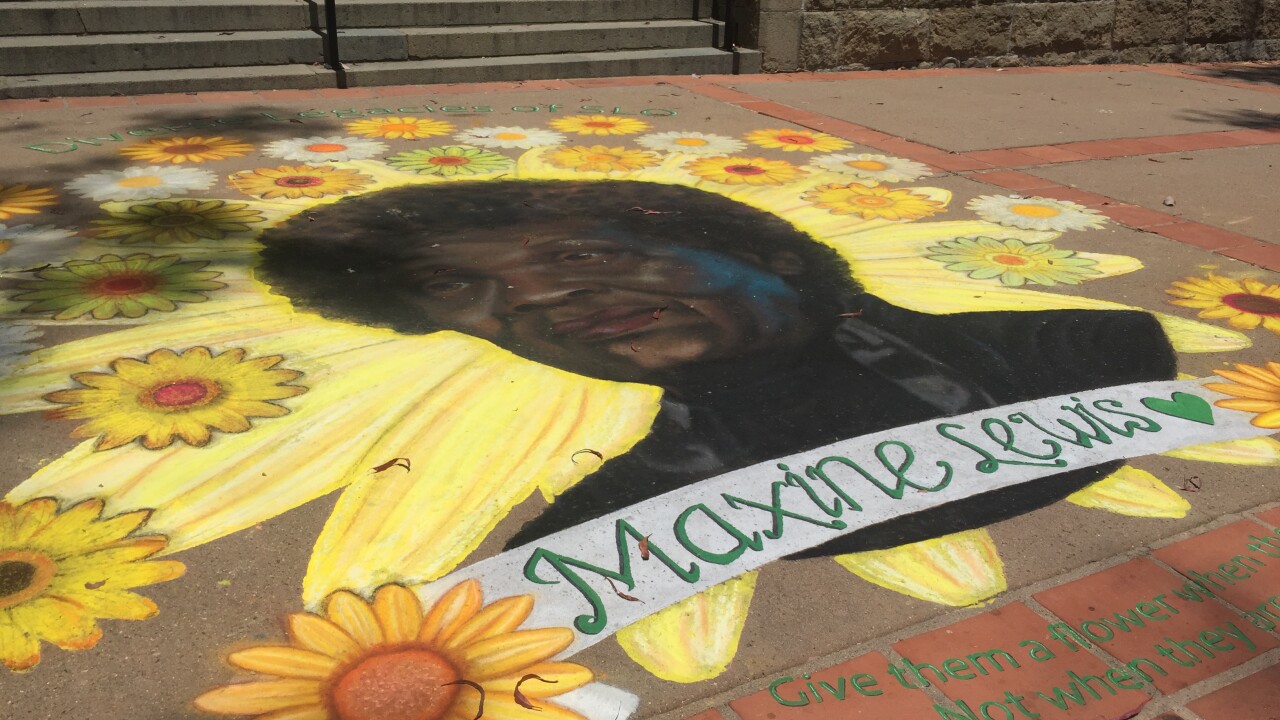 Community members were invited to watch the mural come to life as long as they wore masks and followed social distancing guidelines.

According to a news release, Lewis was best known for her work as an activist on behalf of community members in need in San Luis Obispo. She earned more than 15 awards in the more than two decades that she devoted to serving the community.

The former homeless shelter on Orcutt Road bore her name until 2018, when its services merged with the new 40 Prado Homeless Services Center, said the news release.

The quote included in the mural, which reads, "Give them a flower while they live ⁠— not when they are dead," is from Lewis, according to the news release. There are also eight daisies in the artwork, which represent Lewis' eight children.