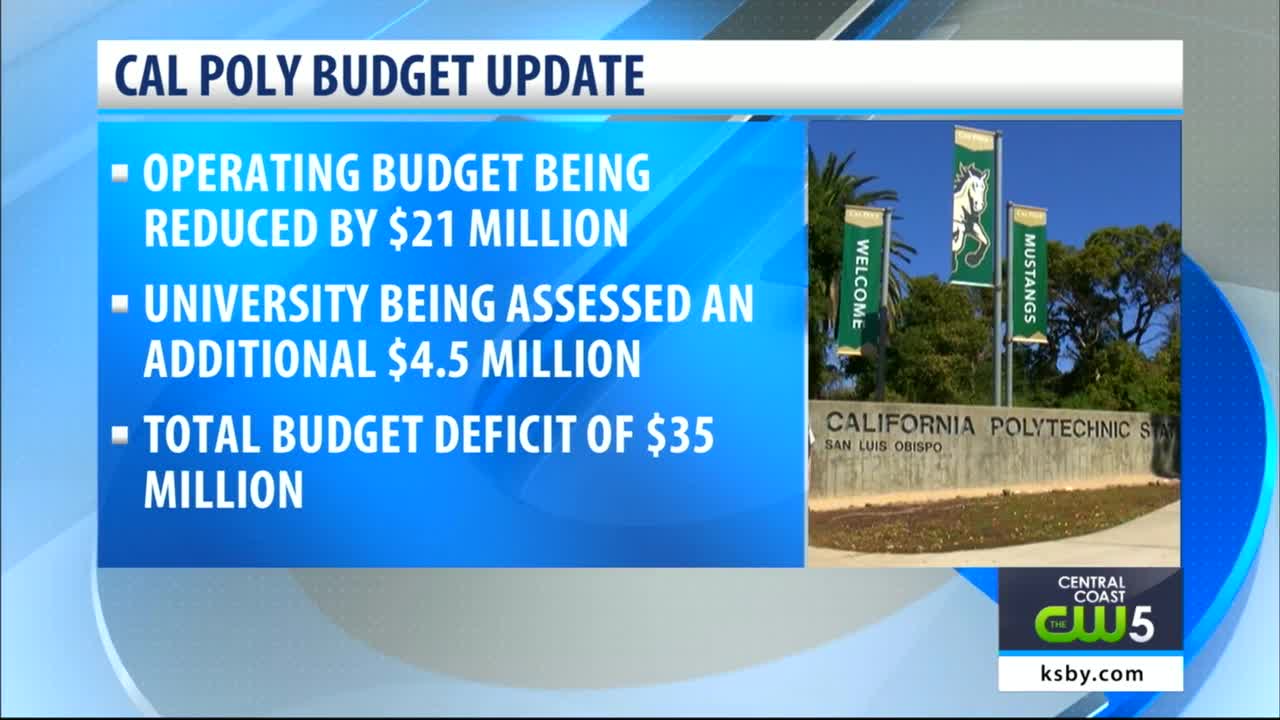 The Cal Poly Office of the President informed the campus community, in an email sent out on July 20, that the school is facing a “significant budget deficit.”

The university's total operating budget is being permanently reduced by about $21 million or 5.7%.

Cal Poly will also be assessed an additional $4.5 million of unfunded, recurring increases related to insurance.

In total, they’re projecting a budget deficit of $35 million. The school says any enrollment decline would increase the deficit.

According to the release, the university will rely on its reserves to offset the state funding reductions and anticipate drawing on its reserves for the next 2-3 years through the economic downturn.