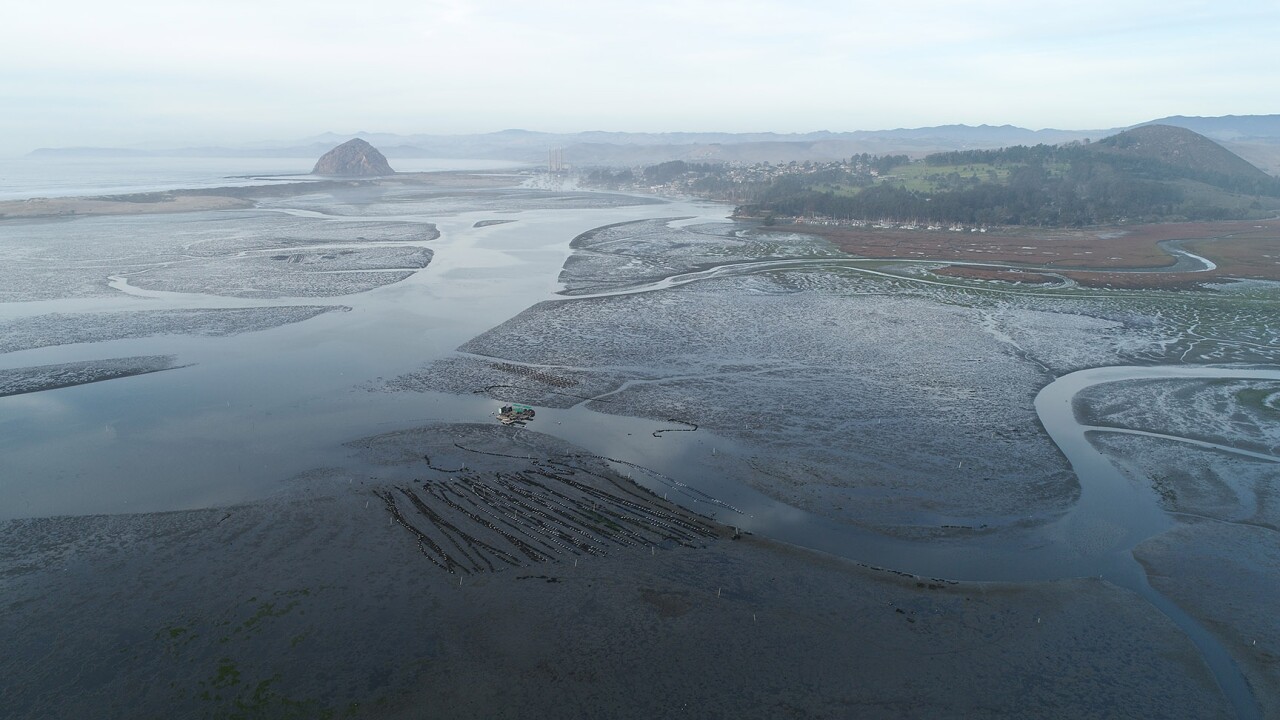 The large-scale loss of eelgrass in the Morro Bay estuary may be causing widespread erosion, according to a new Cal Poly study.

According to a news release from Cal Poly University Communications, the eelgrass beds in Morro Bay experienced a massive die-off in recent years, with a decline of more than 90 percent since 2007.

Cal Poly physics professor and lead author Ryan Walter said the loss of eelgrass in the Morro Bay estuary is similar to the loss of trees in a rainforest.

“Not only do you lose the plants, but you also lose all of the services that they provide for the entire ecosystem," said Walter.

Eelgrass is a flowering underwater plant with quarter-inch-wide leaves that can grow up to lengths of 3 feet. Its beds are always completely submerged, and their roots, or rhizomes, anchor the grass to sandy or muddy bottoms, according to researchers.

Throughout the past century, the Morro Bay estuary has been building up sediment quickly and is dredged annually, with the Army Corps of Engineers doing a more extensive dredging of the harbor about every five or six years, said researchers.

“These erosional changes are sizeable considering that Morro Bay, a modified estuary, has historically suffered from accelerated sedimentation,” Walter said.

Losses of seagrasses can lead to increased shoreline and estuarine erosion, according to Walter.

On the other hand, it is possible that the erosion in Morro Bay may create new opportunities for seagrass recovery by increasing the depth and suitable habitat for eelgrass in certain locations, said researchers.

Recent restoration attempts by the Morro Bay National Estuary Program have been successful, and there is evidence of a partial recovery in portions of the bay. Tracking changes in sediment in places like Morro Bay will become increasingly important as climate change is expected to drive sea level increases and shoreline change, according to Cal Poly researchers.