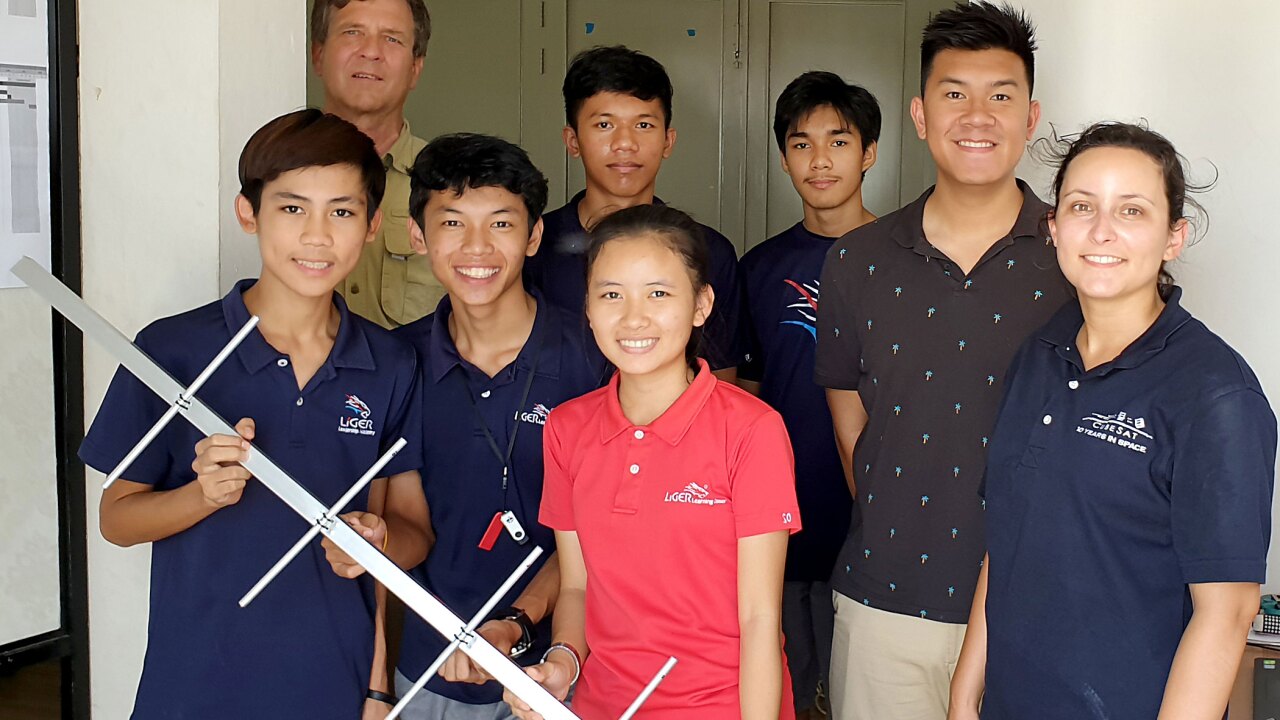 Cal Poly
Pauline Faure, an assistant professor of aerospace engineering at Cal Poly, at right, and Justin Nguyen, a Cal Poly computer engineering senior from Fremont, California, second from right, with the group of science, technology, engineering and mathematics seniors from the Liger Leadership Academy who want to build a small satellite hold the handheld antenna for the LigerSat ground station. Also pictured, at rear left, is Doug Bender, a retired Boeing Co. engineer who knew about CubeSats through his former job and connected the Liger Academy with Cal Poly. 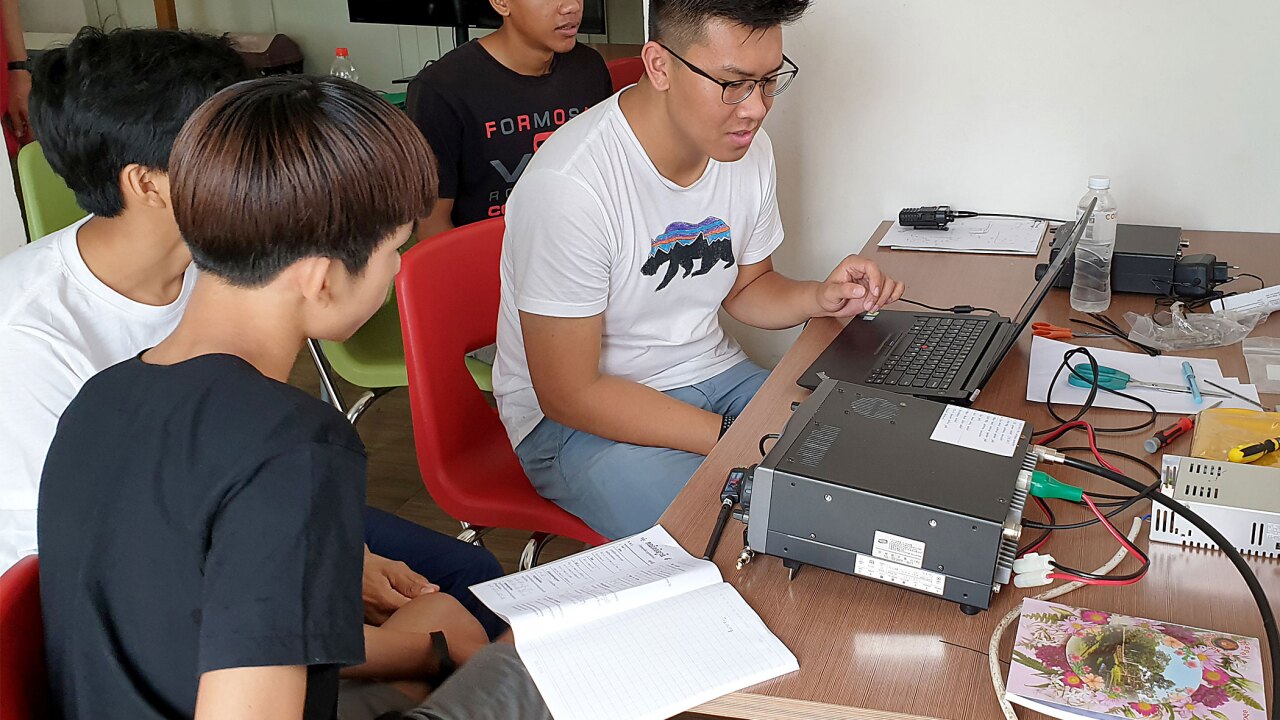 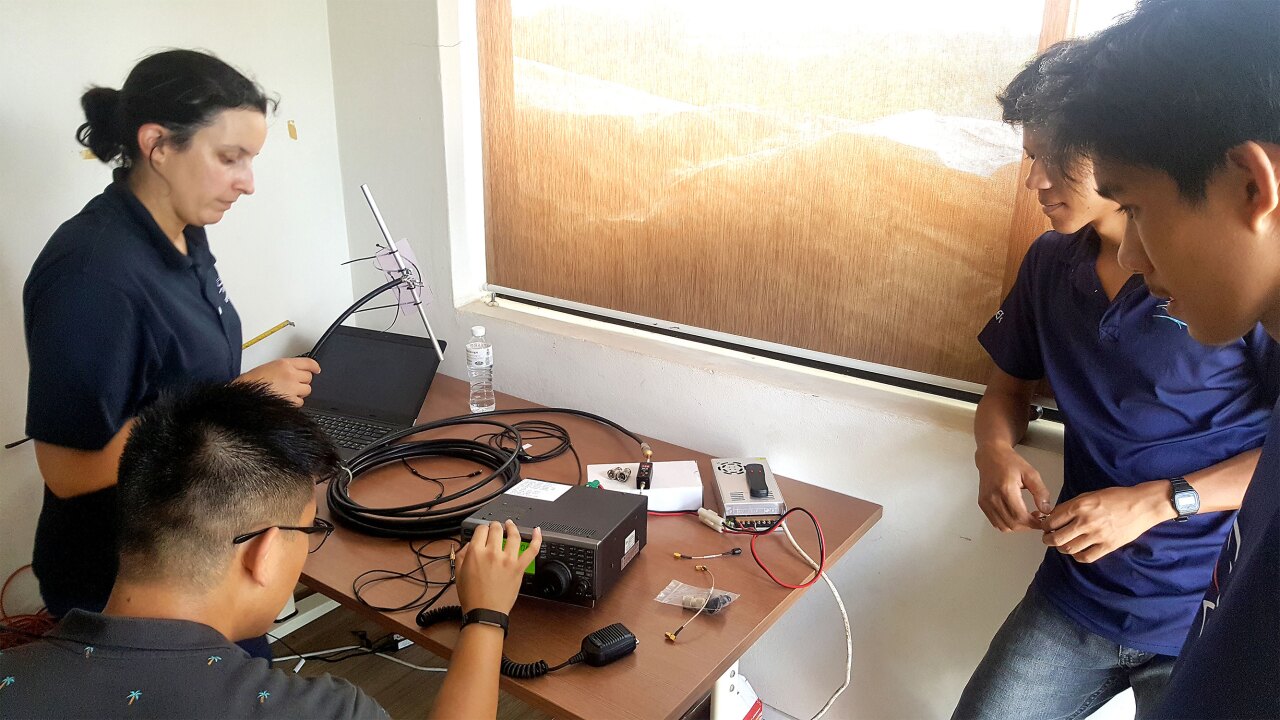 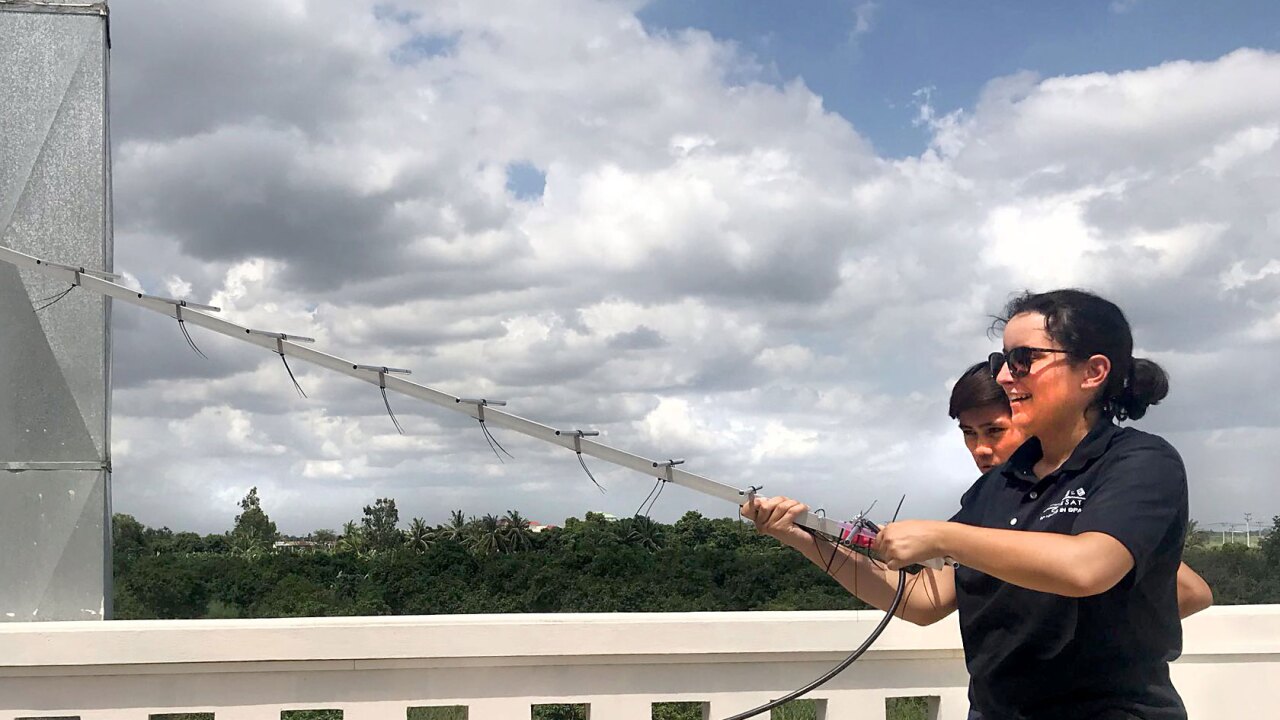 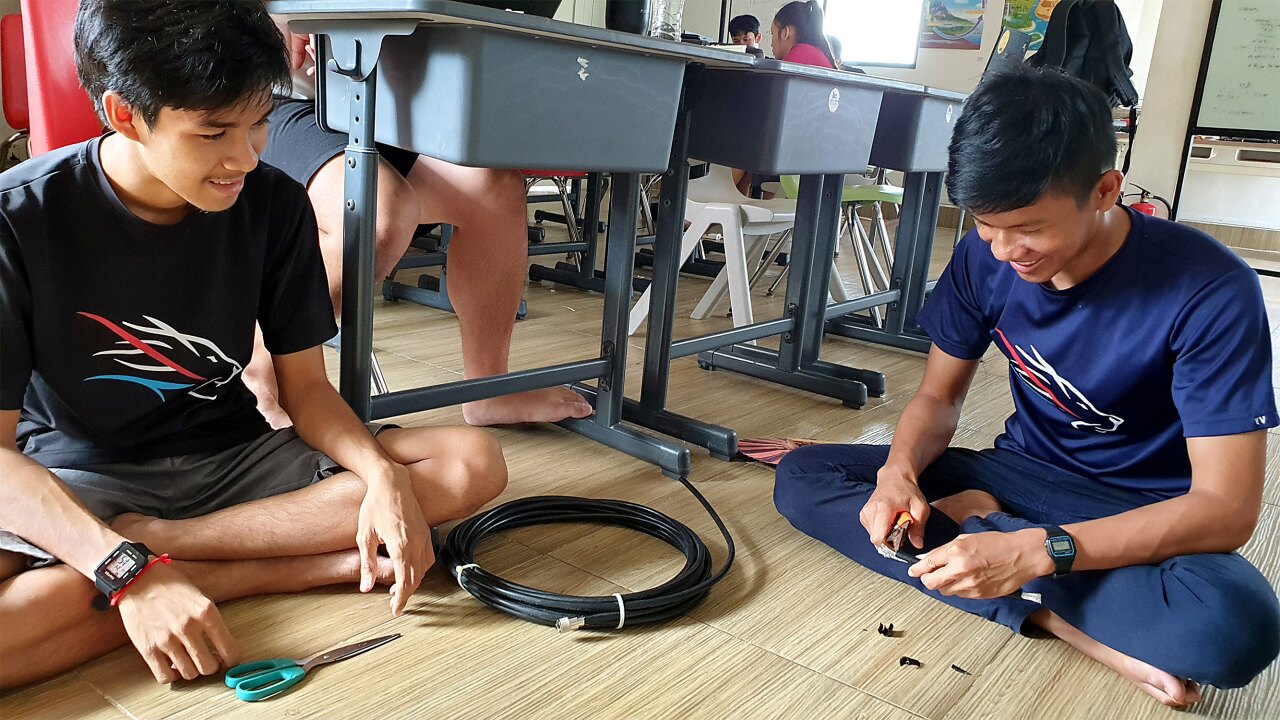 A team from Cal Poly is helping a group of Cambodian high school students launch their very own space program.

Students there wanted to build and launch a softball-sized CubeSat, along with a mini-ground station to communicate with it.

Cal Poly has a lot of experience with CubeSats. The mini-satellites were first developed more than 20 years ago by two professors from Cal Poly and Stanford University. Since 2003, Cal Poly has been involved in more than 10 CubeSats launches - most recently, the successful LightSail 2 project.

Cambodia currently does not have a space program.

Cal Poly says the Cambodian students have applied for a grant from the U.S. Embassy in Phnom Penh so they can travel to San Luis Obispo next summer and work with Cal Poly students to start assembling and testing their CubeSat.