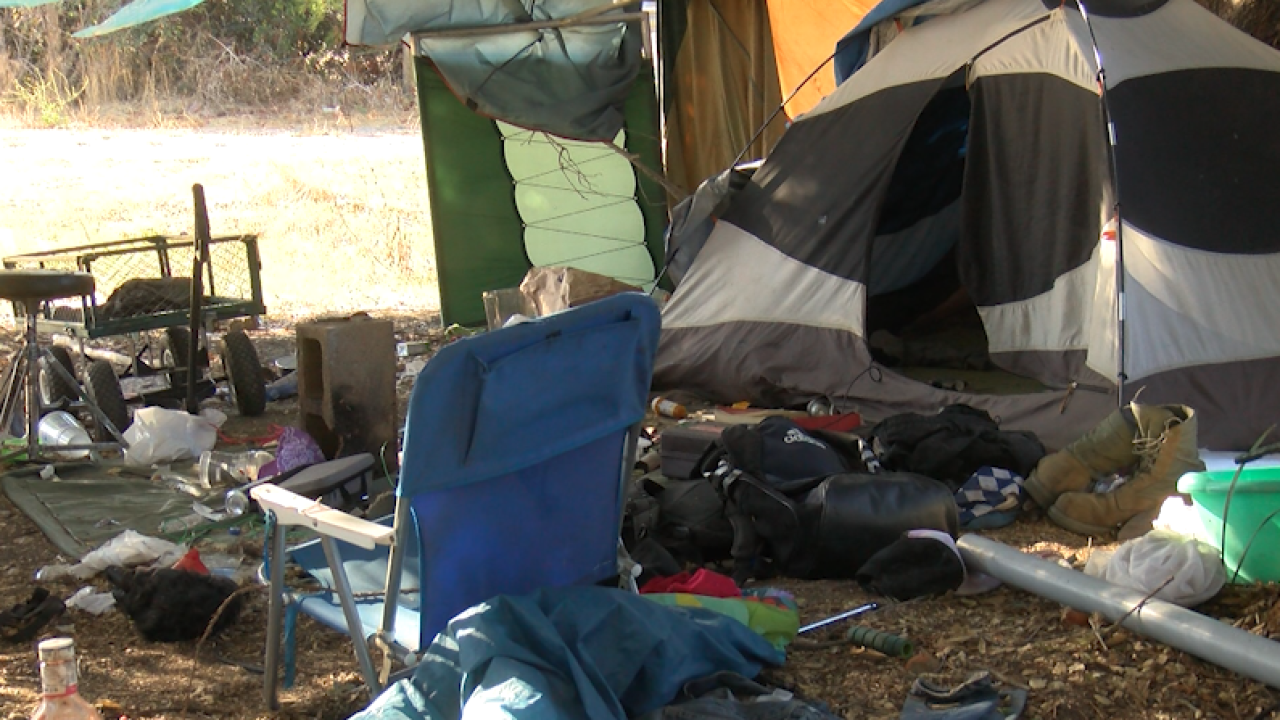 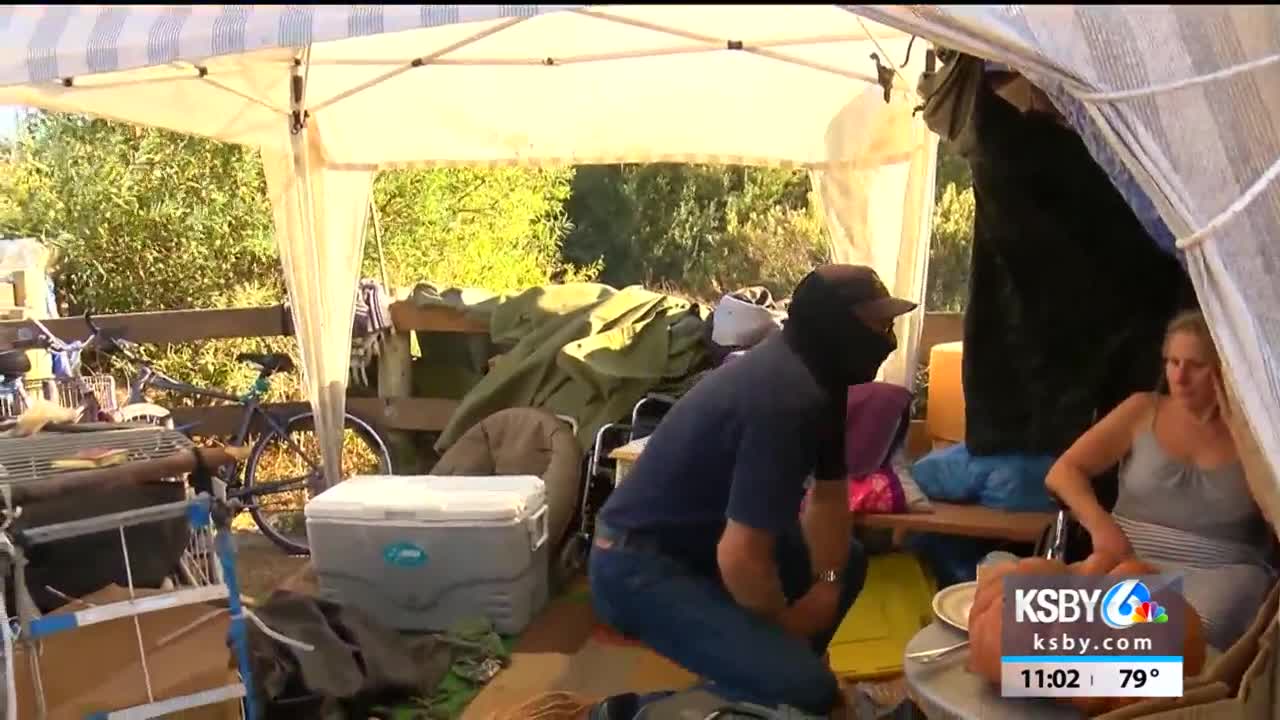 The city says there have been two deaths in recent years from flooding as well as several swift-water rescues.

The trail has also been the site of more than 49 fires in the past 10 months.

Just last week, a deceased man's body was found in an encampment that police believe had likely been there for several weeks.

The city says in the about a mile and a quarter that the trail spans through the city of San Luis Obispo. There are about 58 homeless camps.

Starting Monday, crews will be going through and removing those camps and the estimated 50 tons of trash that could be left behind.

For those that call the Bob Jones Trail home, the next few days are full of uncertainty.

"All of us are having a hard time dealing with it because we're used to each other here. Also none of us are sick [with the COVID-19] virus. We're afraid if we get out there and have to start mixing and move with other homeless people, we could get sick," Darcene Clayton, who has lived on the trail for nearly six years, said.

Clayton is just one of the estimated 70 people living on the trail who will now have to relocate.

The city plans on clearing out the trail next week following several public safety and environmental concerns.

"One thing that people don't recognize is all of the watercourses that run through the Bob Jones Trail goes through all of these camps. All the defecation, all the urination - especially when the watercourse comes back up - it goes out to Avila Beach. All of our children are playing in Avila Beach in the stream that comes through there," John Klevins, a social worker with the SLO CAT team, said.

The city has started reaching out to the homeless who live along the trail, but Klevins says they're encountering many who don't want help or services.

The city says cleaning out the area is a short team solution.

As the homeless population in the area has grown over time, more permanent solutions are needed.

Crews say removing the trash is going to be a complicated process as there as many needles and other contaminants that will have to be separated out before it all gets thrown away.

We asked the SLO CAT team how the pandemic has affected the homeless: they said the anxiety among the homeless population has increased as the level of support agencies can provide has had to change to adapt to COVID-19 procedures.