The college student was stranded in rough waters 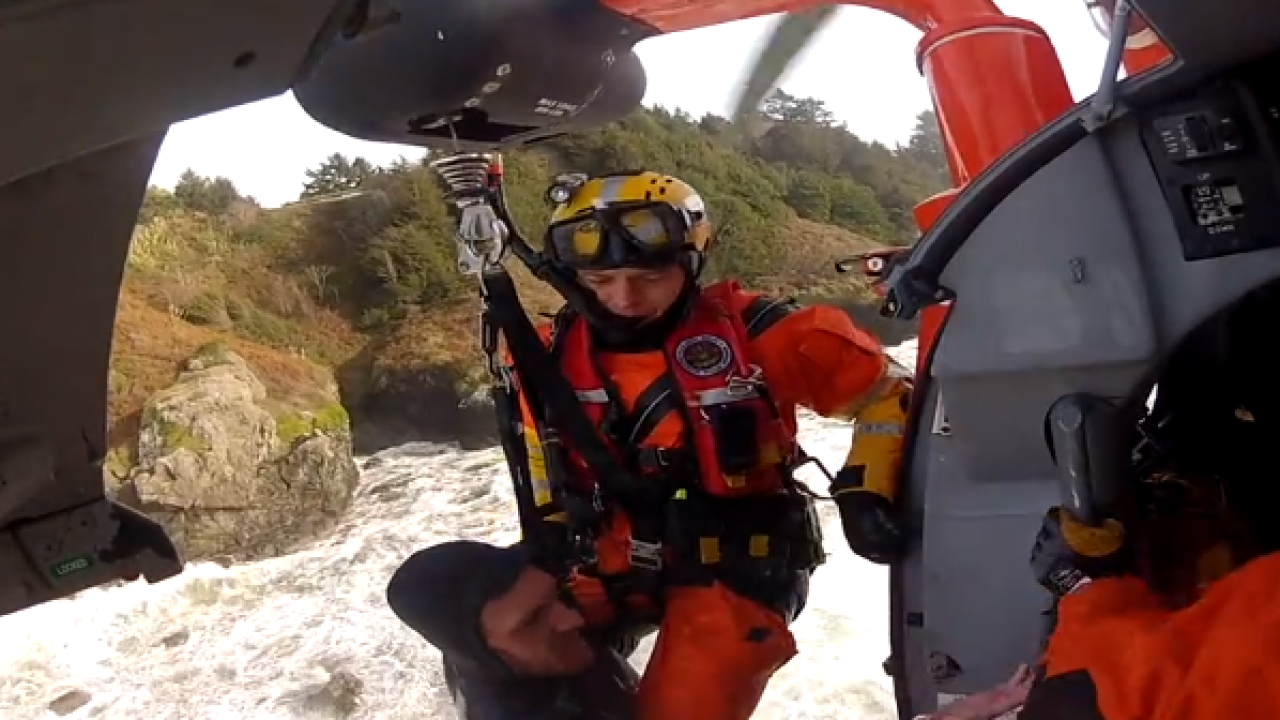 A Northern California college student is recovering after becoming stranded in the rough surf Sunday afternoon.

At about 1:30 p.m., the Coast Guard says it received a 911 call reporting a fatigued surfer being swept toward the rocky shoreline near Moonstone Beach in the Humboldt area.

The Coast Guard sent a helicopter from Humboldt Bay to rescue the 20-year-old Humboldt State University student from the crashing waves. Meanwhile, another first responder had already jumped into action.

Keven Harder, a lifeguard for California State Parks, made his way to the surfer, Kris Nagel.

Nagel was pulled up into the helicopter and the crew hovered over the water until the lifeguard swam back to shore. The Coast Guard captured video of the rescue operation from their helicopter.

CLARIFICATION: The United States Coast Guard has tagged the video of this incident as occurring in Cambria, CA which also has a Moonstone Beach. This rescue did not occur in Cambria.

Nagel was flown back to Humboldt where he was assessed by medical personnel who determined he was okay to go home.

Coast Guard officials are crediting their regular training with California State Park lifeguards for the success of Sunday's challenging rescue.