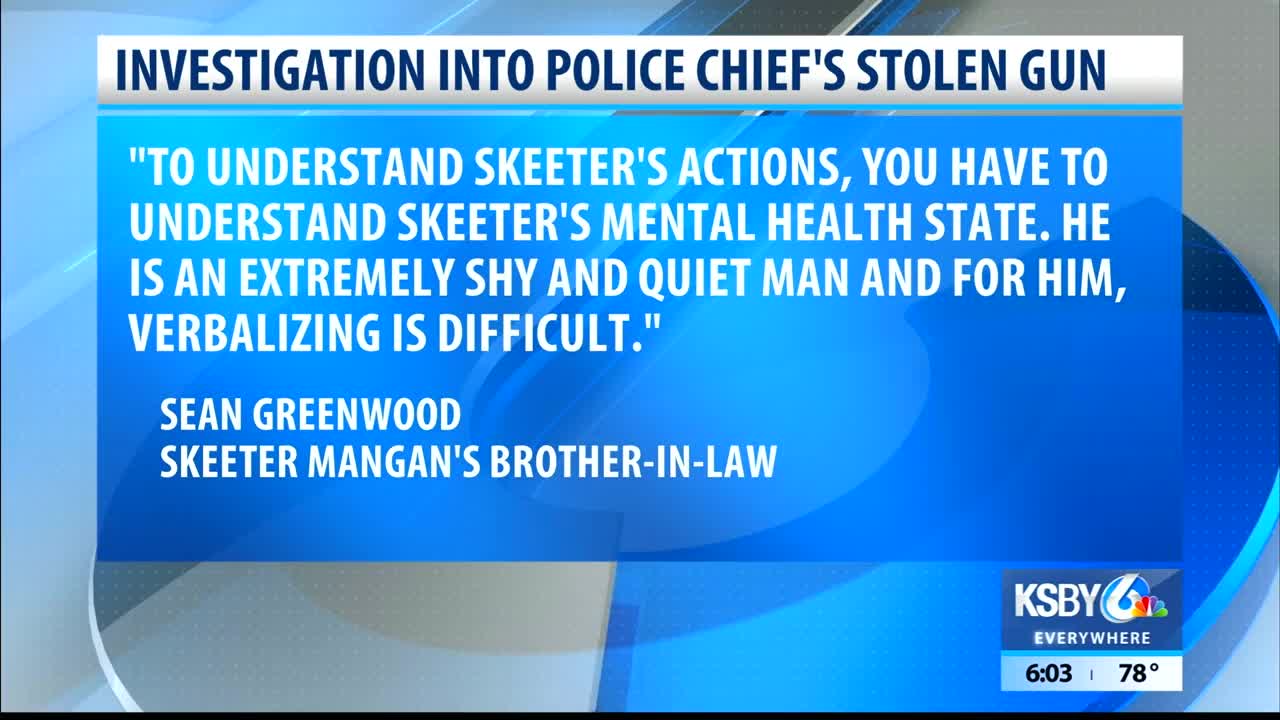 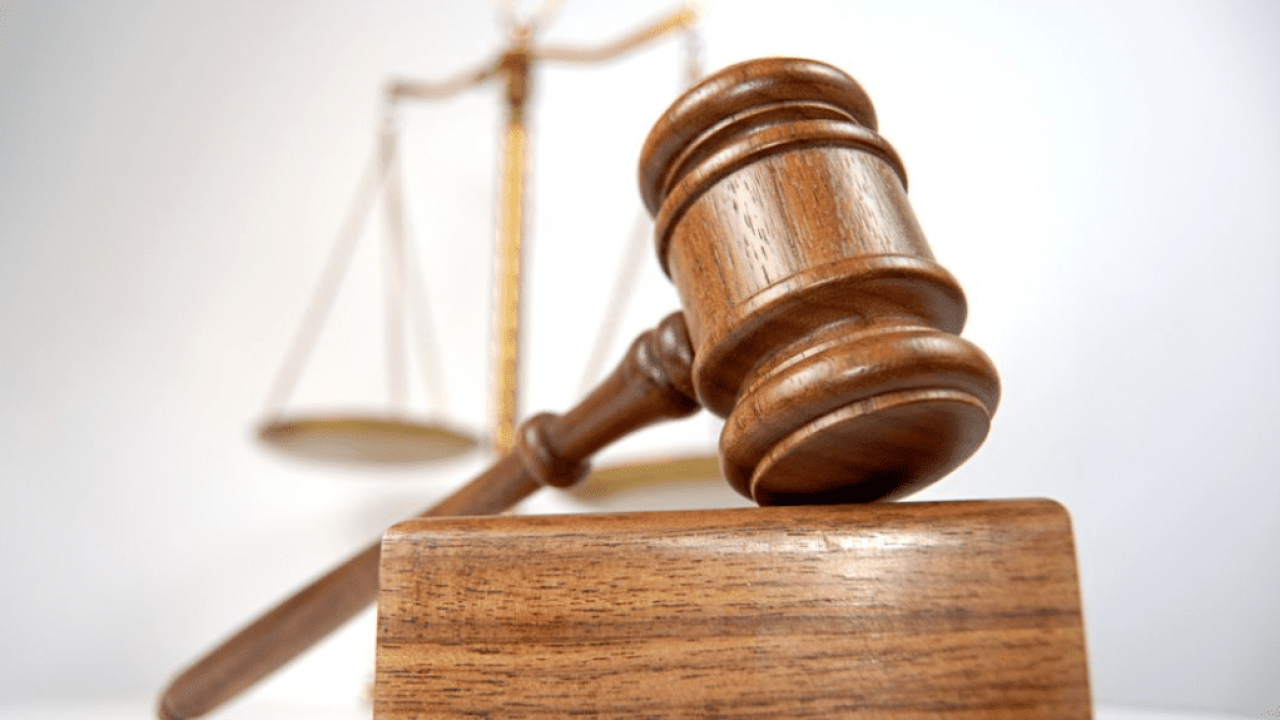 The San Luis Obispo County District Attorney’s Office says it received the report from police Monday night, which asks for a review/filing of charges of grand theft of a firearm, possession of stolen property and carrying a loaded firearm in public.

The DA’s Office will now review the report to determine if any charges will be filed against Skeeter Mangan of Los Osos.

"In many cases, when we review the file, we end up deciding our office, our investigators should go out and do some further investigating as well," San Luis Obispo County District Attorney Dan Dow said. "That's certainly possible here."

SLOPD Chief Deanna Cantrell announced the night of July 10 she had left her personal gun in the bathroom at El Pollo Loco on Los Osos Valley Road earlier that day.

Surveillance video released by police showed a man Cantrell says was the person who took the gun.

The following night, police announced a man called the sheriff's office and told deputies his brother-in-law was in possession of the missing firearm.

The caller said he would bring in the suspect to the Sheriff’s Coastal Division in Los Osos to return the gun.

During the interview, police say Mangan admitted to finding the gun in the restroom, putting it in his pocket and taking it to his home in Los Osos. He was not arrested.

Mangan’s brother-in-law, Sean Greenwood, has provided KSBY News with information about the events he said occurred before turning the gun over to authorities.

“After seeing the photo of my Brother-in-law, I went to his home where he lives with his father. I unloaded and completely disassembled the firearm. I spoke with Skeeter about the situation. He stated he wanted to get it back to the owner but didn’t know how. He removed the pistol from the restroom and went home, where he placed (it) in a drawer,” Greenwood said in a statement, which continues, “To understand Skeeters actions, you have to understand Skeeter’s mental health state… He is an extremely shy and quiet man and for him, verbalizing is difficult. Because Skeeter, for the most part, is nonverbal, speaking with friends and family, holding a job and expressing his thoughts is an everyday struggle. He doesn’t have a cell phone or computer, nor does he have social media. Once he learned from me, the true owner of the firearm, he told me he wanted to bring it into the “cop shop”… I explained to him it would be better if I gave him a ride and helped him to explain to the detectives the situation, rather than him riding his mode of transportation, a scooter.”

It’s not known when the DA’s Office will decide if any charges will be filed against Mangan.

"As in every case, Mr. Mangan is presumed innocent unless and until proven guilty in a court of law by proof beyond a reasonable doubt," District Attorney Dan Dow said in a statement released Tuesday. "The District Attorney’s Office has not taken a position in this matter and will not do so until our objective review has concluded."

When reached by phone last week, Mangan told KSBY News he has not spoken to the police since he returned the gun. When asked why he took the gun, Mangan said he "didn't know."

"I don't think they (the police) have a case," Mangan said. "It's better that I found it and it got back than if something bad had happened."

Police collected clothing from Mangan they say he was wearing when he took the gun and booked it into property at the police department as evidence.

As for the chief, the City of San Luis Obispo handed down disciplinary action against her, which included a one-time pay reduction of $1,598, additional training in firearm safety practices and having to talk to all members in the police department about the incident and the lessons learned that apply to all officers carrying a firearm. The one-time pay reduction is equivalent to a two-day unpaid suspension.

During the search for the gun, police mistakenly identified the man they thought took the weapon. When officers showed up to that man’s house, the DA's Office says they found syringes believed to be used for illegal drug injection and determined the environment was dangerous for children. Two children, ages 8 and 9, were removed from the home and placed in protective custody,

That couple, Cheyne Orndoff, 33, and his wife, Vanessa Bedroni, 31, were arrested on suspicion of child endangerment. They are currently out of custody and appeared in court for a hearing Tuesday, where the judge ruled in favor of modifying a protection order against the couple regarding contact with their two children. Because the order involves juveniles, no further details about the modification were released.