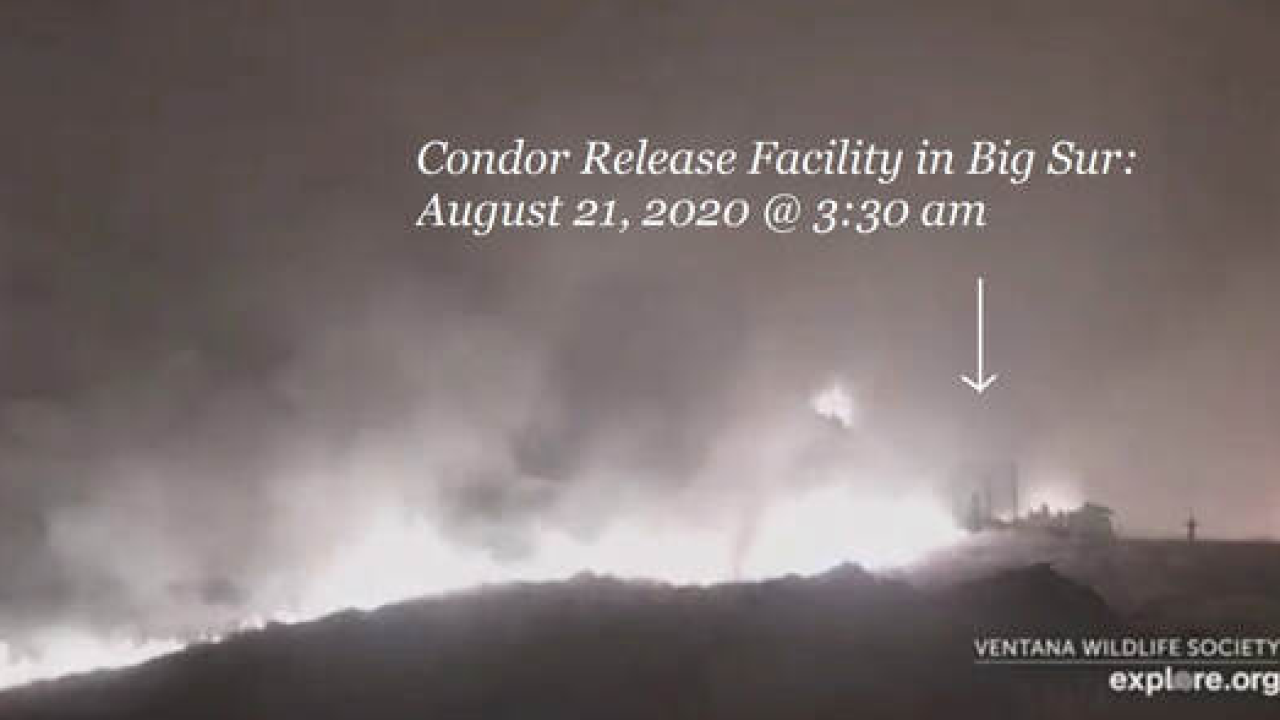 The Ventana Wildlife Society is working to rebuild The Condor's Big Sur Sanctuary after it burned down in the Dolan Fire.

Wildlife officials say there were no condors inside the facility when it burnt down, however there are three free-flying condors missing in the Big Sur Condor Range and four nesting chicks unaccounted for.

Among the missing condors is Iniko, who hatched on April 25, and was last seen alive in its nest on the Live Condor Cam, just before the transmission went dead.

There are a total of 518 California condors, with 101 of them being in Central California. According to wildlife conservationists, the California condor has been protected as an endangered species by federal law since 1967.

The Ventana Wildlife Society is asking for donations to help rebuild the sanctuary. They say their goal is to raise $500,000 in order to continue working on restoring the species. To donate, visit this website.

Firefighters are struggling to gain control of the Dolan Fire, which investigators say was started due to arson. As of Thursday, Aug. 27 it has burned 21,861 acres and is 15 percent contained. There is a total of 951 fire personnel on scene.