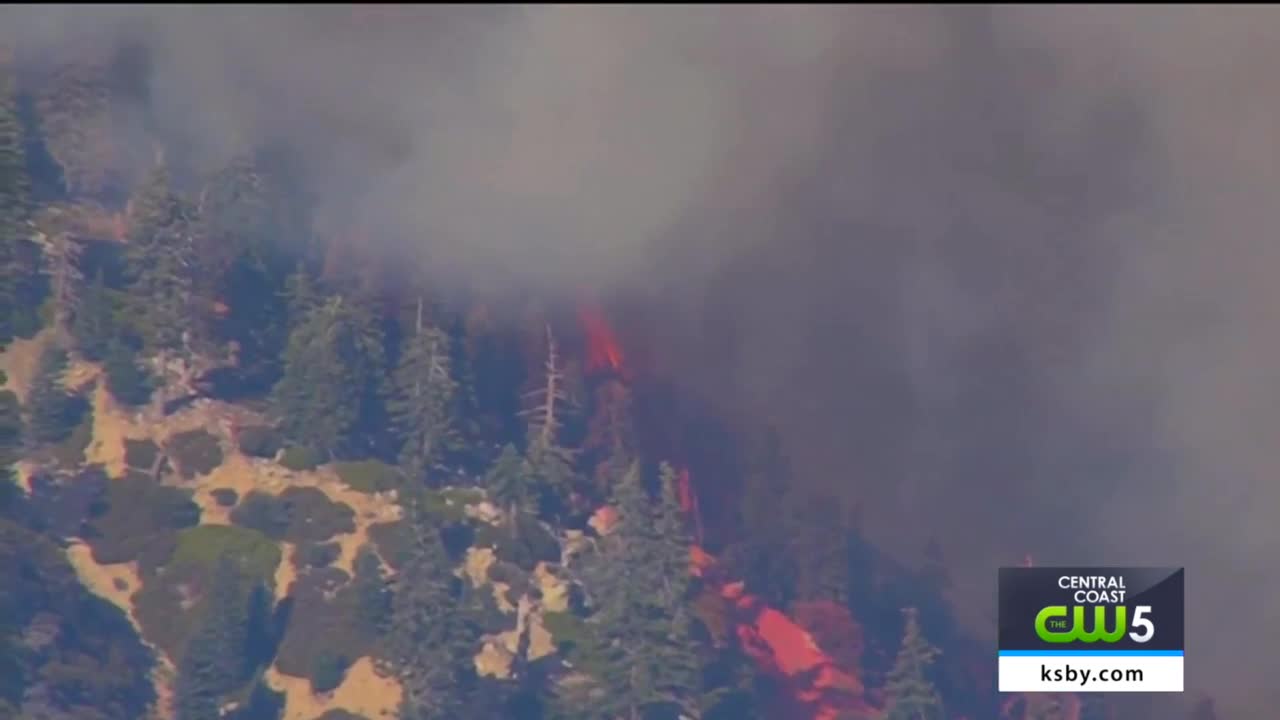 “There’s a running joke in the fire service that every year someone gets on TV and says this could be the worst fire season in California history and we laugh about it every year. Sadly we’re not laughing about it this year," Five Cities Fire Authority Chief Steve Lieberman said.

"It’s probably going to hit that million acre mark and who would have ever thought of something like that," Lieberman said.

This year has been a record setter, which one Central Coast firefighter learned quickly in his first year on the fire lines.

“Jumping in on these incidents and seeing some of the incredible fire behavior," Five Cities Authority firefighter Aaron Hunt said. "Just how fast these fires are moving and how intensely they are burning."

One of the causes is due to the hot and dry conditions across the state.

“I just think it’s the perfect storm of us being in a drought situation," Lieberman said. "You’ve got forests that are really thickly vegetated, you’ve got these extreme weather patterns.”

Firefighters battling the flames are often out for days, facing prolonged periods away from their families.

“It does worry me because I have two little girls and home and a wife and I miss them every day that I’m out there," Hunt said.

The threat of COVID-19 yet another challenge for fire officials, often working closely with other fire crews from different parts of the state.

"Going through the chow lines, hand washing stations, face covering requirements, it all still applies out on the fire line," Hunt said.

Resources are stretched thin as fires continue to burn across the state, prompting many firefighters to step in to help.