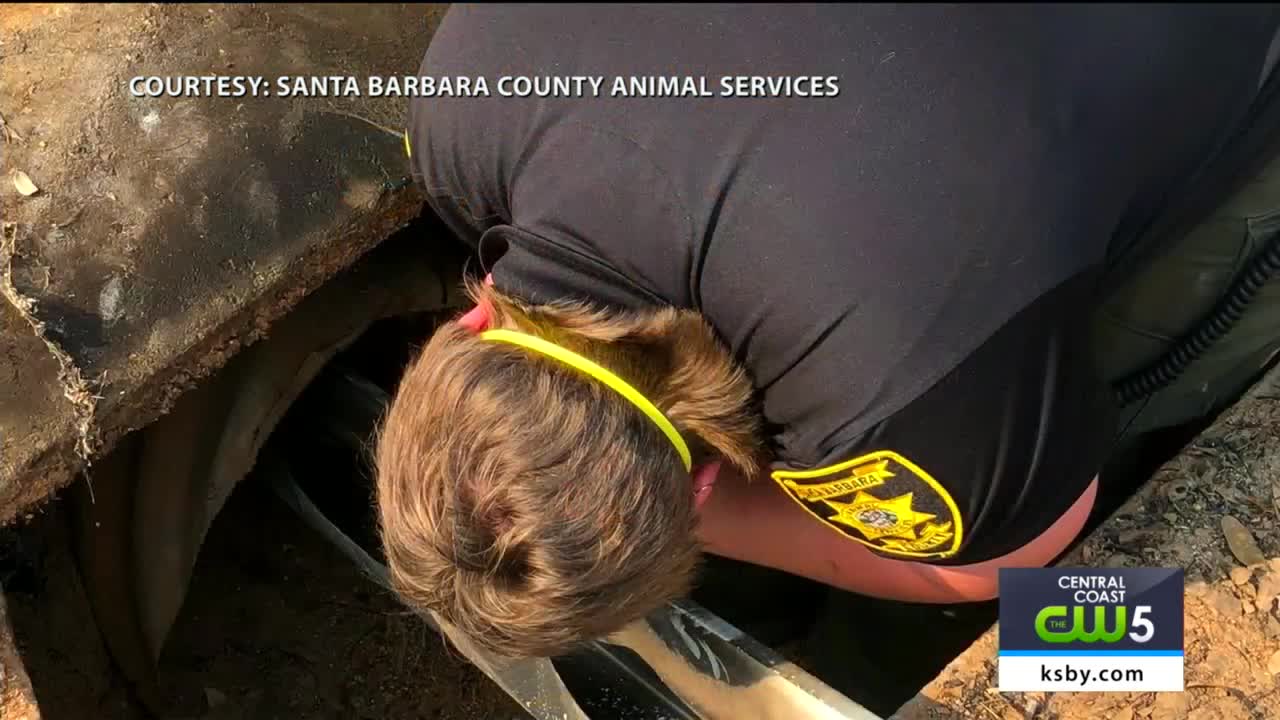 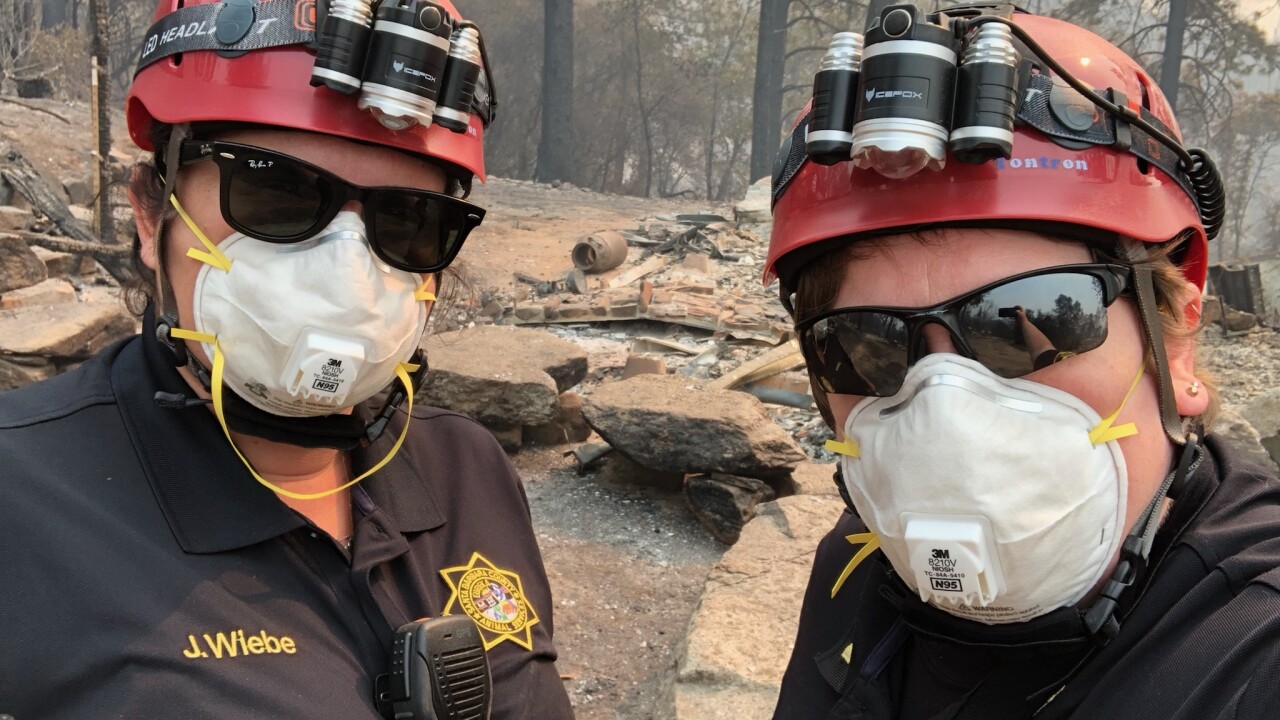 As the North Complex Fire burns nearly 300,000 acres, leaving 15 people dead, two first responders from Santa Barbara County Animal Services are trying to save every animal they can.

Jessica Wiebe and J. Bixby have been working close to the fire line for several days.

"We've been talking [to everyone] about how eerie it is. It feels like a dark, ashy winter," Wiebe said.

Their assignment: helping some of the furry family members left behind.

"So right now we're getting calls to go out and feed animals, check on chickens, checking the water levels for the animals, and assessing properties for possible injured animals," Wiebe explained.

For these women, the hours are long but that’s not stopping their dedication to rescuing animals in any way they can.

On Monday, they had to come with up a unique way to successfully get this cat with burned paws to medical care.

"We took some rain gutters from a burned down house and we make-shifted it together with some duct tape and got it into the culvert. [Bixby] was on one end and I was on the other end to watch the cat go in the trap and we [finally] got the cat into the trap!" Wiebe said.

While there are some tense moments due to being in an active fire zone, some of the cases they've responded to have been life-changing for evacuees and their animals.

One woman called them assuming the worst about her home in a remote area.

"We were really surprised to see her home still standing because she thought it was destroyed and when we got out to assess the property, all of her chickens and her ducks were there. So this poor lady was giving up hope that her animals were alive and they were, and her house was there! It was really cool," Bixby and Wiebe said.

The officers say the North Valley Animal Disaster Group could use financial support to allow them to keep feeding more and more animals in these evacuation zones .