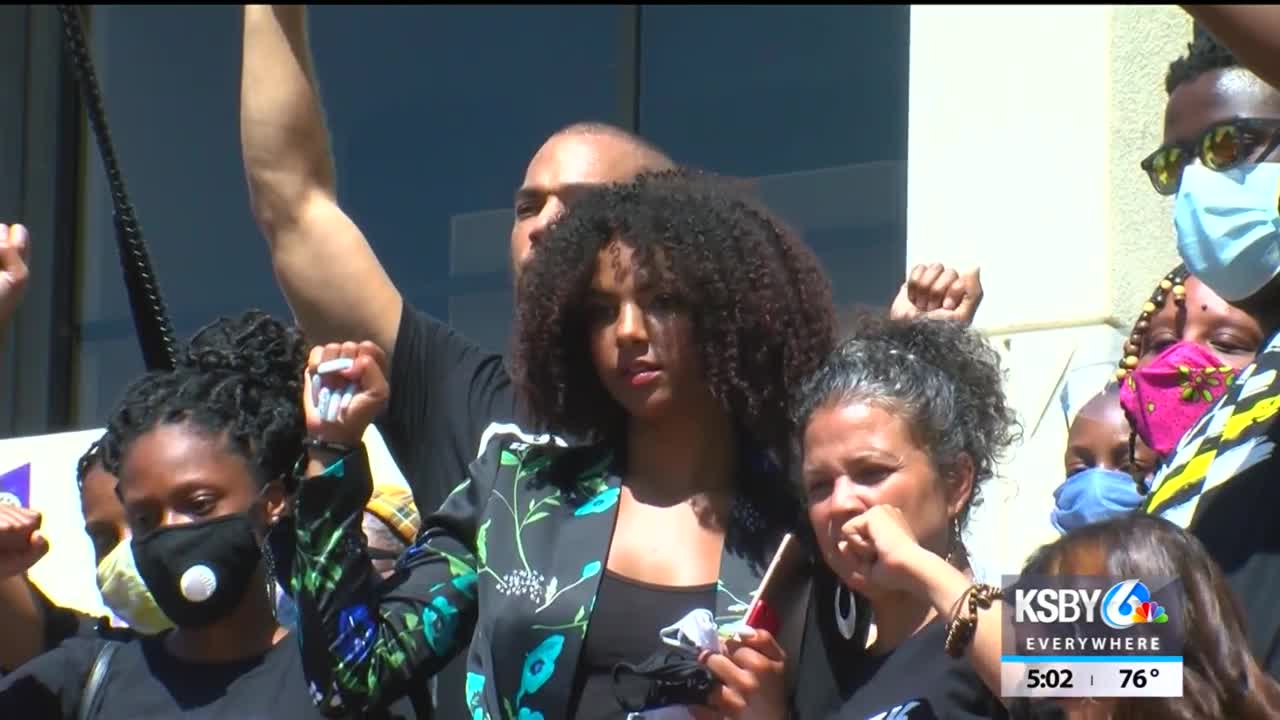 Hundreds of people gathered Tuesday morning in front of the San Luis Obispo County Courthouse for a press conference and rally in support of Tianna Arata. 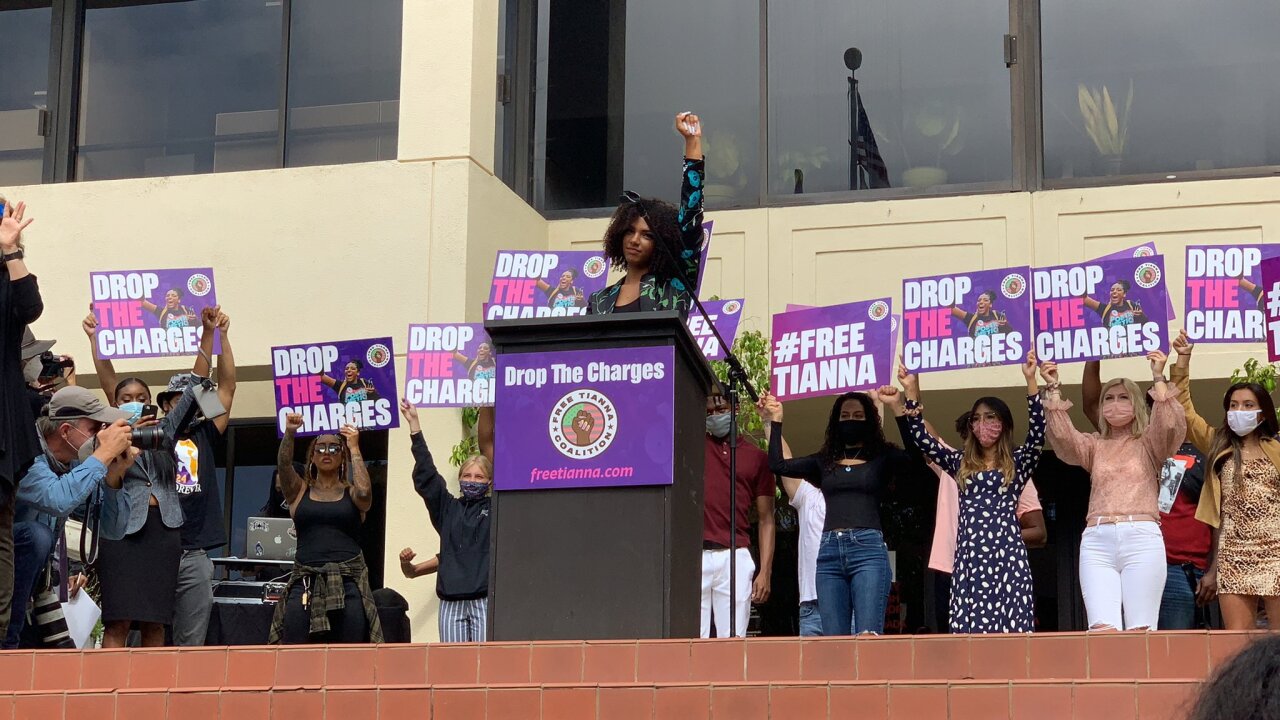 Hundreds of people gathered Tuesday morning in front of the San Luis Obispo County Courthouse for a press conference and rally in support of Tianna Arata.

Police say Arata is responsible for leading a Black Lives Matter protest march on July 21 that blocked Highway 101. Police say the march also resulted in acts of vandalism at the hands of protesters.

The police department is requesting that the San Luis Obispo County District Attorney's Office file charges against Arata for false imprisonment, conspiracy, inciting a riot, engaging in an unlawful assembly, and resisting, obstructing or delaying a peace officer.

One of Arata's attorneys, Curtis Briggs, said the #FreeTianna movement had three goals for its Tuesday rally -- to ask San Luis Obispo County District Attorney Dan Dow to reject the charges against Arata, to call for the immediate termination of San Luis Obispo Police Chief Deanna Cantrell, and to ask the citizens of SLO County to keep and open mind if called for jury duty on this case.

At least ten additional speakers took the podium, including Arata.

Arata described growing up feeling like an outsider and said she attended her first protest at the age of 14 and began organizing soon after that.

"My passion, my goal, and my energy is directed towards enacting change," Arata said.

"There's a lot I'm trying to accomplish. I turned 20-years-old this summer. I'm a young woman. I hope to be a role model to people and to speak for those who don't have a voice, who aren't able to come out and protest, who are too occupied trying to survive to be out here fighting for other people's lives."

A counter-protest was organized to take place just a block away from the SLO County Courthouse.

The group, shouting "law and order" and "back the blue," said they were there in support of District Attorney Dan Dow and the San Luis Obispo Police Department.

"There's issues when people are put into danger through protest, so we oppose protests being taken onto the freeway. We oppose citizens being put into danger, so we are here to support the rule of law," said Matthew Prewett.

Another protest in support of Dow and law enforcement is scheduled to take place at 5 p.m. Thursday, August 27, outside the SLO County Courthouse.

"We support free speech. Period. And we also have to be unwavering in our insistence that gatherings are peaceful and safe for everyone in the community," Johnson said, adding that the city supports the principles of the Black Lives Matter movement.

Asked about the outcry against Arata's arrest, Chief Cantrell said she stands by the recommended charges.

"The facts are Tianna Arata was arrested for her own actions, for her own behavior, for her own decisions," Cantrell said. "She broke several laws. She committed several crimes. She recorded herself committing those crimes. And the police department's job, in part, is to be a victim advocate and to not only uphold the First Amendment rights of peaceful protesters but the rights of everybody else in the community, as well."

Cantrell said she believes herself to be a progressive police chief when it comes to change, reform, and working to build relationships with marginalized communities.

"We're not going to change policing without working together and so I'm open to that, willing to sit at the table. I've shown that in my history and will continue to do that work," she said.