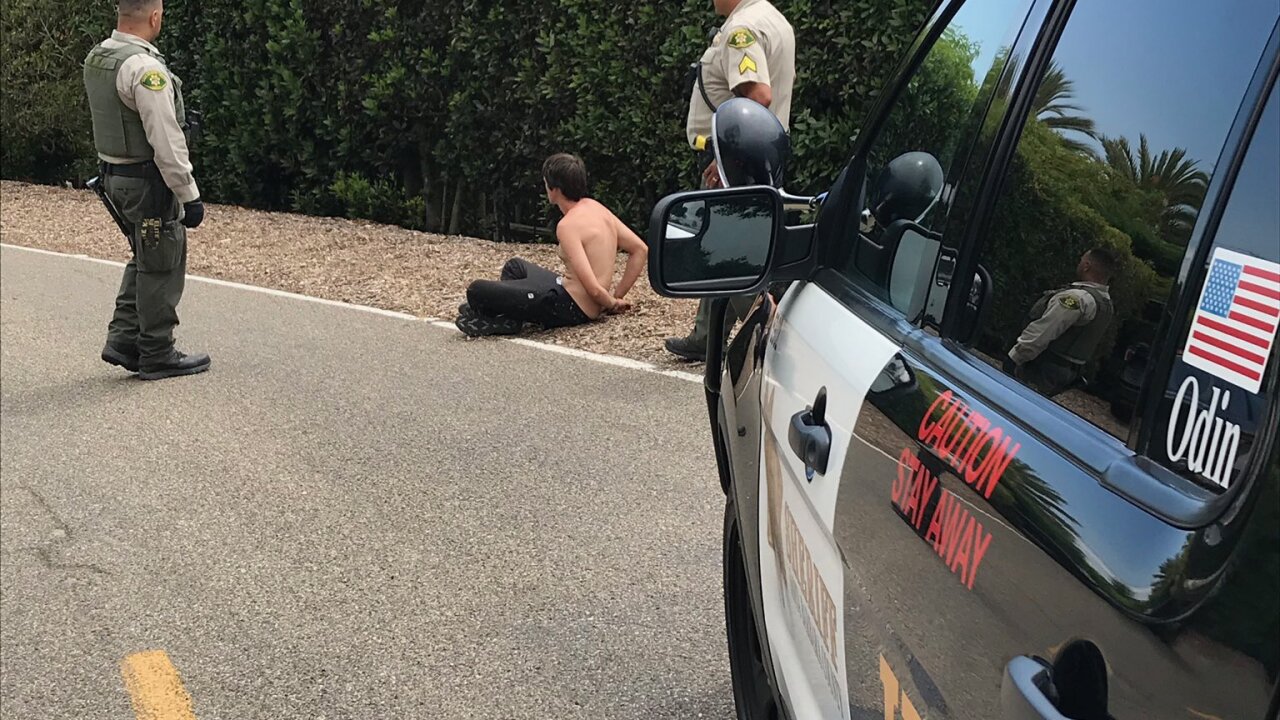 Some residents in Goleta were briefly told to shelter in place as authorities searched for a suspect Sunday morning.

The Santa Barbara County Sheriff's Office said deputies responded to the 4500 block of Veija Dr. around 11:40 a.m. for a suspect who stole a handsaw and was "acting bizarre."

Patrol, K9 and County Air Support searched for the person and found the stolen saw around noon.

That person, 27-year-old Rembert Greeson, was spotted by multiple people and, identified by a witness, and arrested.

At 11:41, deputies responsed to the 4500-blk of Veija for a suspect who stole a handsaw & was acting bizarre. Patrol, K9 & County Air Support searched for the suspect. They found the stolen saw at noon & continued to search the area, asking residents to briefly shelter in place.

As deputies continued the search, they asked residents on the 4600 blocks of Via Vistosa, Via Cayente, and Via Carretas to briefly shelter in place, but that order has since been lifted.

Greeson was booked into the Santa Barbara County Jail for burglary.

His bail amount and booking photo are expected to be released Monday.