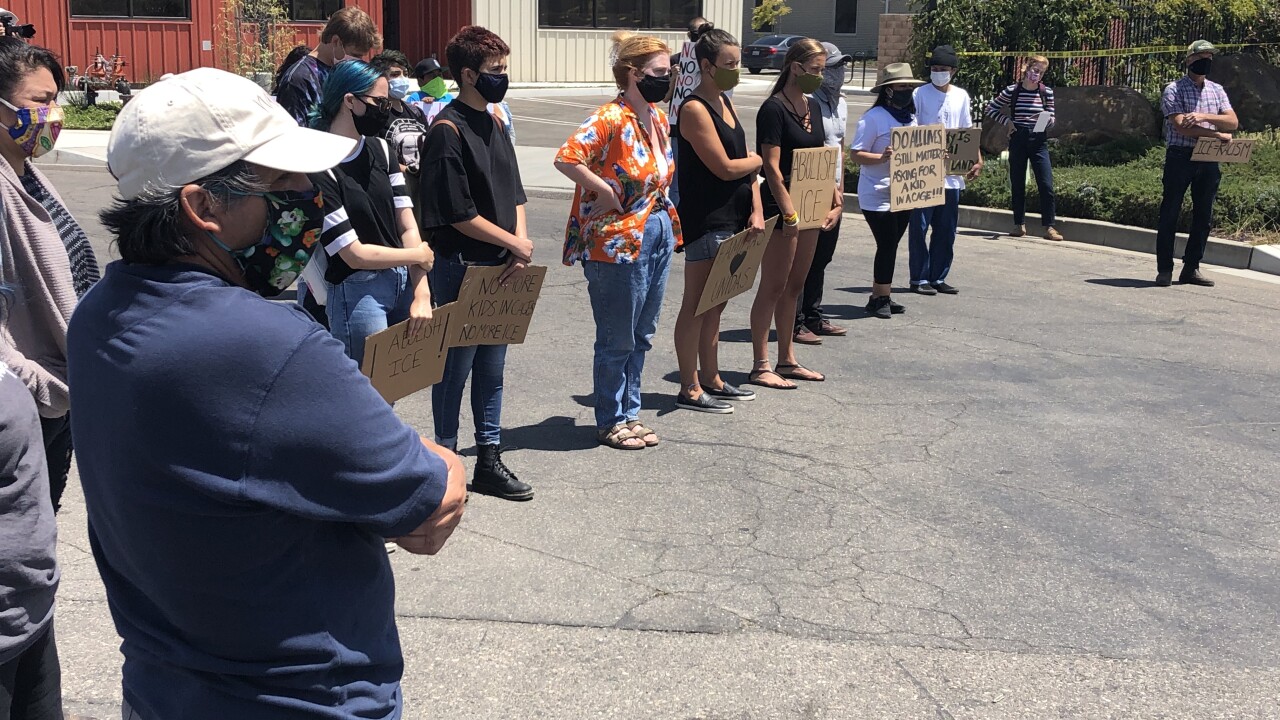 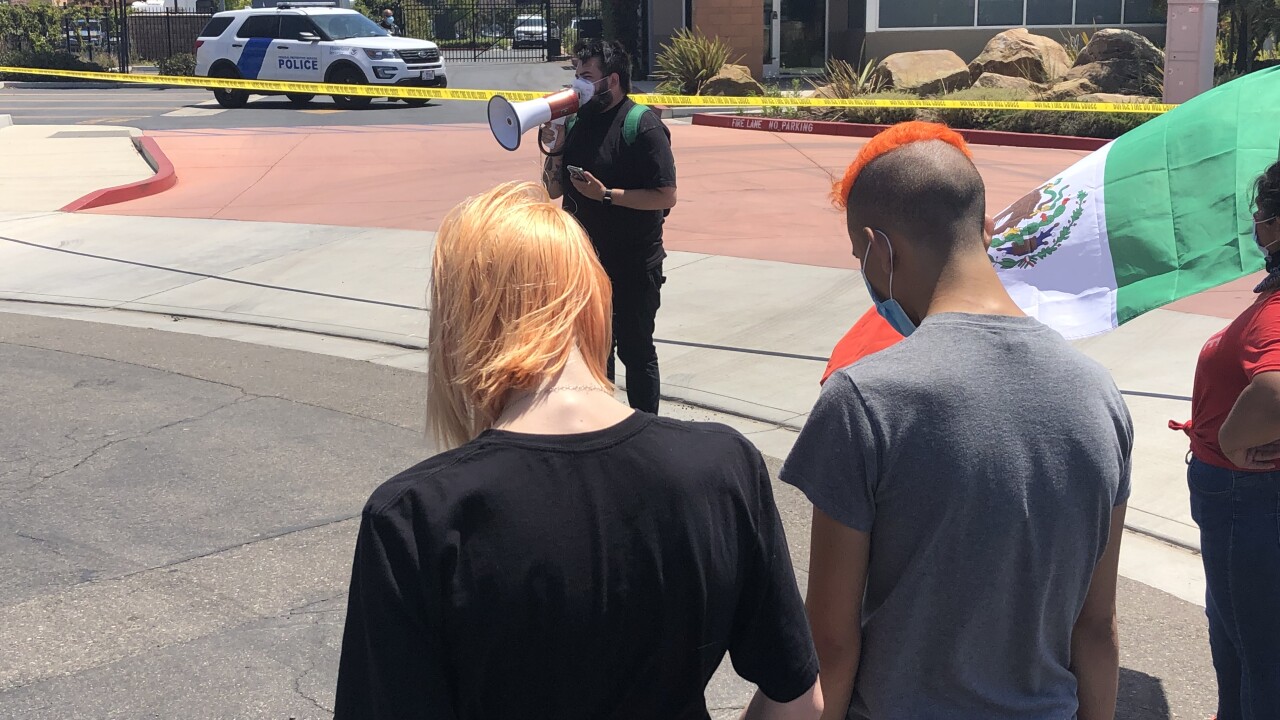 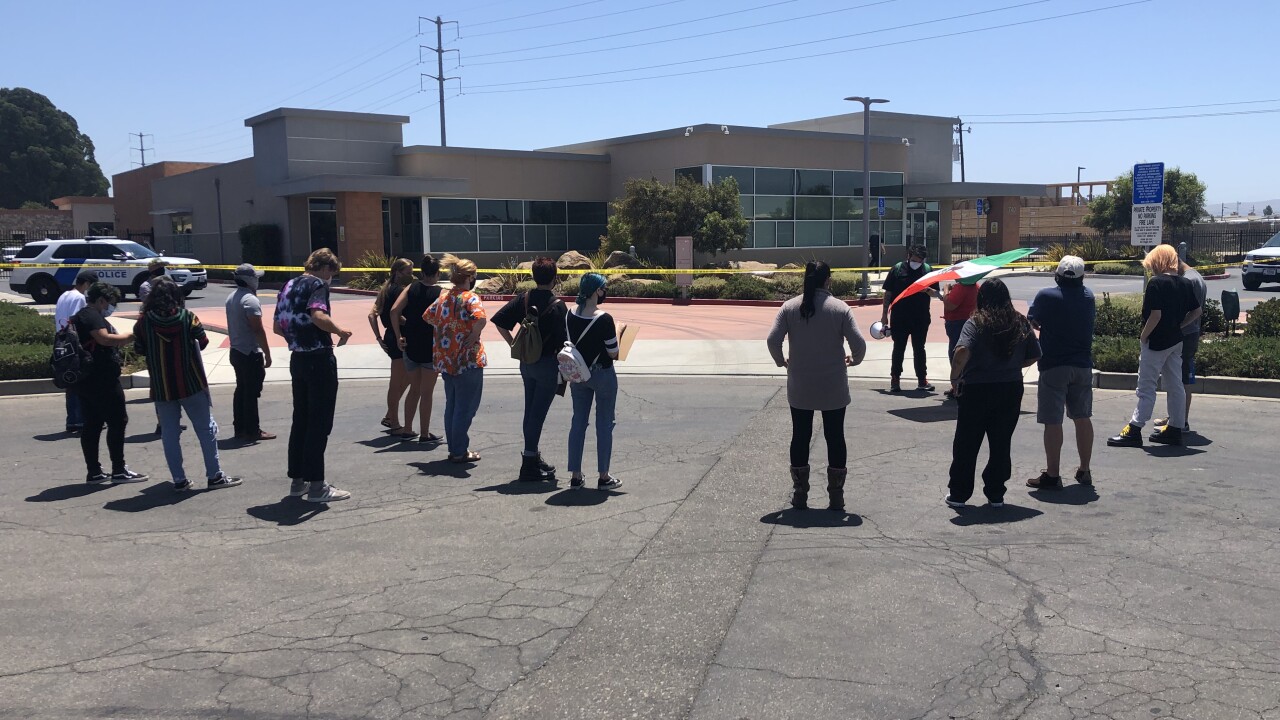 A couple dozen people gathered in front of the I.C.E. facility in Santa Maria to protest against the treatment of people who have been detained, deported, and who have died in custody.

They say they want I.C.E. to be abolished and another government agency created in its place that will treat people humanely.

A small number of law enforcement was visible at the protest, and the parking lot of the I.C.E. facility on Century St. was blocked off with caution tape to prevent the protesters from entering.