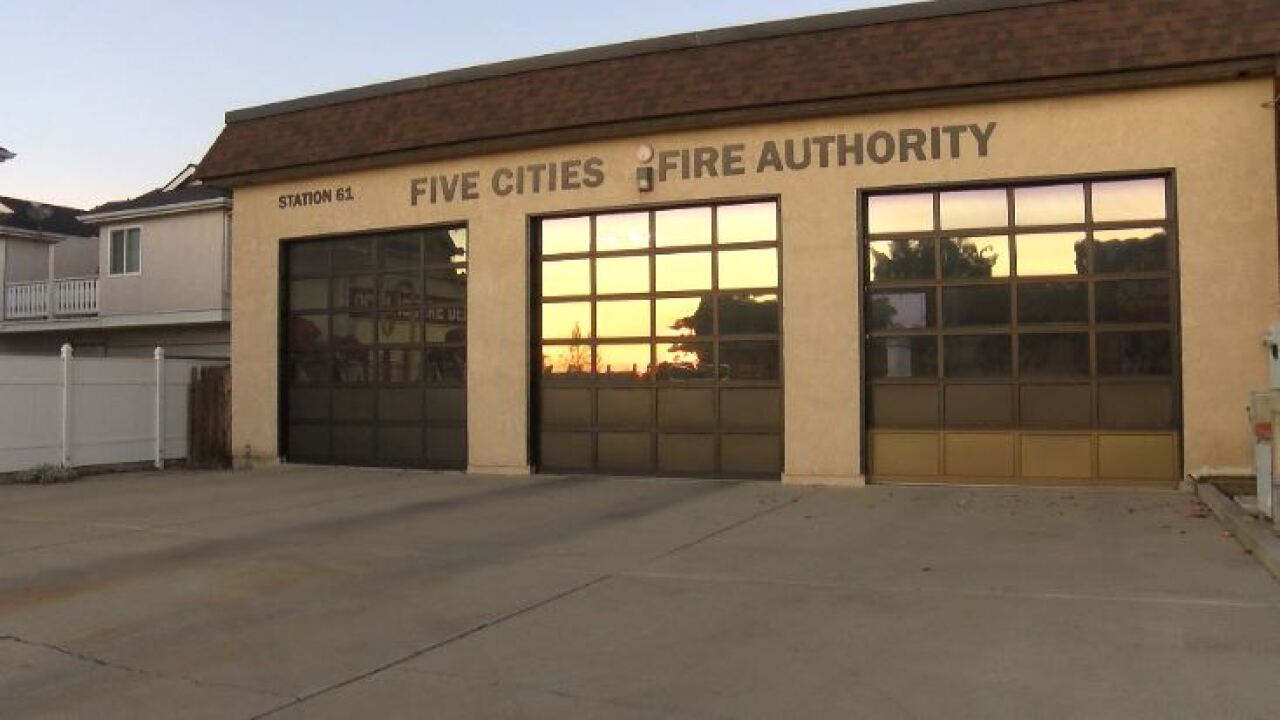 Voters will decide whether Oceano stays part of the Five Cities Fire Authority.

If approved by voters in March, residents in Oceano will keep their current fire service, but it comes at an extra cost.

The Community Services District says $15 a month would be added on to property taxes for people in Oceano to keep the Five Cities Fire service.

Monday night the city of Grover Beach approved a resolution in support of this ballot measure passing.

When you call 911, you expect first responders to be there within a few minutes but that "rapid response" has been tested recently in Oceano.

A lack of funding has forced the Five Cities Fire Authority station within the community to close several times due to staffing shortages as the current funding structure doesn't allow for enough full time employees.

"They frequently come to my neighborhood. I live in one of the senior mobile home parks in Oceano and I am so aware that minutes matter when you need an emergency response," said Oceano resident, Brenda Lowe.

The Oceano Community Services District says putting a tax measure on the ballot in March will keep full time staffing and help pay for new equipment.

The CSD estimates home owners will pay an extra $15 dollars a month on their property tax bills, adding up to about $400,000 total each year.

"Unlike cities, community services districts don't have the various revenue streams to fund these services; we rely solely on property taxes whereas cities can rely on transient occupancy taxes, sales taxes - Grover Beach has a cannabis tax," said Will Clemens, General Manager of the Oceano Community Services District.

On Monday, Grover Beach City Council members passed a resolution in support of the measure increasing the amount Oceano contributes.

Currently both Arroyo Grande and Grover Beach pay more for the service than Oceano.

"One out of every five service calls in this community is responded to by Oceano Station 3," said Matt Bronson, City Manager of Grover Beach.

Some community members are hesitant about adding another tax, but others argue the alternatives could be even more expensive.

"It's worth that much to me knowing that we'll have more security," said Halcyon resident, Karen White.

In order for the ballot measure to pass, it requires 2/3 vote from the community during the primary election on March 3.

The Oceano CSD plans on passing a resolution in support of the tax measure on Wednesday and Arroyo Grande will be addressing the issue next week.