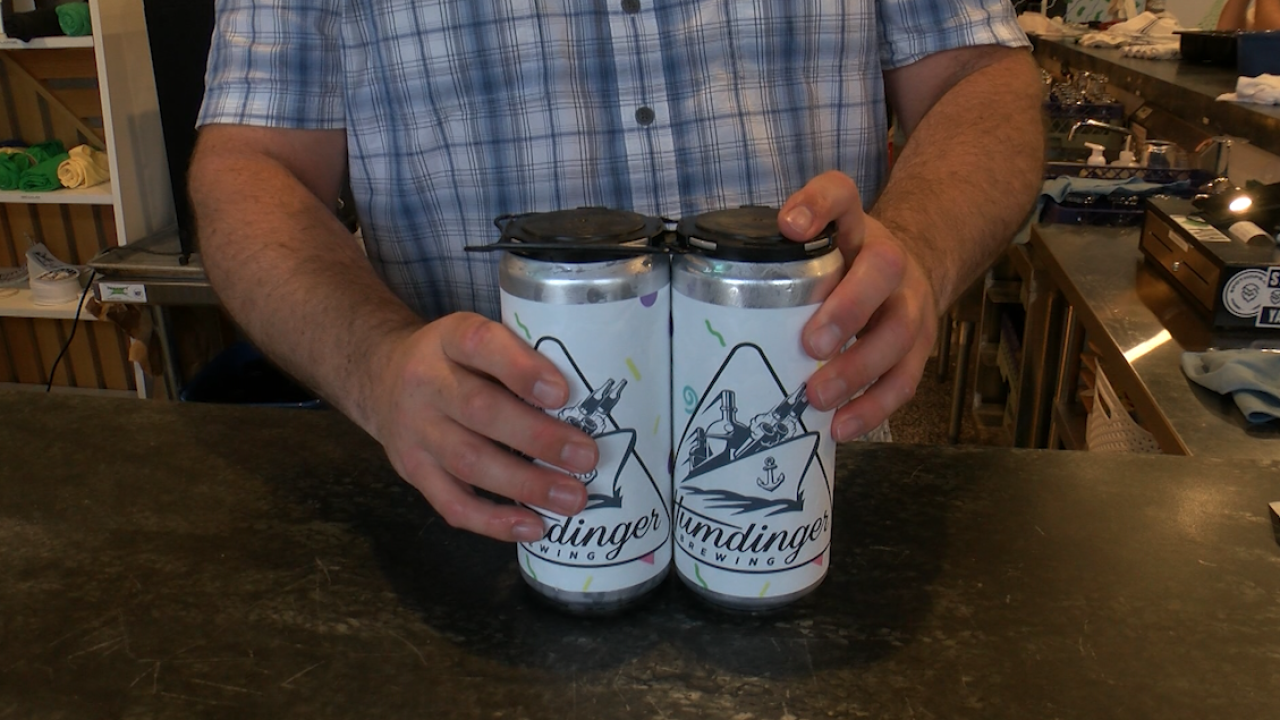 One local brewery in Arroyo Grande says the to-go phase has impacted their stock of cans, which are distributed from Los Angeles and Texas.

COVID-19 is impacting businesses that didn't even shut their doors.

Breweries nationwide are now feeling the effects of an aluminum shortage as the demand for canned beer increases.

One local brewery in Arroyo Grande says the to-go phase has impacted their stock of cans, which are distributed from Los Angeles and Texas.

As supply chains struggle to keep up, it means less product for some companies.

"If we don't have those cans available, then that freezes the sales we can make," Humdinger Brewing owner Lee Samways said.

The shipment process from Texas to the Central Coast brewery typically takes only three to four days. Now, they have to wait one month for a shipment of cans.

"We're not getting cans, and it's becoming a problem," Samways said.

Instead of drinking at bars and restaurants, people are now enjoying their beverages from home.

One Guadalupe resident says he even noticed the aluminum shortage in Trader Joe's, where he works.

"A lot of my shipments get shorted, a lot of it is in cans nowadays," Mike Ogilvie said. "The beers that I would normally order, they just haven't been showing up at the store."

Humdinger opened just as the pandemic hit. The pub says they have been able to stay afloat, but the shortage has made things difficult.

For a period of nearly three weeks, there were no cans at all.

"Luckily, after a couple phone calls, we were able to get several hundred cans from our neighboring breweries," Samways said.

Samways says the sense of community on the Central Coast has helped them to stay open, as other businesses have been sharing supplies during the long shipping times.

"The brewing world is such a tight-knit group, we're able to help each other wherever we can to make sure that we all succeed," he said."