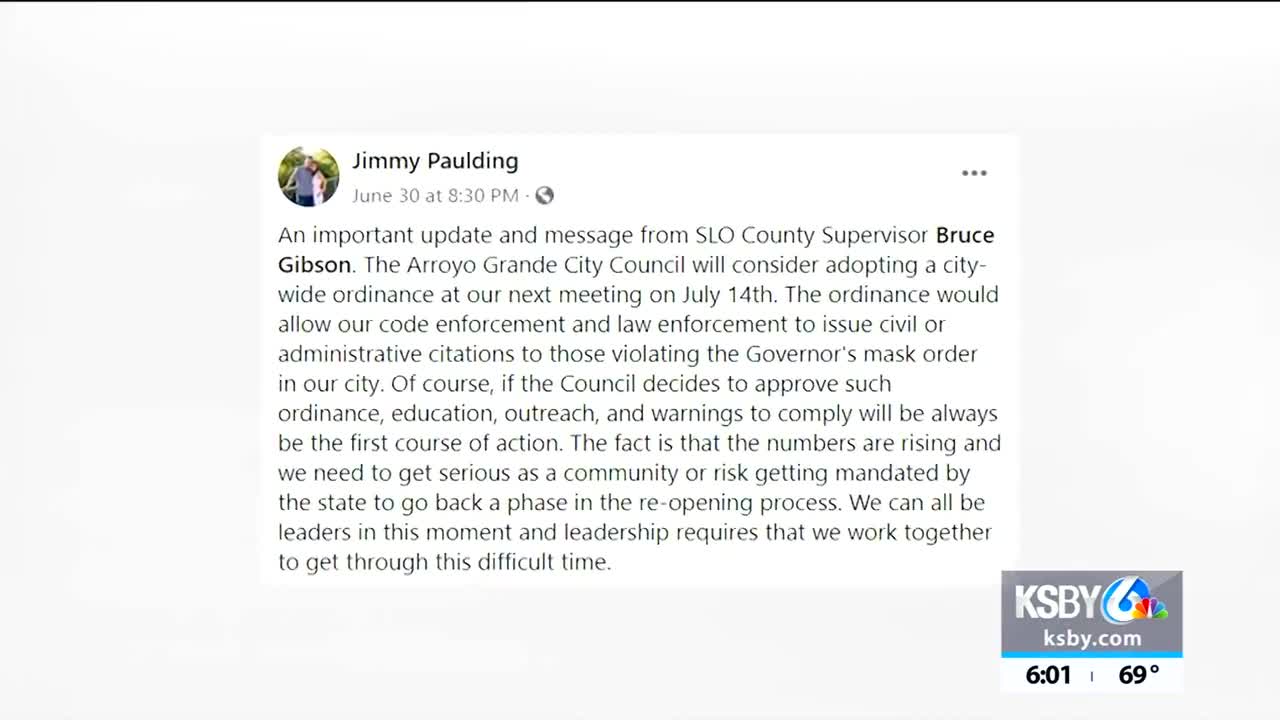 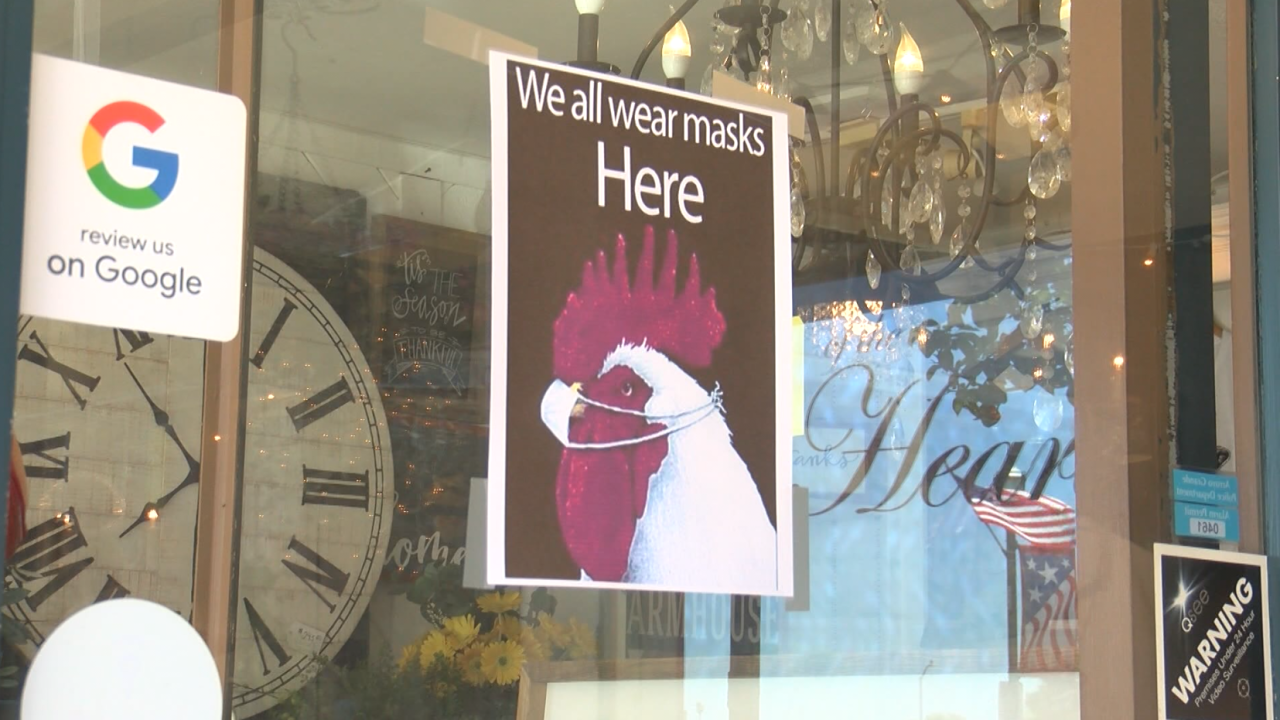 Leaders in one Central Coast city are expected to discuss issuing fines for people who don't comply with face-covering orders.

While next week's Arroyo Grande City Council agenda has not yet been released, one councilmember posted on Facebook that they'll be considering face-covering enforcement at that meeting.

Just about every shop in the Village has a sign posted that a face covering is required. But Camay Arad, owner of Chameleon Home, says not everyone is complying.

"We had a couple come in that refused to wear a mask and when I explained it was to protect me, not just them, and that I'm 70-years-old and in the vulnerable group, the woman said, 'Oh, alright,'" Arad explained.

She said she gave the woman a mask. She also gives masks to other customers who forget theirs. But now, the City of Arroyo Grande could be cracking down even further.

Councilmember Jimmy Paulding posted on Facebook that a potential citywide ordinance could allow code enforcement and law enforcement to issue civil or administrative citations to those violating the governor's mask order.

"My immediate reaction is no," said Melanie Larson. "I think that we're grown-ups. I don't think we should have to wear a mask walking down the street."

"It's definitely going to save more lives in the end but I also think on the other hand it's a very sensitive subject because there's two sides to both of it. The cops have other jobs and things they need to worry about as well," said Bethany Fitzsimmons.

Some cities already have mask enforcement on the books. In Monterey and Santa Monica, the first violation is $100. But in West Hollywood, a citation is a bit steeper at $300 for not wearing a mask.

"It takes the burden off of the shop owner to try to enforce something for their own protection," Arad said.

There's no word yet on how much a citation would be if an ordinance is passed.

The city council's next meeting is Tuesday, July 14.