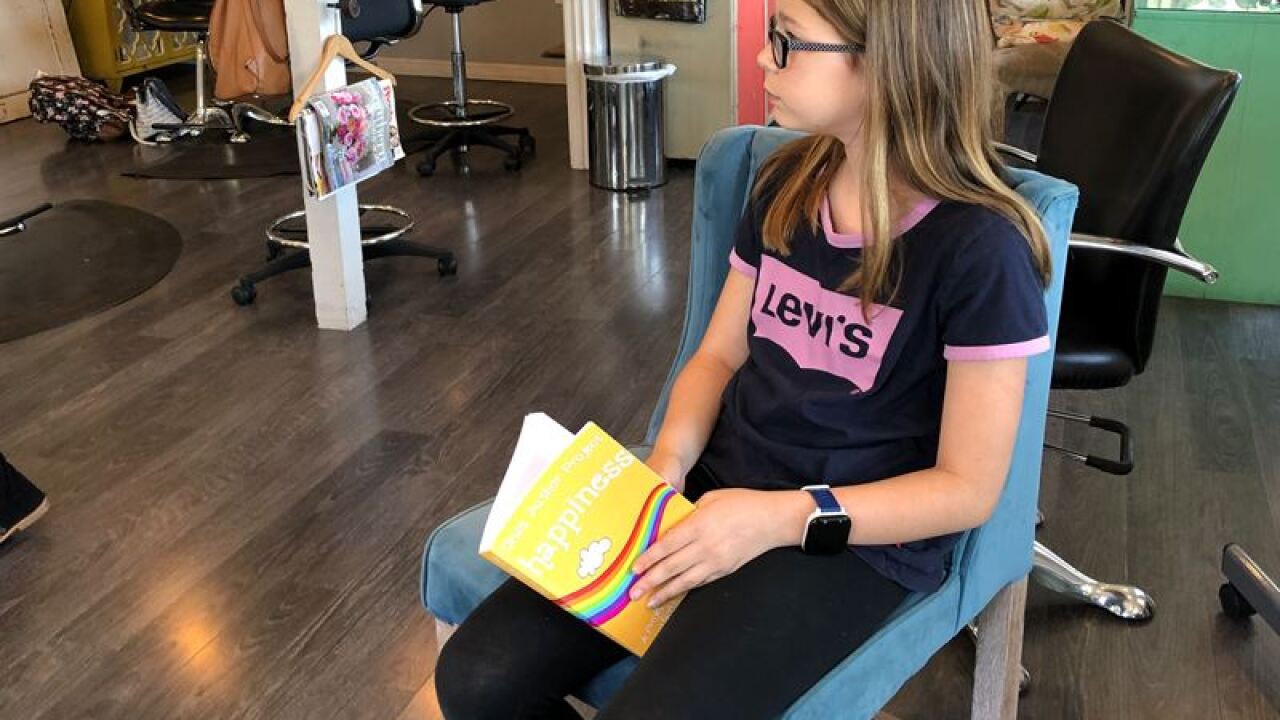 A 10-year-old girl from the Central Coast wrote a page in a children’s book dedicated to happiness.

Macie Griffin was featured in the Child Author’s Projects Happiness book, that featured child writers from around the world.

The opportunity came when her mom’s friend from the United Kingdom simply asked her if she would be interested in joining the project. After Griffin accepted, she was asked to write one page about what happiness meant to her.

Her page featured several things about what made her happy, like making someone smile, or doing kind things, but it also featured some advice.

A piece of advice she wrote in the book is “maybe by putting down whatever you are doing and paying attention to what they have to say” you can make people feel happy.

She said she wanted to include that part in the book because sometimes it feels like people are not fully aware.

“I feel like sometimes people don't pay attention to other people if they are upset, and they kind of don't realize it sometimes, and so I think I just thought, maybe if I wrote that, some people would pay attention more,” Griffin said.

She said she thanks for parents for raising her to be a happy person and for encouraging others to be happier too.

The book was published on Amazon.