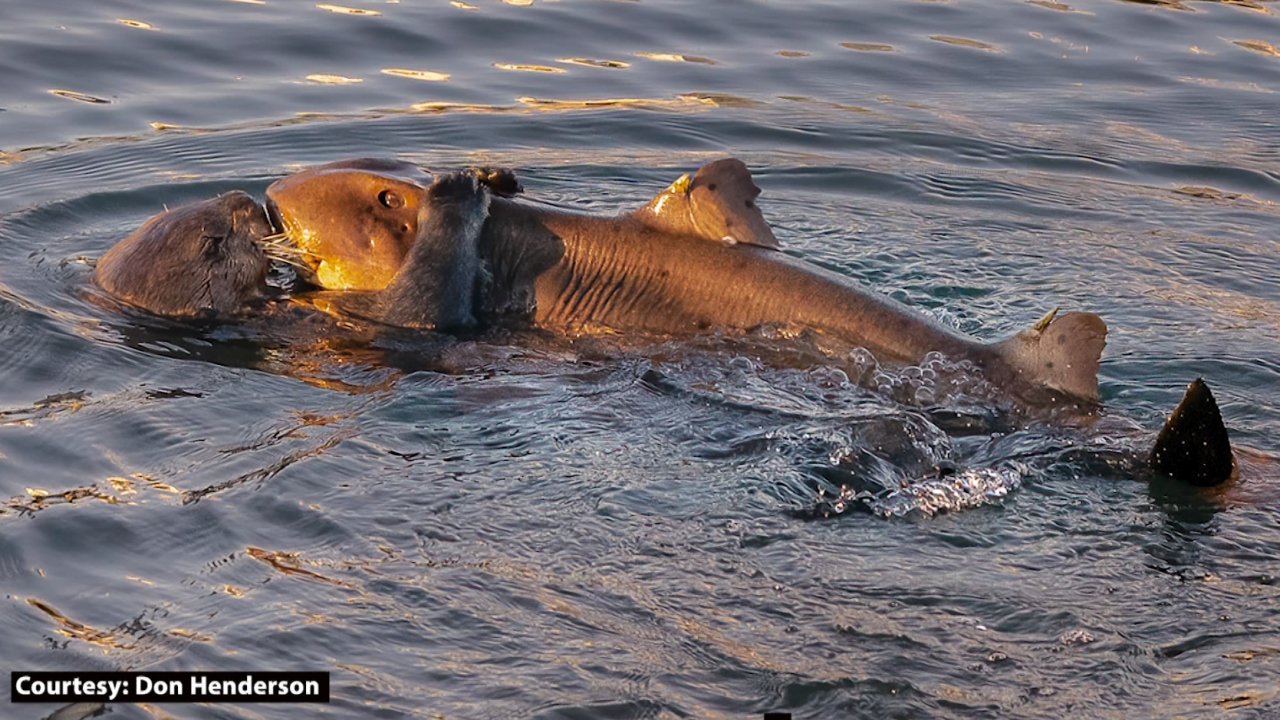 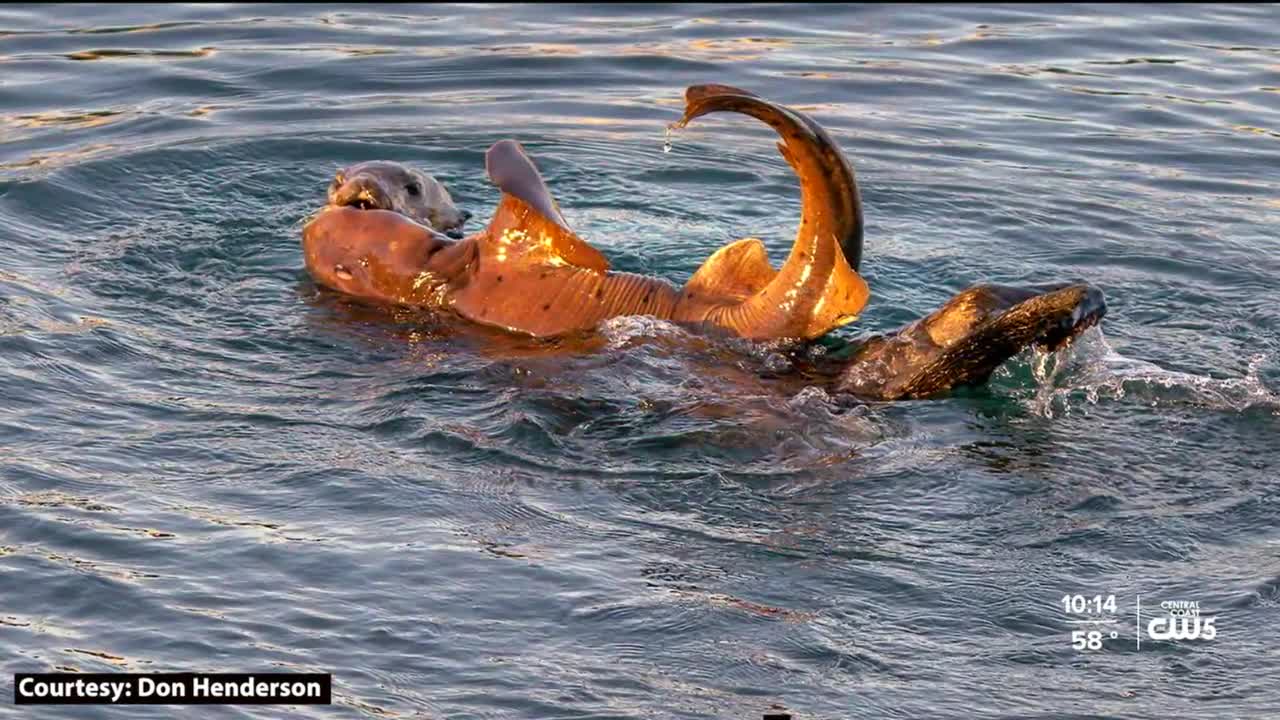 Typically inside the bay, otters can be seen eating mussels, clams and crab, but on Tuesday photographers Alice Cahill and Don Henderson snapped a rare moment of a sea otter capturing a shark.

According to Fish and Wildlife Senior Wildlife Specialist, Mike Harris, it is unclear what exactly the otter was doing but some ideas have been floating around.

There is no indication at this point if the animal did feed on the shark or what exactly is was doing with it, but the moment was one of a kind.

"It is the first documented case within the sea otter research community of an otter capturing a horn shark," Harris said.

Local boat tour guides tell me this isn't the first time they've heard of otters having a rare catch of the day.

Owner and operator of Sub Sea Tour in Morro Bay, Kevin Winfield said he recently he saw a sea otter near his boat retrieve an octopus.

Fish and wildlife spent time Tuesday searching for the otter with the shark, but did not find them together, so the fate of the shark will remain a mystery for now.