More charges filed in connection with July 21 protest in SLO 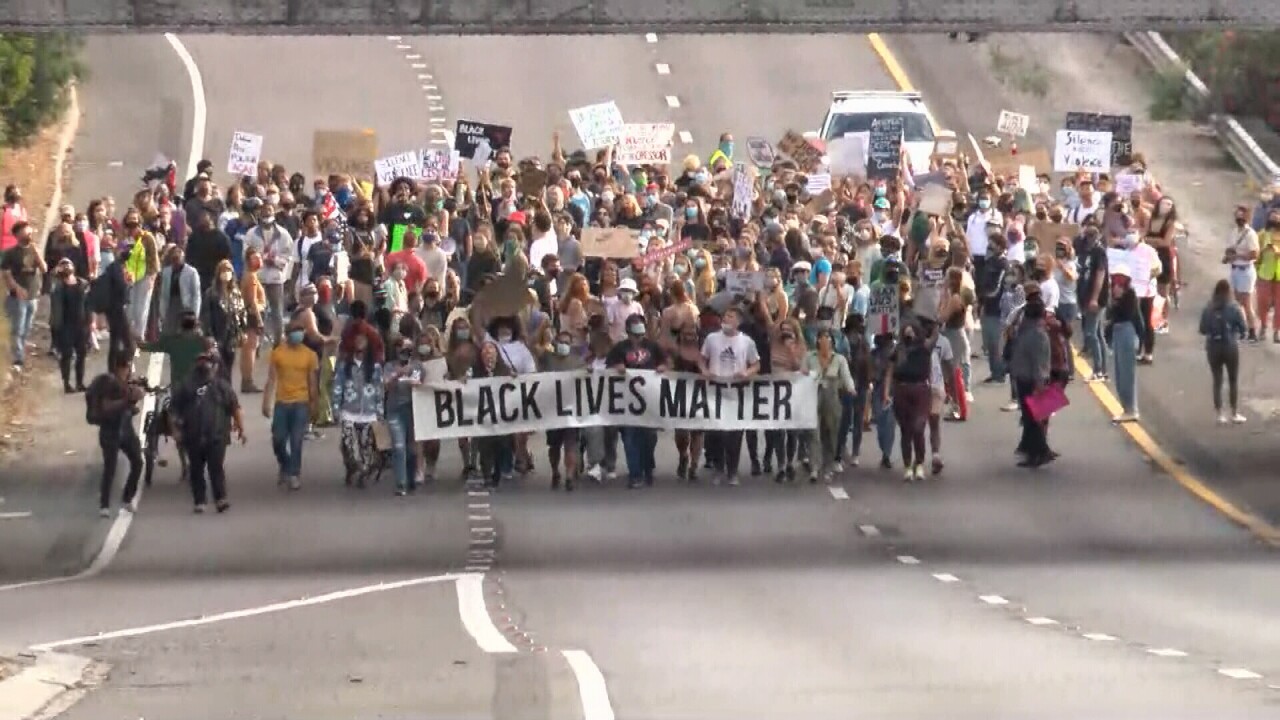 Copyright 2020 Scripps Media, Inc. All rights reserved. This material may not be published, broadcast, rewritten, or redistributed.
KSBY
Protesters march on Highway 101 in San Luis Obispo on Tuesday, July 21, 2020. 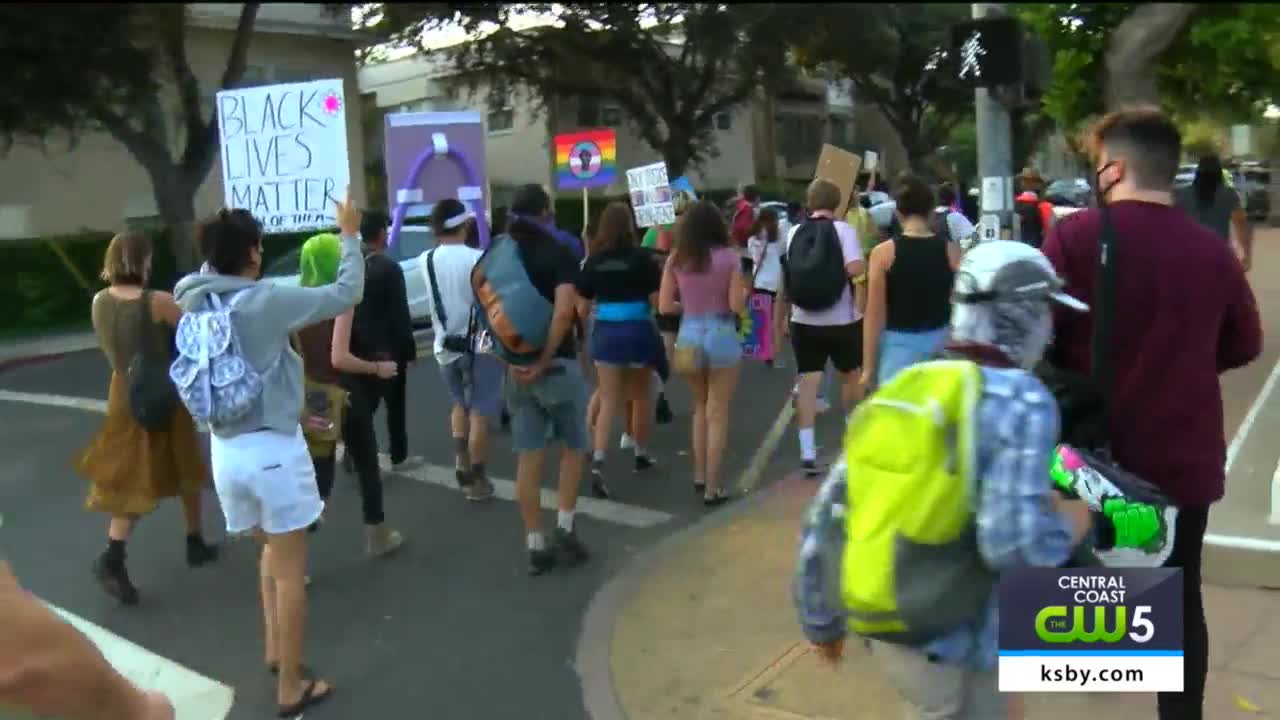 A total of six people were charged Friday in connection with a Black Lives Matter protest that took place in San Luis Obispo on July 21.

During that protest, demonstrators blocked Highway 101 and police claimed some protesters committed acts of vandalism.

Lastra is charged with false imprisonment and felony vandalism for allegedly throwing a skateboard at a silver BMW, breaking the car's back window.

He was reportedly arrested in Atascadero Friday and was expected to be released on zero bail after being booked at San Luis Obispo County Jail.

Sam Grocott, who is facing three charges of false imprisonment, told KSBY News on the night of the protest that he was struck by the same silver BMW Lastra is accused of vandalizing.

"That's when I ended up on his hood, holding on next to the windshield wipers as other protesters gathered around to stop him," Grocott said, adding that the driver was yelling profanities at the protesters, telling them to get out of the way, and driving onto the shoulder of the highway.

Hill, the third protester charged Friday afternoon, faces one count each of false imprisonment and vandalism.

Earlier in the day, Marcus Montgomery, Joshua Powell, and Amman Asfaw were also charged in the case.

Montgomery faces charges of false imprisonment, obstructing the free movement of a person in a public place, and resisting or delaying a peace officer.

They are now co-defendants with protest organizer Tianna Arata, who was arrested the night of July 21. She faces 13 misdemeanor counts that include obstruction of a thoroughfare, false imprisonment, unlawful assembly, and disturbing the peace by loud noise.

Arata appeared in court for the first time in September but did not enter a plea at her arraignment. She is scheduled to return to court on October 22.

Arata's defense team filed a demurrer alleging the charges against her are unconstitutional. Attorney Curtis Briggs called the criminal complaint against Arata "invalid" and said her activities during the protest were "lawful and protected" under the First Amendment.

After the charges were filed against Montgomery, Powell and Asfaw on Friday, Briggs told KSBY News, "By continuing to misstep in his handling of this case, [District Attorney Dan] Dow is unwittingly doing more to advance the civil rights movement than any group of BLM protestors ever could. Dow is using taxpayer dollars to double down on a bad hand, thereby giving these young activists a platform they would never have had without Dow's help. Thank you, Mr. Dow!"

Starting at 4:30 p.m. Friday, a group began to gather in protest at Mitchell Park and marched through downtown San Luis Obispo.

Another demonstration is planned outside the San Luis Obispo County Courthouse at 8 a.m. on the morning of Arata's next court date, October 22.

Another protester who was arrested on July 21, Elias Bautista, has pleaded not guilty to charges of resisting an executive officer and resisting, obstructing or delaying a peace officer.