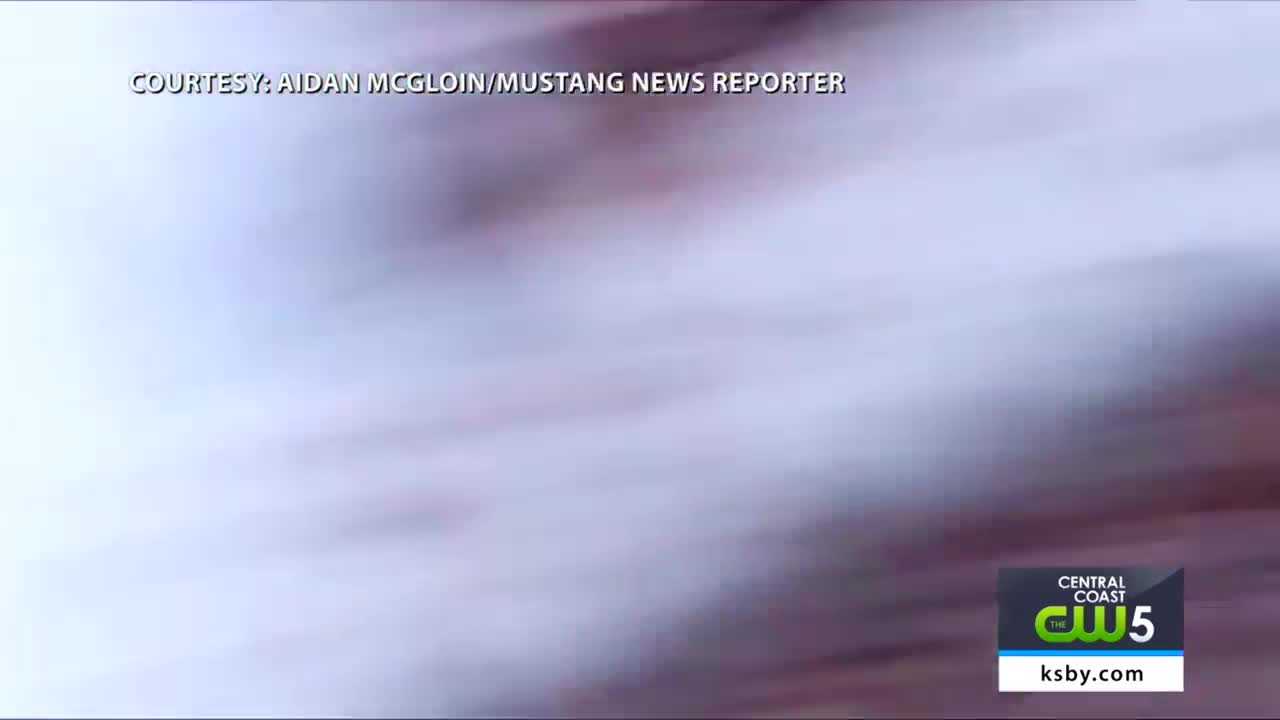 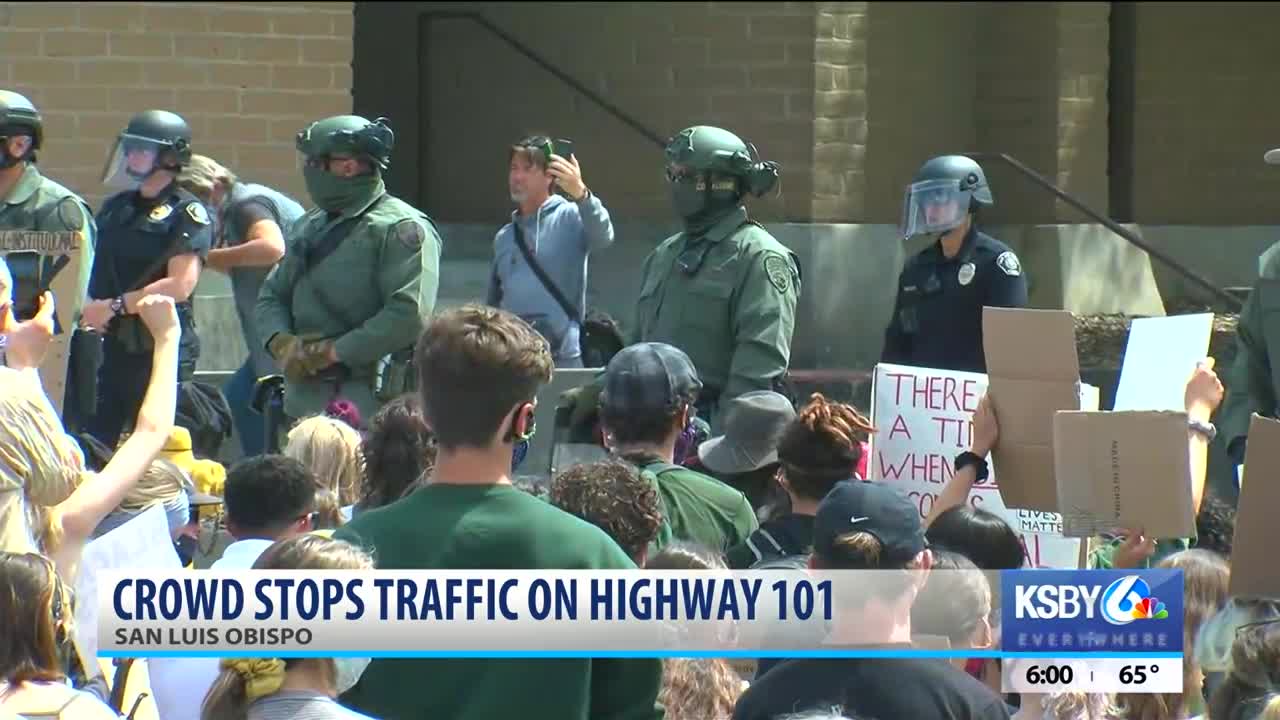 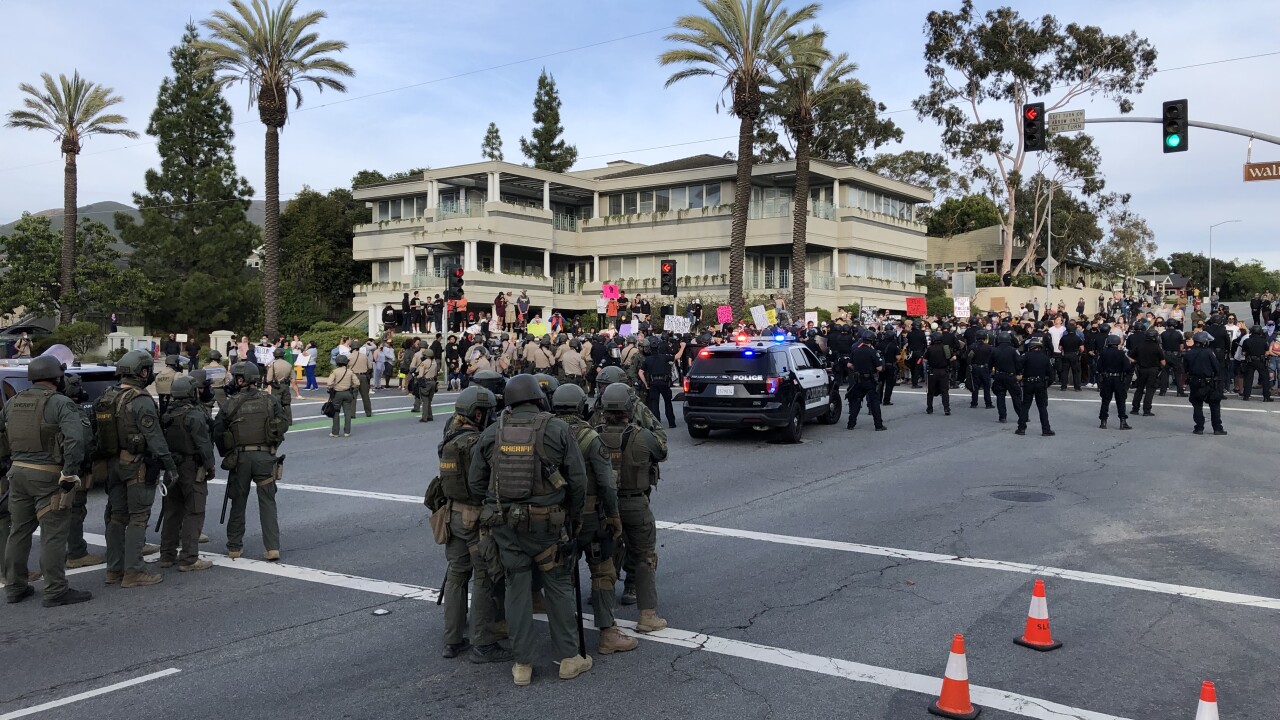 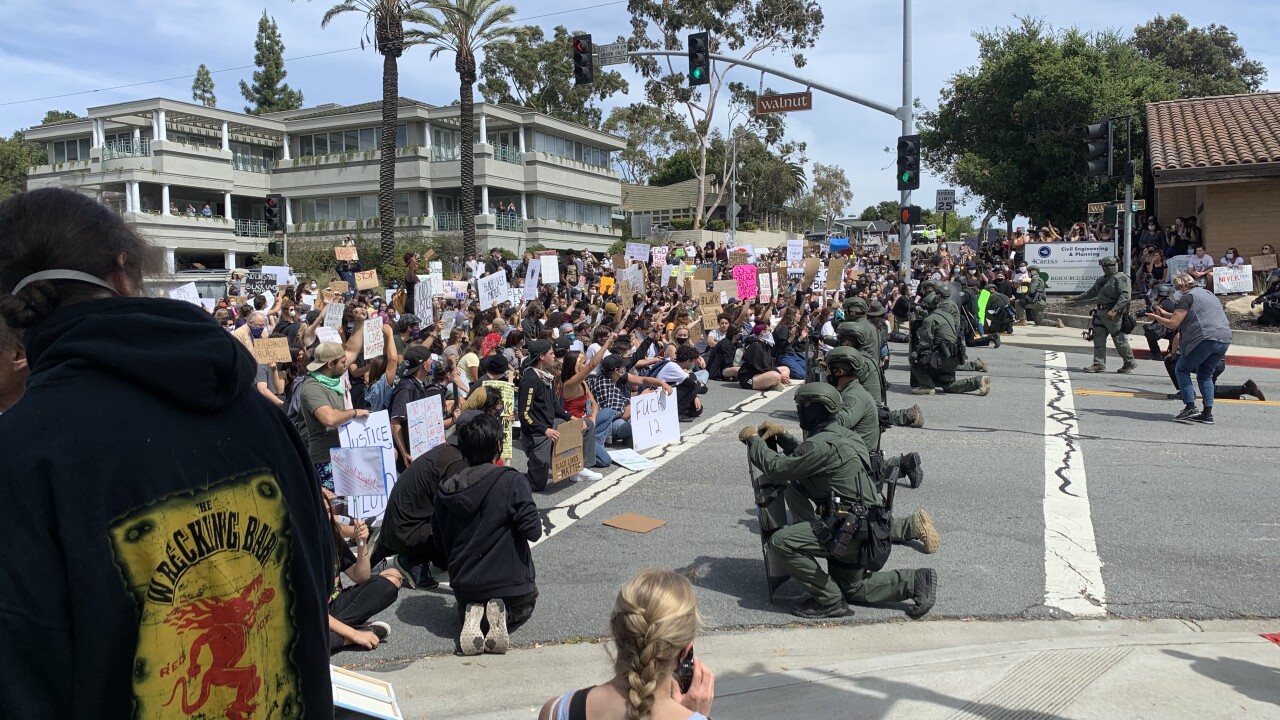 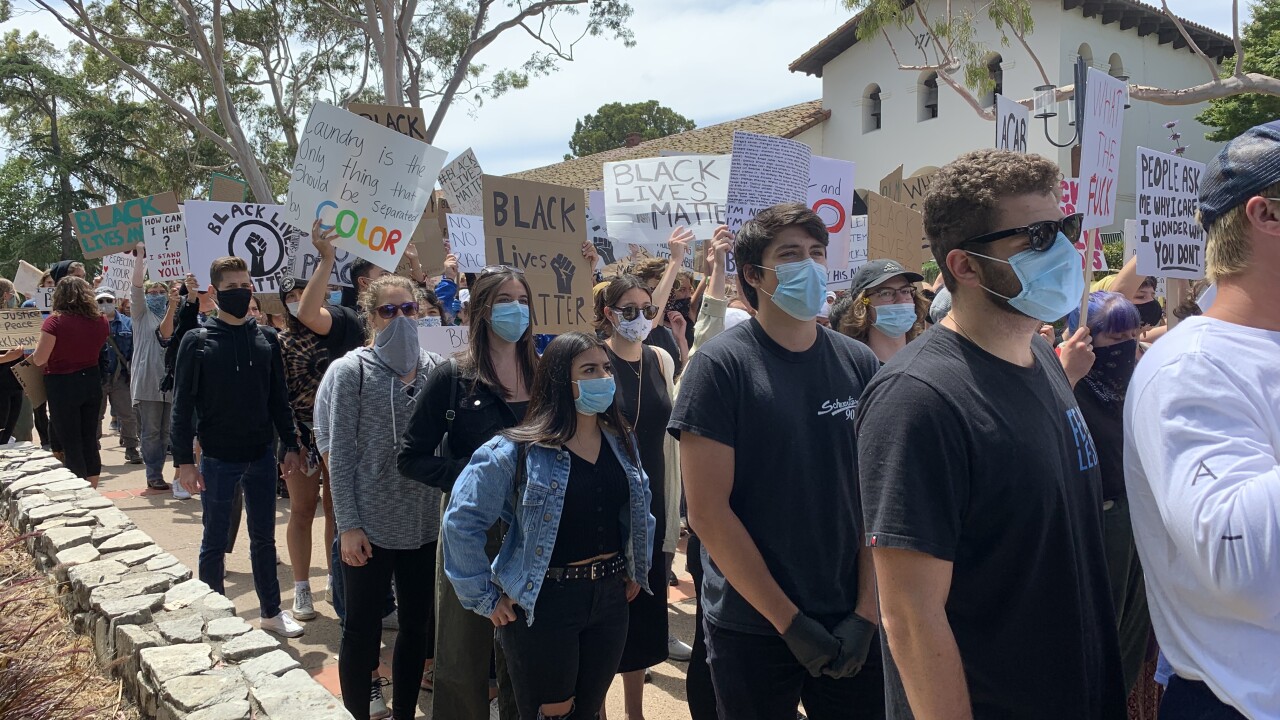 UPDATE (8:55 p.m.) - Police say the the protest in San Luis Obispo was declared an unlawful assembly because it was determined there were "public safety risks."

The main crowd of protesters was dispersed, but a heavy law enforcement presence remained in the downtown area.
___

UPDATE (8:30 p.m.) - Police moved in a line down Santa Rosa Street toward downtown San Luis Obispo to disperse the crowd.
___

UPDATE (8 p.m.) - San Luis Obispo Police declared a gathering of protesters at the corner of Santa Rosa and Walnut Street an unlawful gathering.

The intersection was blocked off by a large law enforcement presence starting at around 6:30 p.m. Some protesters left the area after being asked by police to disperse.

At 8 p.m., officers began to arrest a small number of protesters.
___

UPDATE (5:15 p.m.) - Protesters have moved off the freeway and returned to downtown San Luis Obispo.
___

(4:08 p.m.) - Hundreds of protesters gathered at Mission Plaza in San Luis Obispo on Monday afternoon, demanding justice for George Floyd, a black man who died when a white Minneapolis police officer kneeled on his neck for more than eight minutes.

Following a rally, the protesters marched through the downtown streets, chanting, "No justice, no peace, no racist police."

They ended up in front of the San Luis Obispo Police Department, where police had Walnut Street blocked off. Some officers were wearing body armor and helmets and carrying shields. The crowd chanted, "Why are you in riot gear? We don't see no riot here."

They protesters called for the officers to kneel with them. The officers eventually obliged, taking a knee with the protesters, and the crowd erupted in cheers.

The crowd then headed toward the intersection of Santa Rosa Street and Foothill Boulevard, which was blocked off. Several Highway 101 off-ramps were also temporarily blocked off to keep the protesters safe.

At about 4 p.m., law enforcement stopped traffic in both directions on Highway 101 near the Santa Rosa Street overpass as protesters made their way onto the freeway, walking southbound in the northbound lanes.

All ramps between Madonna Road and Grand Avenue were closed.