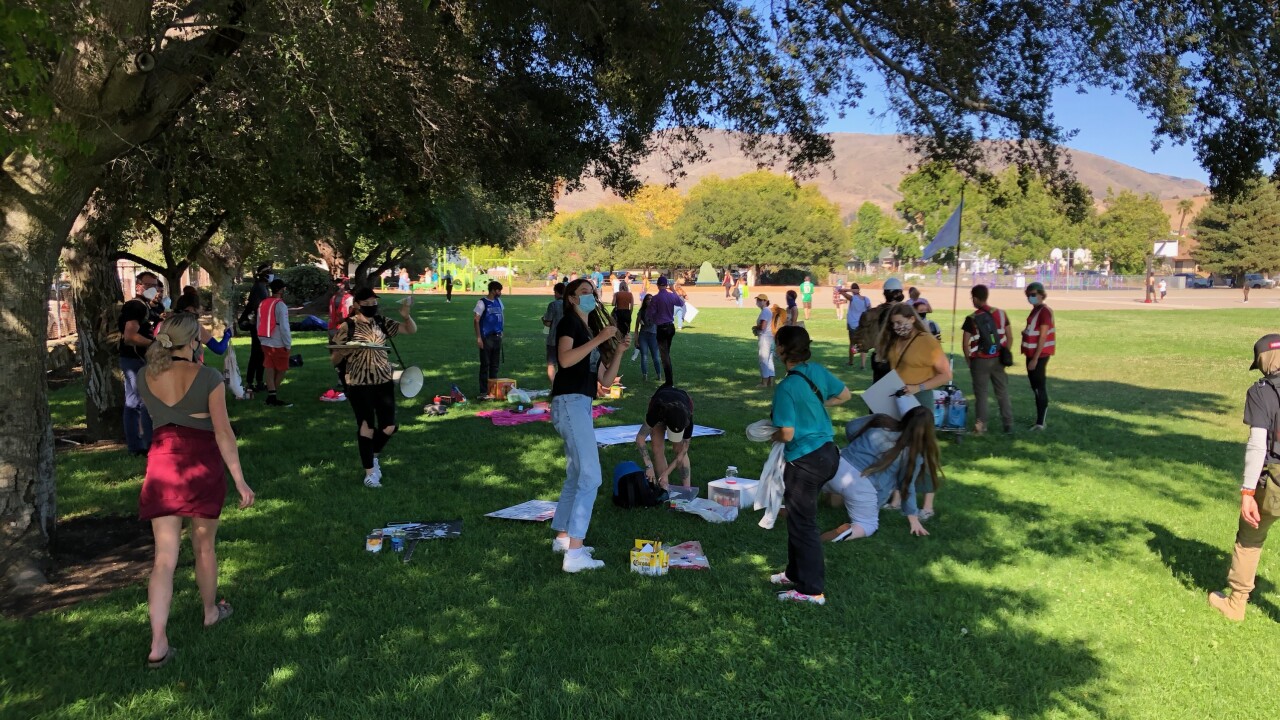 Copyright 2020 Scripps Media, Inc. All rights reserved. This material may not be published, broadcast, rewritten, or redistributed.
KSBY
Protesters gather at Emerson Park in San Luis Obispo on Wednesday, Aug. 12, 2020.

Protesters planned to march from the park to the San Luis Obispo County Courthouse and back. San Luis Obispo police said the Highway 101 on and off ramps from Marsh Street to California Boulevard would be closed as a precaution.

Demonstrators are demanding that the budget for the San Luis Obispo County Sheriff's Office be defunded and that money reallocated toward Social Services.

They are also demanding that no charges be filed against protesters Tianna Arata and Elias Bautista. Police say Arata is responsible for leading a protest march on July 21 that blocked Highway 101 and, they say, resulted in vandalism. Bautista is accused of assaulting an officer during Arata's arrest.