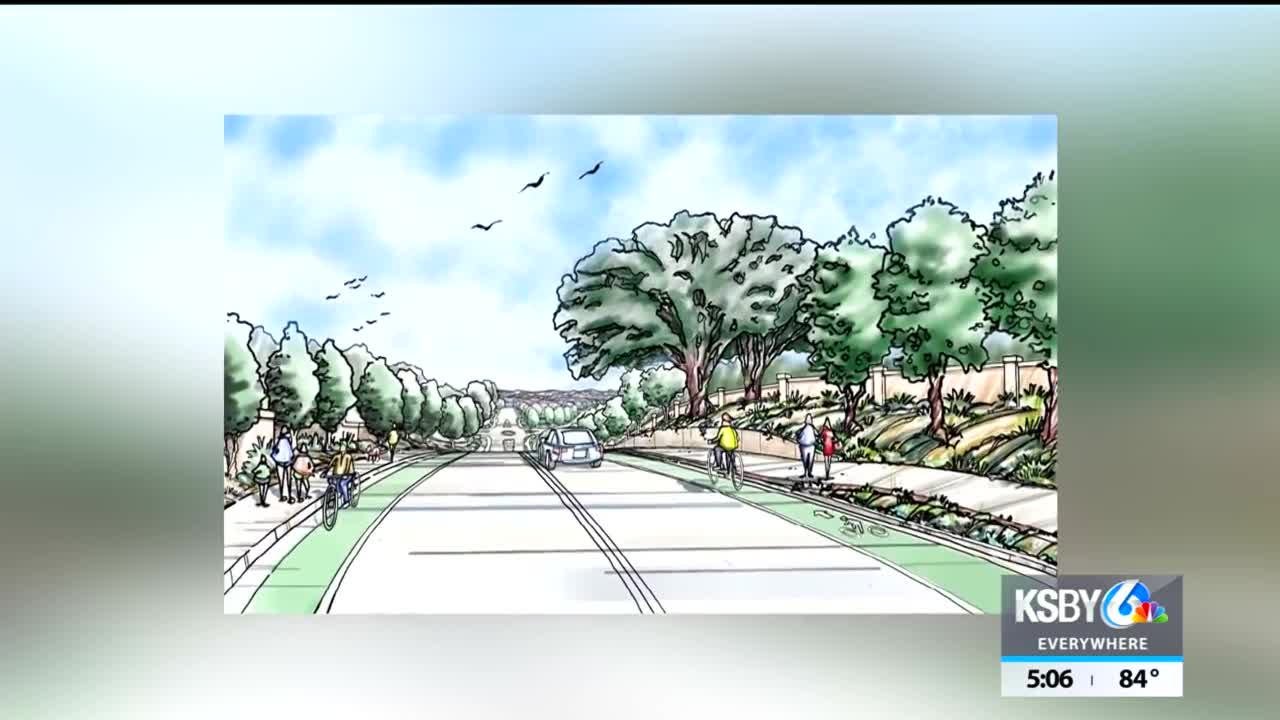 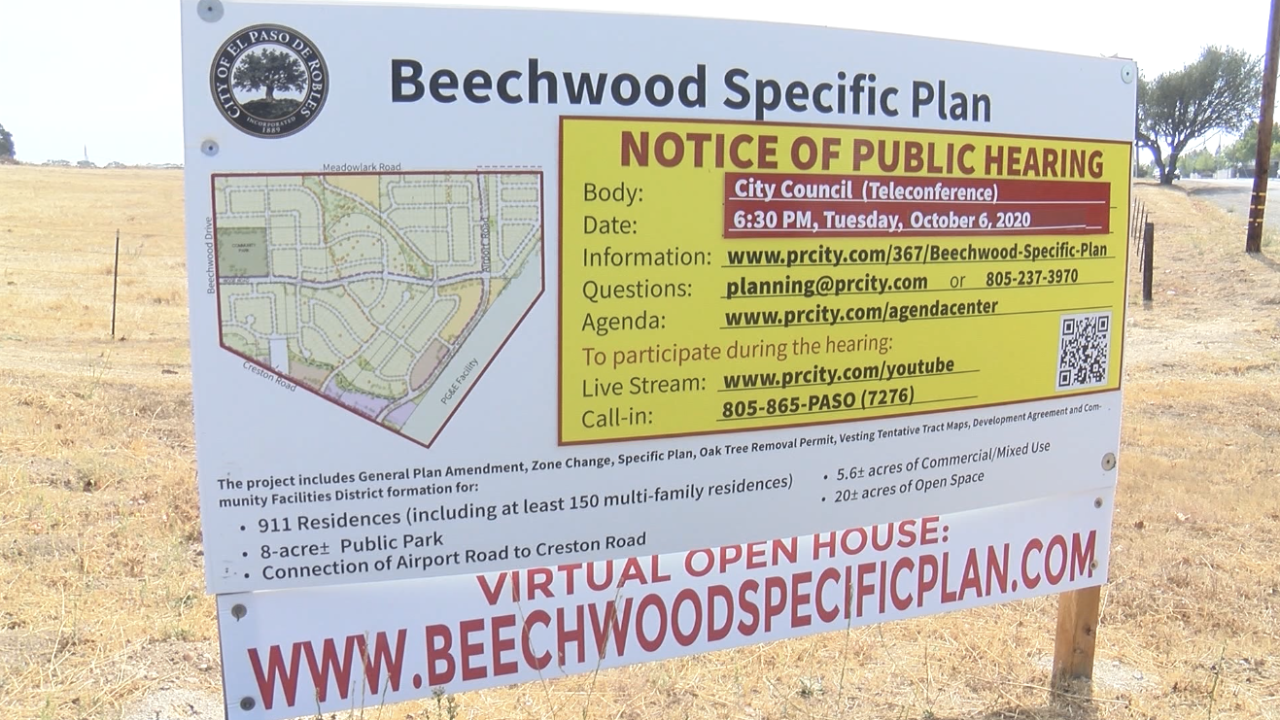 A public hearing will be held Tuesday for the largest housing development currently in the works in Paso Robles.

It's another opportunity for the community to comment on the Beechwood Specific Plan near Virginia Peterson Elementary School.

The project has been at least 14 years in the making, but Tuesday night could mark the final hurdle.

"Our objective is to secure approval of the development plan, the environmental impact report, and the development agreement between the city and the property owners," said Dan Lloyd, Beechwood Specific Plan Project Manager.

The project spans roughly 230 acres with upwards of 900 housing units.

"This is the largest one that we have at this time and really the last of the specific plans that we see in the near future," said Darren Nash, Paso Robles City Planner.

The majority will be for sale with a portion for rent.

"We believe that there will be somewhere in the area of 100 to 150 units that will be for rent," Lloyd said.

There will be more than eight acres for a public park, more than five acres of commercial, mixed-use space, 20+ acres of open space, and improvements to existing streets.

If approved Tuesday, the soonest construction could start is one year from now and it could take up to 10 years to complete.

"It's been a part of the city's general plan in zoning for a long time. The city is looking forward to bringing it forward, getting it before the council," Nash said.

To participate during the hearing: