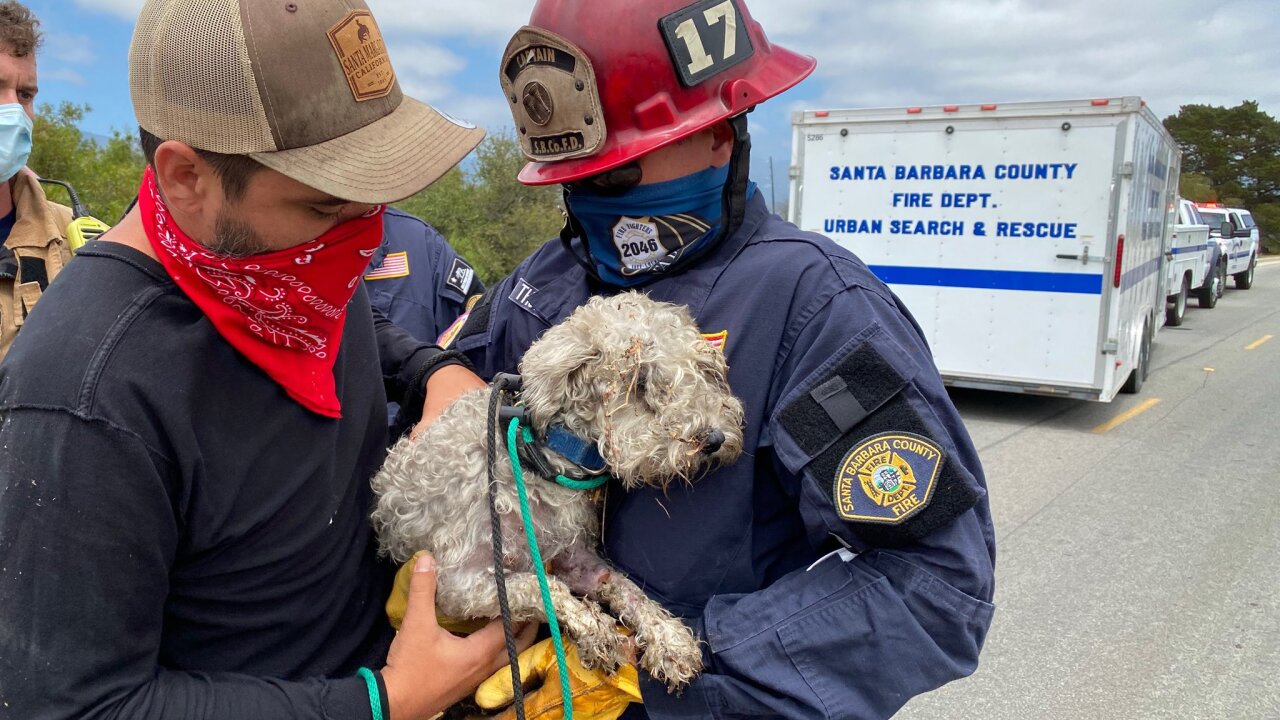 The dog, named Sophie, was stuck in a storm drain beneath Mesa Road between Los Carneros and Stadium Way.

The rescue took about 20 minutes, when firefighters used a hose to coax Sophie to one end of the storm drain where a firefighter was waiting to grab her and take her up a ladder to safety.

Fire officials say they believe Sophie was stuck in the 18 inch drain pipe for about three days.

Sophie is a two-year-old mix and was reunited with her family. The family says she had been missing for about 30 days.

It took SBC about 20 minutes to rescue Sophie, a 2 yr old mix, that had been in a 18” drainpipe for three days on the UC Santa Barbara campus. FF’s used a hose line to coax the dog to another awaiting FF and was brought to the surface. C/T 12:57 **Call Newsline** pic.twitter.com/I4Y0agpDrs