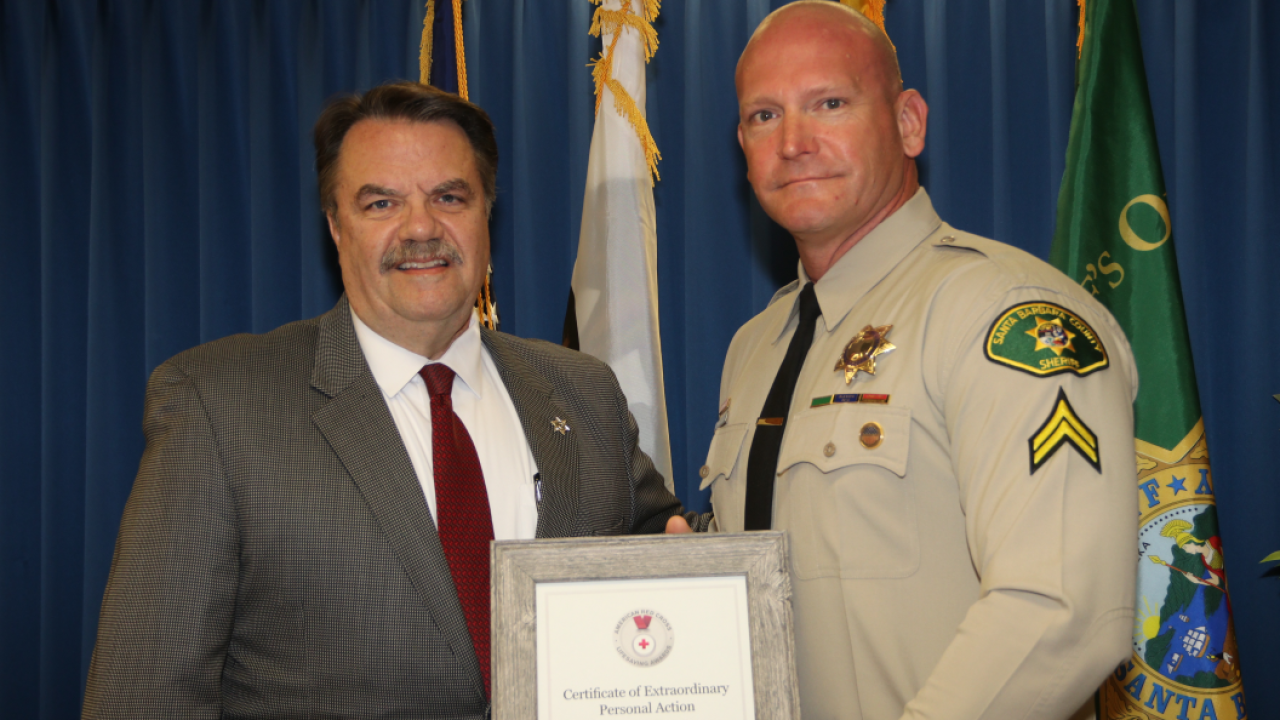 A Santa Barbara County Sheriff's Detective is being honored for saving the life of a 1-year-old.

On June 21, 2019, Detective MacAuley was patrolling the 3300 block of Orcutt Road in Santa Maria, when he was flagged down by a distraught father who was carrying his limp 1-year-old child. The child was unconscious and not breathing.

Detective MacAuley performed live-saving efforts on the child and was able to dislodge a small piece of plastic the child had swallowed.

MacAuley says he had never seen a look as horrifying as the face of the father when he handed him his child.

“I am just glad that I was there, and able to get the child breathing again. I was as relieved as the father,” Detective MacAuley said.

Detective MacAuley is a 10-year veteran of the Santa Barbara County Sheriff’s Office.