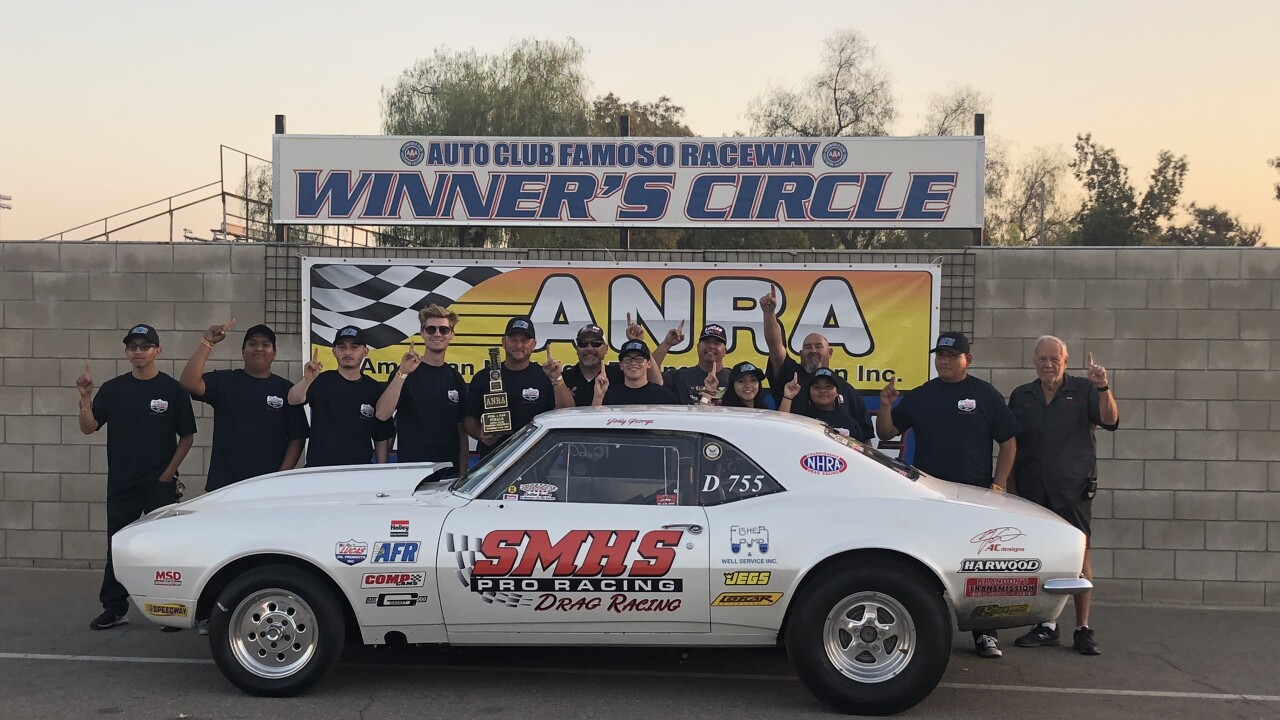 The Santa Maria High School Race Team is celebrating after a huge victory this past weekend.

The team won the 35-car D/Gas Class elimination during the American Nostalgia Racing Association's event at the Auto Club Famoso Raceway in Bakersfield. Their 1968 Chevrolet Camaro proved to be the best in the 10.60 second bracket on Sunday.

It's the team's first win since the program started in 2007.

The team also raced and qualified a 1974 Comet in the E/Gas and Hot Rod classes. It won in the first round of the Hot Rod competition but was eliminated in the second round.