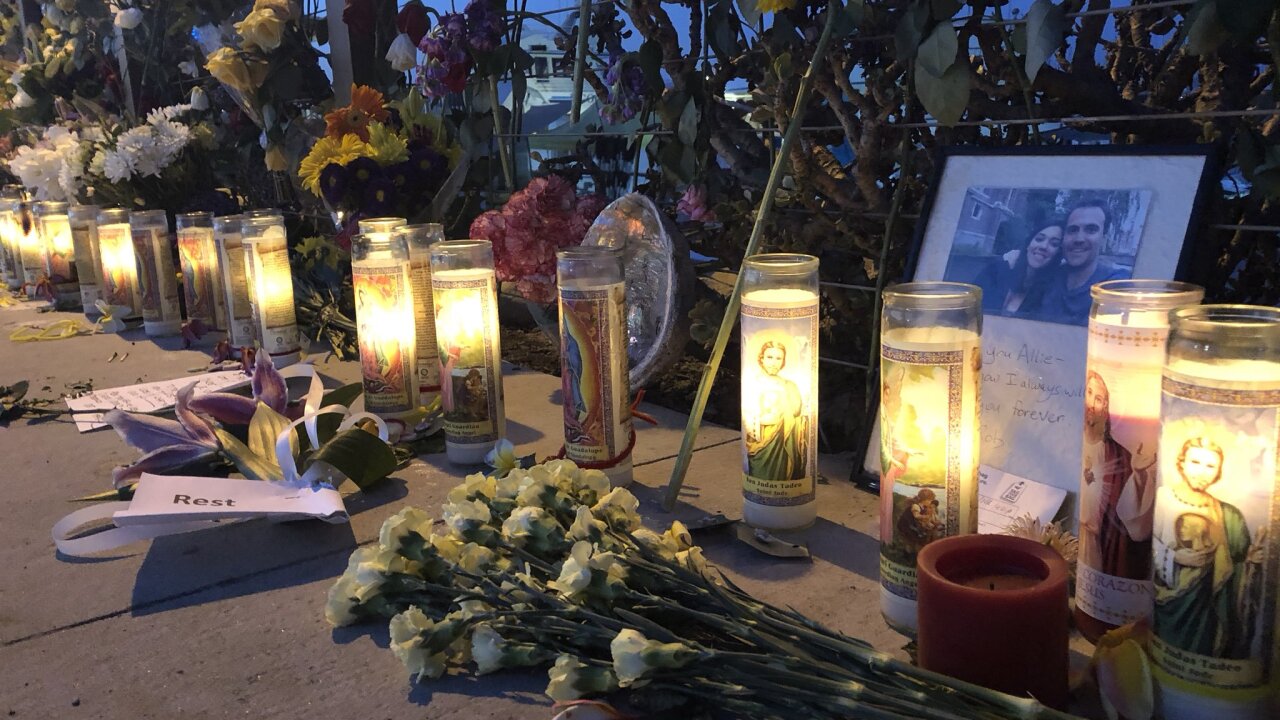 Copyright 2019 Scripps Media, Inc. All rights reserved. This material may not be published, broadcast, rewritten, or redistributed.
KSBY
Flowers, candles and photos are left at the Santa Barbara Harbor to honor the victims of the Conception dive boat fire.

UPDATE (4:35 p.m.) - The Santa Barbara County Sheriff's Office says it has now been able to positively identify 23 of the 33 recovered victims of the Conception boat fire.

The identities of nine of those victims were released Friday morning.

The additional victims have since been identified as:

The name of one additional victim has not yet been released because the family has not been notified, according to sheriff's officials.

(10:25 a.m.) - Santa Barbara County Sheriff Bill Brown says the coroner's office has positively identified the remains of 18 of the victims of the Conception boat fire.

Thirty-four people were killed when the boat caught fire and sank off the coast of Santa Cruz Island early Monday morning. The bodies of all but one of the victims have been recovered.

Sheriff Brown says authorities are now focused on finding the final victim and recovering evidence for the investigation.

Brown says because of the fire's intensity, the coroner's office has been using DNA analysis to identify the victims.

Of the 18 who have been identified so far, 9 have had next of kin notifications:

Brown says traditional autopsies will not be performed, as the pathologist is convinced that the victims died of smoke inhalation.

The community is invited to participate in a public vigil for the victims at Chase Palm Park in Santa Barbara at 6:30 p.m. on Friday.