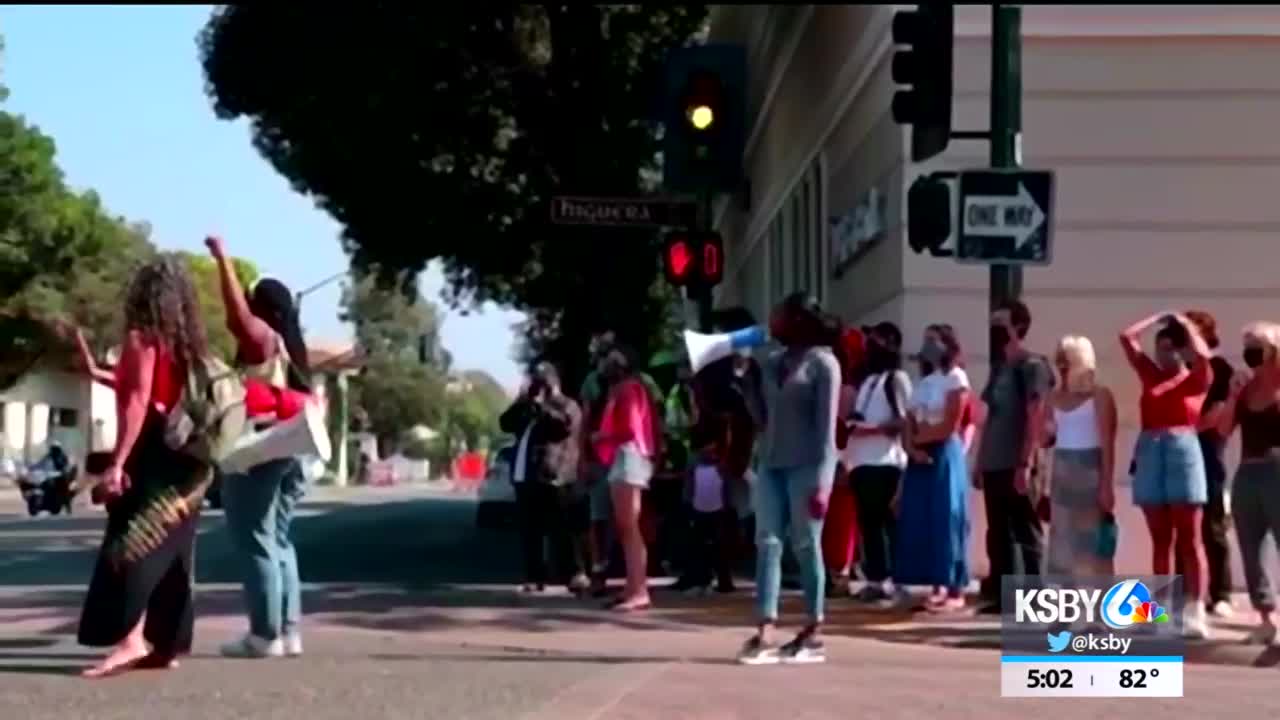 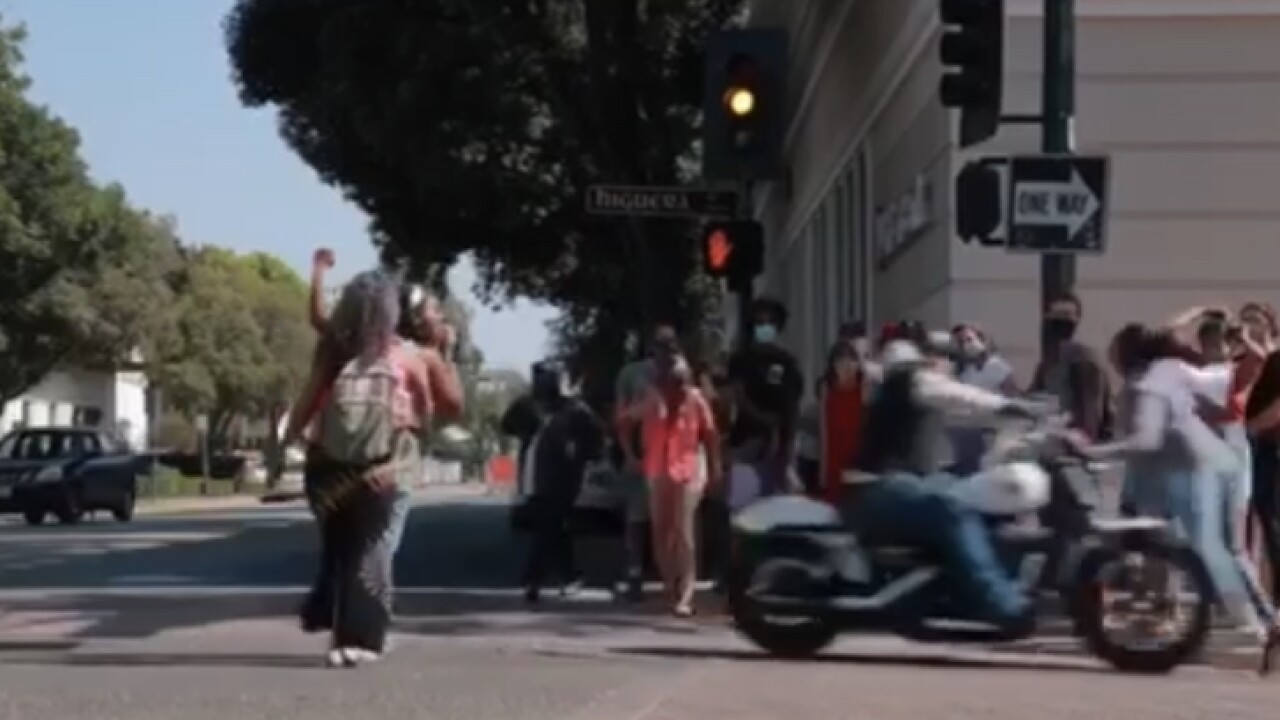 San Luis Obispo police are recommending a misdemeanor charge be filed against a motorcyclist who they say struck a pedestrian during a Black Lives Matter protest on September 2.

It happened in a crosswalk at Osos and Higuera streets.

Police say the victim was struck in the left leg but did not sustain serious injuries.

Police say after the incident, the motorcyclist filed a report with the San Luis Obispo Police Department claiming the protesters tried to knock down his motorcycle. However, police said in a press release issued Wednesday that videos of the incident taken by bystanders, eyewitness interviews, and other evidence "do not depict any physical interaction between the pedestrians and the motorcycle," other than when the motorcycle struck the victim.

"We carefully reviewed various videos and photos provided to SLOPD frame by frame to get the most complete perspective possible and determine who was at fault," said SLOPD Capt. Jeff Smith.

Police say a couple of people who were standing and walking outside the crosswalk at the time are also being issued citations for obstructing vehicle traffic lanes.