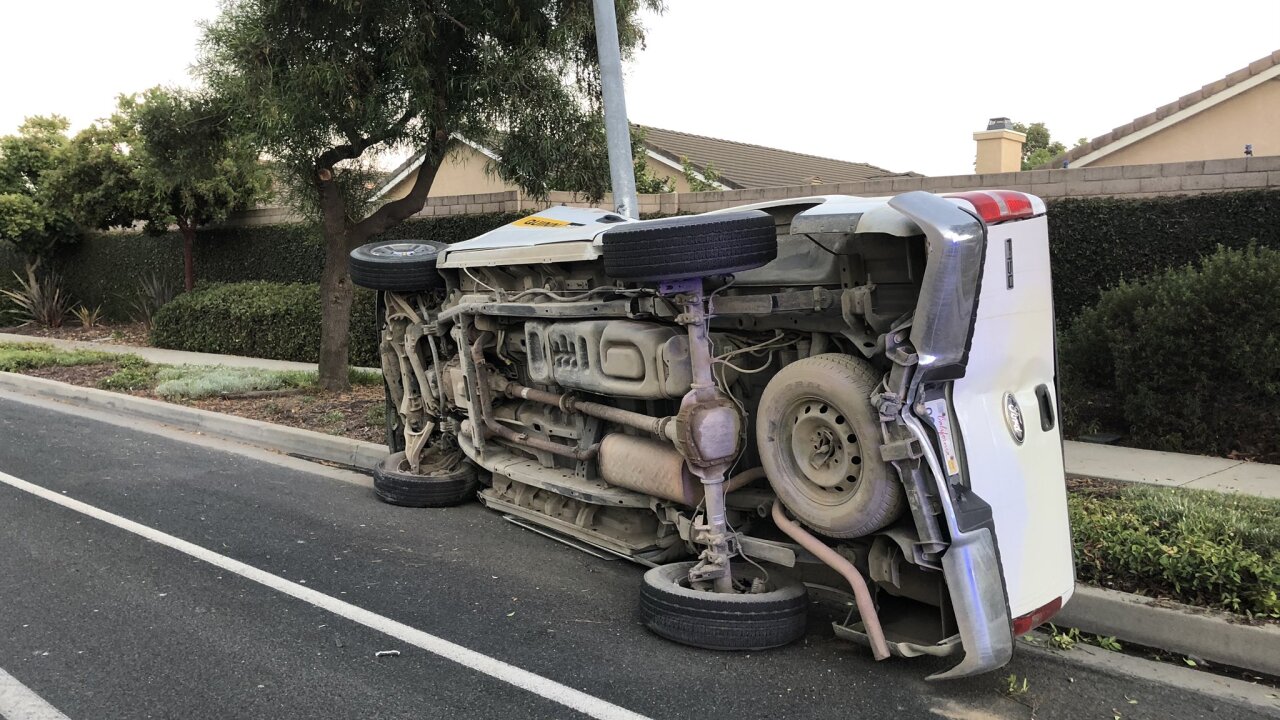 California Highway Patrol and the Santa Maria Police Department made an arrest after responding to an overturned vehicle at Donovan Road and Canyon Drive on Aug. 8.

Two young men from Bakersfield – one adult, 18, and one juvenile – stole a truck from Quinn’s Rental Services in Santa Maria, according to police.

Police said the young me drove around, hitting a few things and eventually running into a pole in front of the CHP office, which caught the attention of several officers.

CHP followed the truck into a neighborhood where officers found the truck overturned after hitting yet another pole.

Officers caught the young men running from the scene and Santa Maria Police Department assisted with the arrests.

Police said the juvenile was released to his parents and the 18-year-old will be booked to the Santa Barbara County Jail on charges of auto theft and hit and run.

Police said they also found two other young men from Bakersfield waiting behind the Quinn Rental Service, who were not arrested.