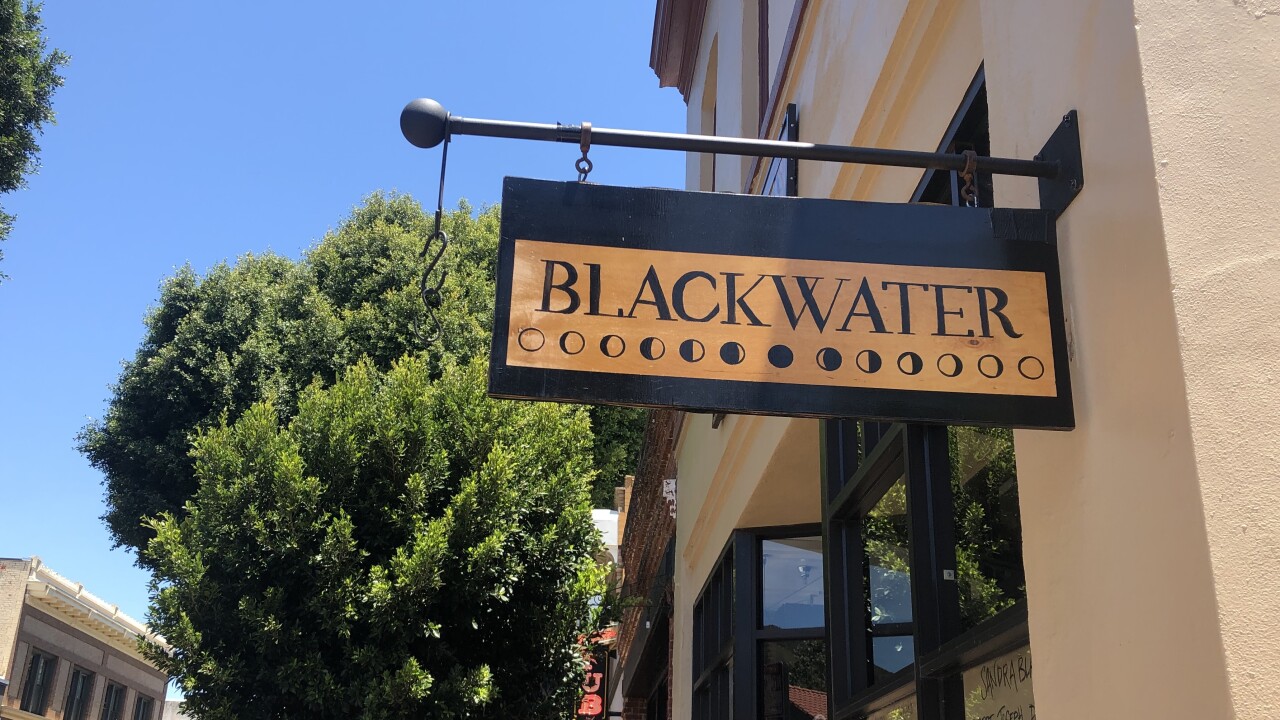 Part of the shopping experience is trying on clothes, but that can be difficult during a pandemic when health experts warn the coronavirus can stick on surfaces.

Large chains like TJ Max and Target are not allowing guests to try on clothing items, but smaller retail shops in downtown San Luis Obispo say they have taken safety measures to allow fitting rooms to remain open, despite spikes in COVID-19 cases across the country, state, and county.

Employees at Blackwater on Higurea St. said they have been steaming their clothes after customers try to them on as a sanitation practice.

“I think remembering that we should be cleaning everything after every single customer," said Emma Walker, a Blackwater. "Sometimes it gets busy and we don't, first thought isn't to clean afterwards.”

The process works by steaming each clothing item after it is tried on by a customer, a technique Walker says the owner learned from another boutique in Portland, OR.

“We are spraying all of the hangers with Lysol making sure they're all cleaned because [the coronavirus] can stick to metal surfaces," Walker said. "We put them in our little side, stockroom steam and then that way the heat is so it's like killing all the bacteria that could be on them and then we're letting them sit for a while.”

Customers at Blackwater can take two items into the fitting rooms at a time, but returns are not allowed.

Other local retail stores like SLO Swim and Avanti said they also allow customers to try on clothing items.

Some community members said they feel comfortable with trying on clothes, even during the pandemic.

“I actually bought a blazer [at Blackwater] and I tried it on in the store and I felt fine with that. I would just want to be careful and just wash," said Adrienne Brabant, a shopper. "I probably put it away for a few days if I bought it and not let it touch things and then be careful about washing my hands and not touching my face.”

Despite the additional obstacle in cleaning each item, Walker said the ability to try on clothes is crucial to having a summer wardrobe.

"That's why I think it's really important that fitting rooms are open because most people aren't doing returns right now," she said. "Instead of just buying it, taking it for a chance, and then not being able to do anything about it.”

The store is also limiting the capacity to 10 customers at a time, and are blocking off the door once the store is full.

Blackwater also has masks available at the front of the store for guests. Walker says they made the mask requirement for guests before it became a state mandate last week.

On Saturday, many flooded the streets, as the 'Open SLO' pilot program kicked off Friday night.

“I think it's really cool that they've shut down the streets and kind have made it feel a little bit safer to gather. I think I kind of personally wonder what's safe and what's not safe," Brabant said. "I like to be able to have more open space and still go out and kind of support some of my favorite businesses.”