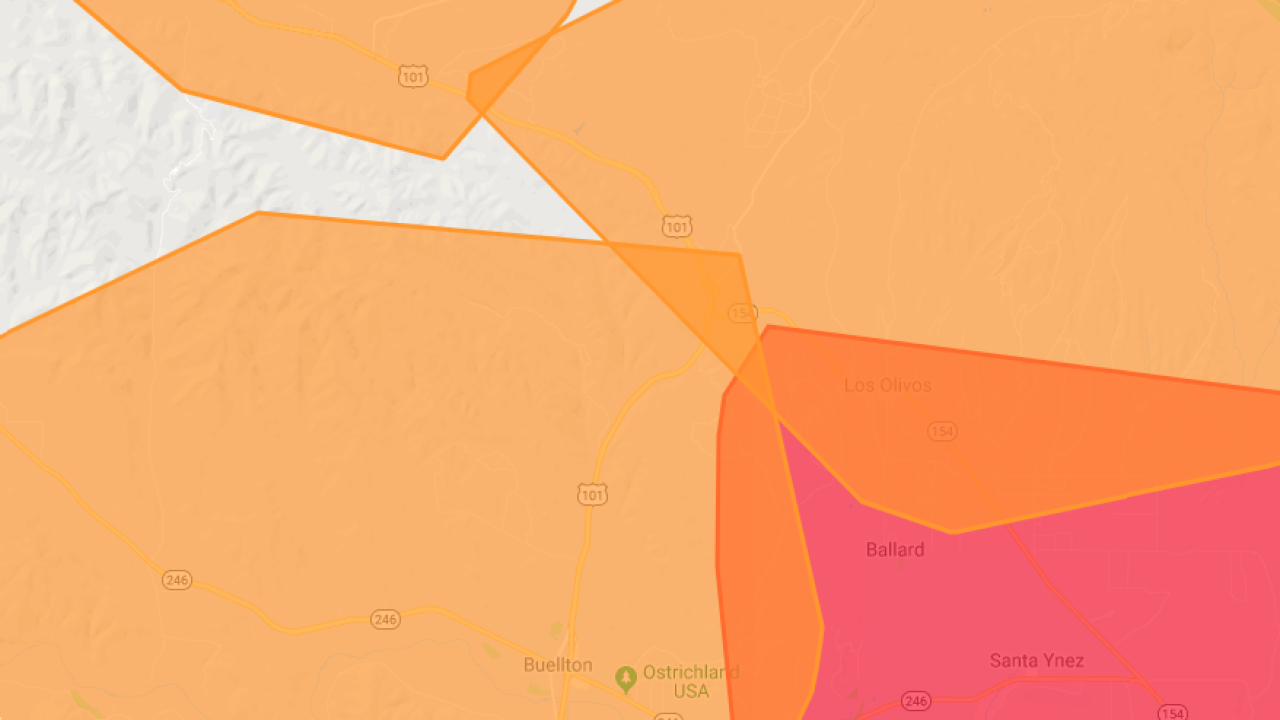 UPDATE (6:51 p.m.) - PG&E reports that 1,968 customers are still without power after a massive power outage Monday afternoon in the Santa Ynez Valley.

A PG&E spokesperson says the outage affects those in the Santa Ynez, Buellton and Solvang areas near where fires broke out Monday afternoon.

PG&E's crews on scene are working with first responders in an effort to restore power as safely and quickly as possible.
__

The outages occurred at about 4:09 p.m. and were affecting areas from Highway 101 in Santa Maria south to Cachuma Lake.

More than 12,700 customers were impacted, according to PG&E.

PG&E was estimating power would be restored by 7:45 p.m.

No word on whether fires that broke out along northbound Highway 101 between Highway 246 and Highway 154 were to blame for the outages.